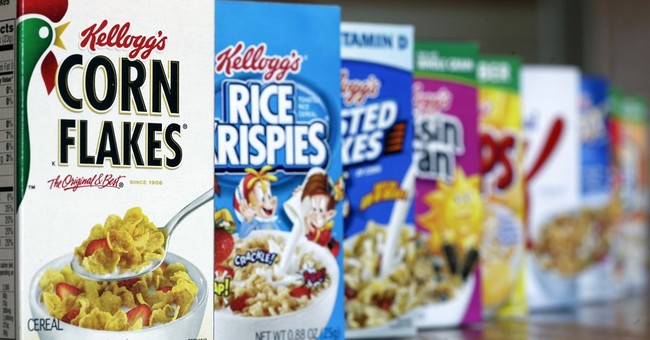 I skipped breakfast again this morning. I won’t worry about it.

Yes, I’ve heard the advice. “It’s the most important meal of the day.” It balances blood sugar levels, kick-starts your metabolism, stimulates the brain, etc.

But I’m not worried, because I now know there’s no proof that skipping breakfast causes heart attacks or any other problem.

In my latest video, nutritionist Dr. Ruth Kava points out that just about all the claims about breakfast being especially important are unproven.

Strokes and heart attack news persists in part because people who skip breakfast tend to have other bad habits, like smoking.

But the breakfast bunk keeps coming.

Several years ago, the government announced that skipping breakfast may make you fat. Of course, the media jumped on that one. “Missing breakfast tricks your brain into thinking you want higher-calorie foods,” says WebMD.

But it’s not true, shows a new analysis by the British Medical Journal.

“They looked on a number of different studies, and they did not find that eating breakfast … helped people lose weight,” says Kava.

The government has backed away from its claim.

Why did researchers and the government get it so wrong?

Partly because eating habits are hard to study. You can’t follow test subjects for years, continuously controlling what they eat.

So, many studies are based on what people say they ate. Some people forget. Or lie.

Many of us have been suckered by studies funded by cereal makers. Five of 15 studies mentioned by the government in its breakfast push were funded by General Mills or Kellogg.

“Yeah, well, they’re the ones that are interested in having their products sold,” says Kava.

On its cereal boxes, Kellogg touted that study that found people who didn’t eat breakfast could lose weight by starting to eat cereal or breads for breakfast instead of skipping breakfast altogether or eating meat and eggs.

“Don’t get your nutrition education from cereal boxes,” says Kava.

In fairness, cereal companies don’t always try to spin the results. One study funded by Quaker Oats found skipping breakfast was associated with weight loss in people who were overweight. Instead of ignoring the result, Quaker Oats actively pushed the researchers to publish the data.

Even cereal boxes might be better sources of information than television, though.

“Sesame Street” is more reliable than most shows, but even there, Michelle Obama told Grover he was probably tired because he hadn’t had a “healthy breakfast!”

While it’s true that a hungry child may not do well in school, Obama tells Grover, “Everybody should have a healthy breakfast.”

Not true. You need nourishment, but there’s no good evidence it has to come at a specific time of day.

“Eat breakfast if you’re hungry. If not, eat a little later,” advises Kava.

Of course, the key to good health isn’t just to do whatever you feel like doing. Our appetites can lead us astray. Smoking kills. Some tempting foods are unhealthy.

But years of consumer reporting have taught me that moderation and common sense are better guides than the hyped warnings from government and the media.