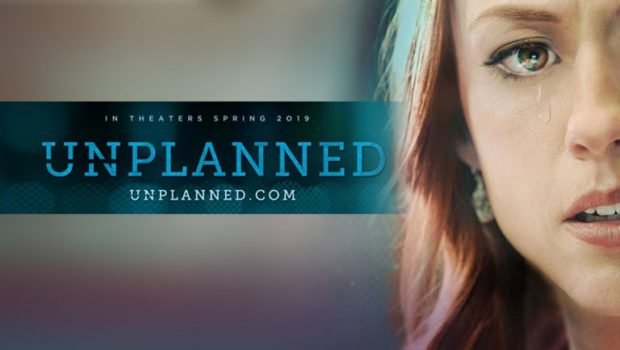 “Unplanned” hit theaters Friday and tells the story of a former Planned Parenthood director whose life changed after working at a clinic.

“The film is a kingdom project that has the potential to shift culture,” actress Robia Scott told The Daily Caller News Foundation.

Scott plays Cheryl, the clinic’s director, in the film.

The film does not condemn abortion, but presents the audience with a clear picture of what occurs in clinics. The movie is intentionally apolitical, revealing shortcomings of both pro-life and pro-abortion advocates.

On Sunset Blvd Unplanned continues to make bold moves and put the truth out there… right out there…. in the heart of Hollywood on Sunset Blvd. #sunsetboulevard #hollywood #hollywoodbystorm #unplanned @unplannedmovie #moviepremiere pic.twitter.com/iwW1DDQj91

Ashely Bratcher, who plays Johnson, said she was intentional about never calling abortion “murder” in the film, because the movie is not about condemnation.

Viewers watch the progression of a woman who entered the abortion industry to help women and discovers that Planned Parenthood is a business whose biggest money maker is abortion.

The goal of the film is to “inform the public so that abortion advocates truly know what they are supporting,” Johnson told TheDCNF. Putting her life on screen for the world to see is “a very vulnerable feeling,” she added, but ultimately worth it in order to “start a household dialogue on abortion.”

I thought I was prepared for this movie, but I was not. It is breathtakingly powerful. Deeply disturbing, but also inspiring. The movie opens this weekend. Please go see it: https://t.co/zITH8W5Fpq

At its conclusion, the film offers a helpline to audience members who’ve had abortions or are struggling with a difficult abortion experience.

Her group sent tickets to a number of Planned Parenthood clinics across the U.S. and are hopeful that clinic workers will see the film, Doug told TheDCNF. They also sent free tickets to dozens of pro-choice advocates, according to Doug.

Unplanned is rated R for “some disturbing/bloody images” of aborted babies.

Planned Parenthood did not respond to TheDCNF’s request for comment.

Capmocracy - January 24, 2021 0
Hyeri continues to be as active as an MC and acting projects.Hyeri is wearing Amelie Dress Line.Juliet Rose Slit Dress from Milkcocoa.Until next time, RubyFollow us...
Asia