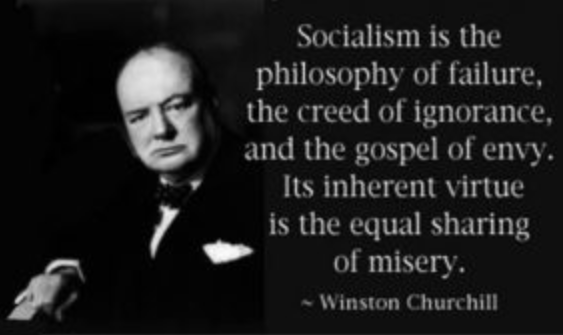 The arguments for socialism, a hot topic in modern politics, often revolve around progressives justifying it with a cry for ‘fairness’, or conservatives disparaging it while citing historical implementations of collective economics (i.e. Soviet Russia, Communist China, etc). What many people don’t reference, however, is the psychological science which shows how human nature will simply not allow ‘fair’ socialism to exist. A well-known clinical psychologist and professor, Dr. Jordan Peterson, explores the failure of twentieth-century Marxist regimes and explains their outcomes with human science. Although there are many facets to the complete case against Marxist theory- psychological, economic, historical, philosophical, and legal- here I will explore many of Dr. Peterson’s arguments (along with many other cognitive theories), and the aspect of the human mind which prohibits any sort of equitable socialism.

First, we must define “socialism,” as not to invoke any confusion. The Merriam-Webster Dictionary defines it as “a stage of society in Marxist theory transitional between capitalism and communism and distinguished by unequal distribution of goods and pay according to work done.” What this plainly means is that, in Marxist theory, the government will control the means of production and all property. This leads to a very authoritarian governing administration. Keeping the record clear once more, Encyclopedia Britannica lists governmental authoritarianism as “any political system that concentrates power in the hands of a leader or a small elite that is not constitutionally responsible to the body of the people.” Now with an authoritarian socialist regime defined, we can discuss the ramifications of this system.

Many argue that this regime we specified is not inherently oppressive; however, seeing that socialism is strictly authoritarian, we can turn to Dr. Philip Zimbardo’s “Stanford Prison Experiment.” In this scientific investigation, Dr. Zimbardo illustrates the Lucifer Effect, which is the phenomenon where those put in positions of authority over vulnerable people can exhibit harsh and sometimes sadistic behaviors. Marxism concedes to this in its theory of social pressure; what it does not recognize, though, is that a power switch between the Bourgeoisie and Proletariat will foster the same social pressure, creating a tyrannical ruling class, which in the case of socialism would be the Proletariat. This is what eliminates any sort of fairness from Marxism in practice.

But there is a further problem; assuming that the socialist regime was not going to be oppressive and authoritarian, we still find the dilemma of who will contribute to the socialized property. The mindset which comes from a Marxist mantra “from each according to his ability, to each according to his needs,” leads to diffusion of responsibility among workers. Diffusion of responsibility is another psychological phenomenon which can be best described as the bystander effect- a person is less likely to assume responsibility when others are present. This means that each worker will have their individual mindset that others will pick up the slack, leading to a group mindset of laziness and lack of accountability. In short, many people in a socialist society won’t work to contribute to the needs to others.

Disregarding the history, economics, and other dissension of Marxism and socialism, if we take a quick look into our own mind and human nature, we can find one thing: we simply do not allow ‘fair’ socialism to exist.