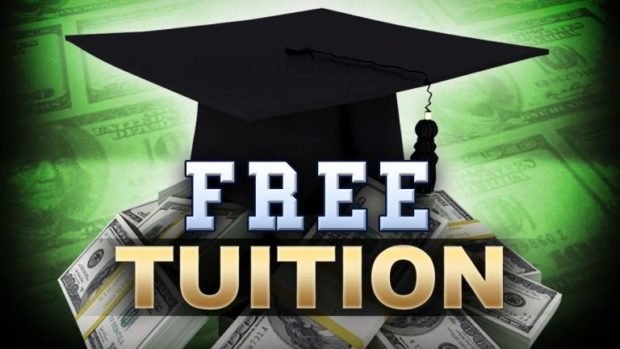 One will fondly recall the indignation of Barack Obama during his “you didn’t build that” phase, when he insisted that the only creator of wealth, convenience and jobs in America was the government, and all innovators and entrepreneurs were just taking a free ride on the back of the magnificent government which made electricity, water, gas and the internet available to the American public. Of course the fool man was wrong about the origin of America’s wealthy and comfortable middle class, but one related area where Obama was absolutely correct about government being culpable, is the subject of extreme, outrageous student debt.

Our beloved former president was so desirous of keeping the liberals in big colleges and universities in the leftist Democrat camp that he took over the industry of granting college loans, thereby assuring that colleges could charge as much as they wanted to for their courses and the government loan agency would approve the loan and assure that colleges could increase their course prices, grow their staffs and give professors and administrators fat pay increases, all on the backs of unsuspecting students.

In the world of college loans made by private lenders there was necessarily competition for the loans and these private lenders would likely have recognized the growing and excessive costs of college and the mounting value of the loans being approved, and would also likely have sounded an alarm. Obama was indignant about the subject of competition and the idea of controlling costs and making a profit, and rejected such old fashioned ideas as being inapplicable to student loans.

The same subject arose recently when Maxine Waters called several banking CEOs before her committee and asked them why they weren’t doing more to help students to be able to limit and control their student debt levels.

Ms. Waters was unaware that Obama had taken the student loan industry under his wing and she looked like the fool she is when the CEOs told her they had not given out any student loans for over nine years. In other words, the subject that she was trying to pin on the private industry banking community was solely the fault of the government agency that Obama edicted would henceforth be charged with awarding student loans.

Although Ms. Waters was made aware that the government was responsible for the outrageous level of student indebtedness that could limit their future economic welfare for many years, she dropped the subject immediately when she learned it was the fault of government, and that it was the left’s hero, the man who swore to “fundamentally transform America”, who put this fiasco into motion. When private industry is at fault there are always leftists who will use every tool at their disposal, including the threat of imprisonment and punitive regulations to hurt a company’s profitability, in an attempt to get the rogues under control. But when government is hurting the very nation and the citizens it is its duty to protect, the subject is covered up and forgotten ASAP.

When Will 8,130 Deaths Each Year Become a Crisis?

Blood of Aborted Babies on Hands of Non-Voting Christians

Intellasia East Asia News – As Wuhan comes out of lockdown...