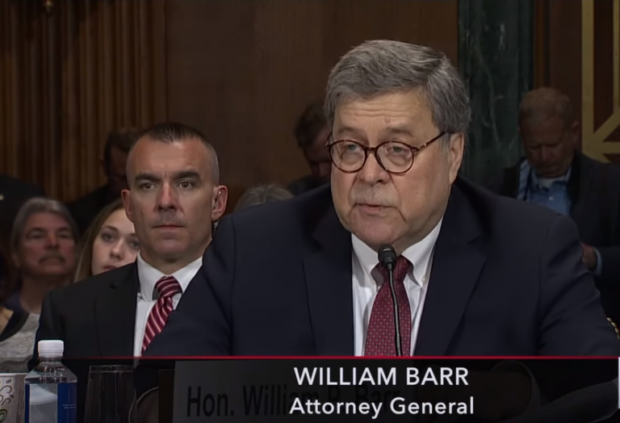 America’s Democrat party was severely jolted on May 1, 2019, when Attorney General William Barr announced that the Department of Justice is investigating the FBI’s use of a phony Dossier to get a FISA court’s permission to spy on the Trump presidential campaign, and perhaps spy on other 2016 Republican candidates as well. Beginning with the May 1st visit to the Senate to answer questions related to the Mueller investigation and Barr’s handling of the Mueller end-product report document, Democrats began insulting the Attorney General, demanding his resignation and calling him and other Trump staffers scandalous names. One can easily take this abuse as an intended method of frightening Mr. Barr into fearing the same intimidating treatment against himself and his family that Democrats have dished out to President Trump, his family and associates, these last two years.

The Obstruction of Justice charge comes from the Democrat attempts to damage the reputation of Mr. Barr and cast doubt on his honesty and integrity, so they can undermine any investigation the DOJ may undertake to gather information into the false Steele dossier and the resulting court-approved spying on candidate Trump that led to the formal investigation of President Trump following the campaign of 2016. Democrats are fearful of the Trump administration since it was cleared by Mueller of any charges related to collusion or obstruction of justice following the long-lasting investigation. They fear the new Attorney General will now investigate them, and the truth coming from such an investigation will likely destroy the Democrat party forever.

With all of the insults and disrespect Democrats showed Mr. Barr during the May 1st hearing, they’ve made it clear that they intend to ridicule, criticize and slander him further so as to weaken him in the hope that he will withdraw from the AG position for fear of personal economic harm and the damage to his reputation that he will certainly get from the insane Democrats and their pals in the radical press as the actions and decisions of the Obama administration come under greater scrutiny.

The constant mantra from the Democrats these last two years has been that Trump obstructed justice via attempts to derail the Mueller investigation by threatening to fire Mueller, tweeting about the unfairness of the investigation into non-existent collusion, and numerous comments he made in criticism of the on-going Mueller harassment of himself and his associates. But now the Democrats have actually committed the obstruction that they could only verbally try to attach to Trump, and we’ll see how long Mr. Barr can bear up under Democrat slander and lies. We’ll also see how Barr’s investigation into the Obama administration’s spying on their political opponents, using the full power of the federal government to try to imprison Trump, looks when all of the evidence comes to light.

OK Democrats. You Won The Election, So Now How Are You Going To Fix America?

Capmocracy - January 24, 2021 0
Hyeri continues to be as active as an MC and acting projects.Hyeri is wearing Amelie Dress Line.Juliet Rose Slit Dress from Milkcocoa.Until next time, RubyFollow us...
Asia