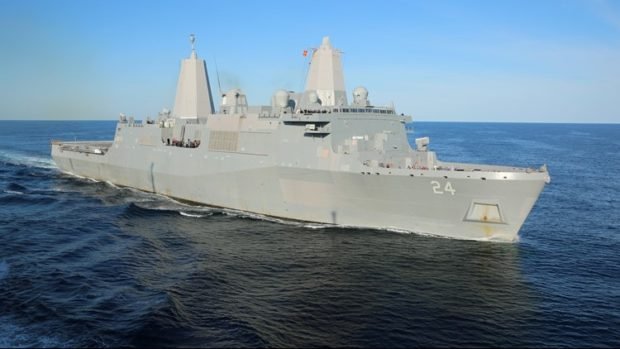 The Acting Secretary of Defense has approved the movement of USS Arlington (LPD-24) and a Patriot battery to U.S. Central Command (CENTCOM) as part of the command’s original request for forces from earlier this week.

These assets will join the USS Abraham Lincoln Carrier Strike Group and a U.S. Air Force bomber task force in the Middle East region in response to indications of heightened Iranian readiness to conduct offensive operations against U.S. forces and our interests.

The Department of Defense continues to closely monitor the activities of the Iranian regime, their military and proxies.  Due to operational security, we will not discuss timelines or location of forces.

The United States does not seek conflict with Iran, but we are postured and ready to defend U.S. forces and interests in the region.

USS Arlington also provides a high quality command and control capability and improved interoperability with our allies and partners in the region.

US bets on small, untested company to deliver COVID vaccine