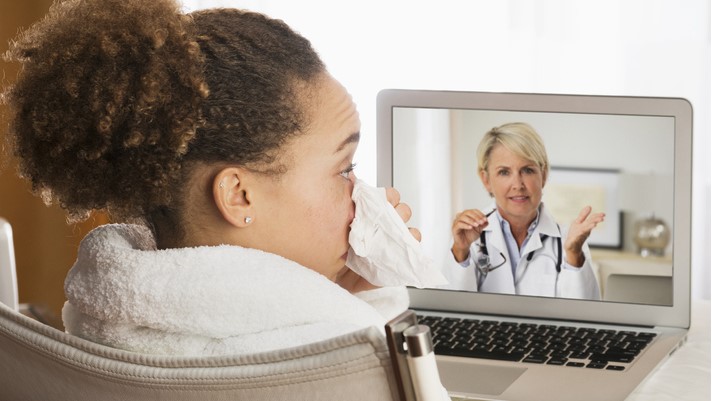 More than 45% of Germans are convinced that the medical care of the future will be digital at least in part – primarily for cost reasons, but also in terms of added value for patients, according to a study published in May by Bitkom President Achim Berg.

For the representative survey, Bitkom Research posed questions on behalf of the Bitkom Digital Association, depending on the issue, to up to 1,005 Germans aged 16 and over. The role of eHealth and digital was examined to identify their potential role in the future of the German health care system.

Results of the study indicate that two out of three Germans want to use electronic patient records (65%), as well as ePrescriptions (63%) as soon as they are available. Nearly half also see the digitisation of the health landscape, with its associated online and additional services, as a necessary development.

In demand: EPR features such as digital vaccination

Key features of EPRs were the digital vaccination certificate (98%) and interaction control medication plans (91%), as well as insights into diagnoses (91%) and treatment history (87%).

As a condition for the successful use of the EPRs, most Germans consider the requirements for data protection and data security should be guaranteed (59%), and that information should be presented in a structured manner (45%).

Looking at the electronic patient file, the positive response was expected to be the highest in the technology-savvy generation under the age of 29, with 74%, but the 30- to 49-year-olds were also in favour of it, with 70%.

According to the Bitkom study, 63% of Germans have a medium to strong positive attitude to electronic prescriptions: 30% welcome the new technology without restrictions. Above all, the hope is that the prescriptions will not be lost anymore and that administrative costs will decrease. Nevertheless, 71% of Germans are concerned about data security.

In addition, health apps were also brought into focus: at 65%, apps from the health sector are already widely used by the Germans. Health-oriented information, tracking and workout apps are at the top of the scale.

A quarter of Germans, for example, use fitness, weight and nutrition apps. Vital data and steps are also recorded by every fourth German via apps.

In addition, Bitkom examined the attitudes towards digital solutions using the example of diabetes: exactly half of the respondents said they wanted to use digital services for prevention as a high-risk patient, and 68% even agreed with a digital sensor implant in the assumed case of illness.

Willingness to pay for eHealth services

Despite the majority approval of ePrescriptions and other eHealth services, the willingness of Germans to pay is not overwhelmingly high: just under one in four would pay for medical advice via the app. Only one in five would sign up to an annual subscription with a fixed price for medical advice at any time.

More information can be found here.

Anna Engberg is a Wiesbaden-based freelance journalist specialising in health and technology.