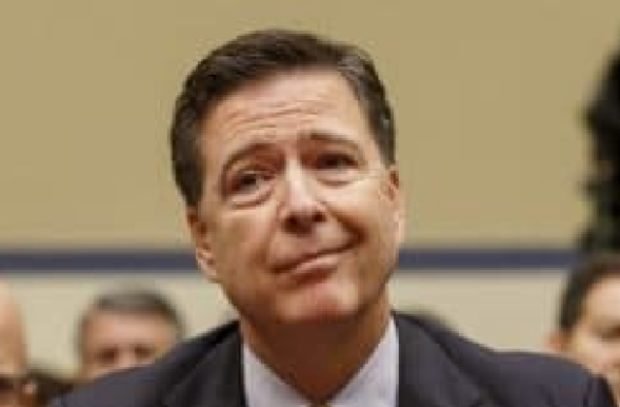 “I have no idea what he’s talking about,” Comey said in an interview on “CBS This Morning.”

Barr touched off debate in April by saying during congressional testimony he believed U.S. government agencies spied on the Trump campaign. He doubled down on using the term May 1 when asked about it during a Senate Judiciary Committee hearing.

The New York Times reported Thursday a government investigator operating under the alias Azra Turk accompanied Halper during meetings with Papadopoulos in London in September 2016. It is still not clear whether Turk was working for the FBI or another government agency.

Comey defended the FBI’s rationale for opening its investigation of Trump associates. But in doing so, the former FBI chief appeared to get some parts of the investigation’s timeline wrong.

“The Republicans need to breathe into a paper bag,” he said.

“If we had confronted the same facts with a different candidate, say, a Democrat candidate, where one of their advisers was talking to a foreign adversary’s representative, about that adversary’s interfering in our election, they’d be screaming for the FBI to investigate it, and that’s all we did.”

“People just ought to look at the predication for the opening of that investigation. We should have been fired if we didn’t investigate this.”

Despite Comey’s claim, there is no evidence yet the FBI had learned a representative of a foreign adversary had talked to a Trump campaign adviser about interfering in the election by the time the bureau opened its investigation.

Comey appeared to be referring to Papadopoulos and an interaction he had in April 2016 with Joseph Mifsud, a Maltese professor. Papadopoulos told the FBI in January 2017 that Mifsud had told him during a meeting in London on April 26, 2016, he had learned the Russian government had “dirt” on Hillary Clinton in the form of “thousands” of her emails.

But there is no indication the FBI was aware of Mifsud’s remarks until they January 2017 interview with Papadopoulos.

Instead, the FBI opened its investigation July 31, 2016, after receiving information from the Australian government related to Papadopoulos.

Alexander Downer, the top Australian diplomat to the U.K., had claimed in a memo written May 10, 2016, that Papadopoulos mentioned to him during a meeting in London that Russia might have information on Hillary Clinton.

Papadopoulos, who was sentenced to 14 days in prison in the special counsel’s probe, has denied telling anyone on the Trump campaign about Mifsud’s remarks. He also denied handling or disseminating any of Clinton’s emails.

Do You Miss Me Yet

Capmocracy - March 1, 2021 0
In the human experience, the family is the first form of government, health care, community and early education an individual will encounter.  This basic social building block is not a...