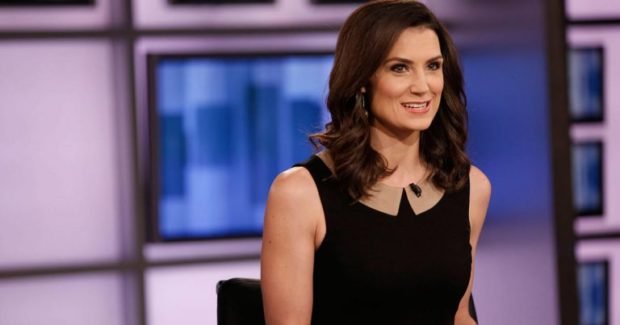 Former MSNBC host Krystal Ball ripped into her former employer for its coverage of the special counsel’s investigation, bringing up Rachel Maddow in particular as one current MSNBC host who has done “damage” to the left.

Ball worked at MSNBC for five years and now co-hosts The Hill’s “Rising with the Hill’s Krystal Ball and Saagar Enjeti.” She said Thursday some of MSNBC’s reporting amounted to “Infowars conspiracy theory.”

Prime-time shows have invited people such as commentator Jonathan Chait, who alleged that President Donald Trump has been a “Russian asset since 1987,” Ball said Thursday. Louise Mensch was also invited onto prime-time shows. Mensch once reported that Steven Bannon was getting the death penalty for espionage, Ball noted.

“Seriously, this is not journalism. It is Infowars conspiracy theory,” Ball said Thursday. She singled out Maddow as one who has set this bar high and building too much anticipation for former special counsel Robert Mueller’s testimony.

“Just how much damage has MSNBC in particular done to the left?” Ball said. “Rachel Maddow, you’ve got some explaining to do.”

Ball said there is evidence suggesting Trump’s team worked with Russia and lied about the evidence in an attempt to cover it up, but blamed media outlets such as MSNBC for spending months building “segment after segment, show after show on building anticipation for a big reveal, when we would learn the true depths of Trump’s fealty and direct conspiracy with [Russian President Vladimir] Putin.”

“In many ways, Trump really is the crook that we said all along,” Ball noted. “But by trying to make the spectacular case, we set the bar unimaginably high and made Trump’s actual corruption, broken promises and casual cruelty seem ordinary by comparison. Now please, as I’ve said before — can we move the heck on?”

Maddow said Mueller’s testimony Wednesday surprised everyone and included “ongoing investigations and things that the FBI is looking at.”

“That was Mueller propping up the door into a wing of this house that we didn’t even know existed,” Maddow said Wednesday on “The Rachel Maddow Show.”

“I was just a remarkable day … I mean, I know that the Trump White House and conservative media are trying to, like, chin up tonight, make it seem like they had a great day today, everything was fine, nobody died. They did not have a great day today. I mean, this was the president’s day today. It was just breathtaking.”

CNN and many other outlets are not exempt from absurd coverage of the Mueller investigation, according to Ball, but MSNBC is “the worst mainstream” offender.

“I single out my former employer in particular, in part because they were certainly the worst mainstream offenders,” Ball said. “Russian conspiracy was great for ratings. … Consider, this whole set-up has done more damage to the Democrats chances of winning back the White House than anything that Trump could ever have dreamed up.”