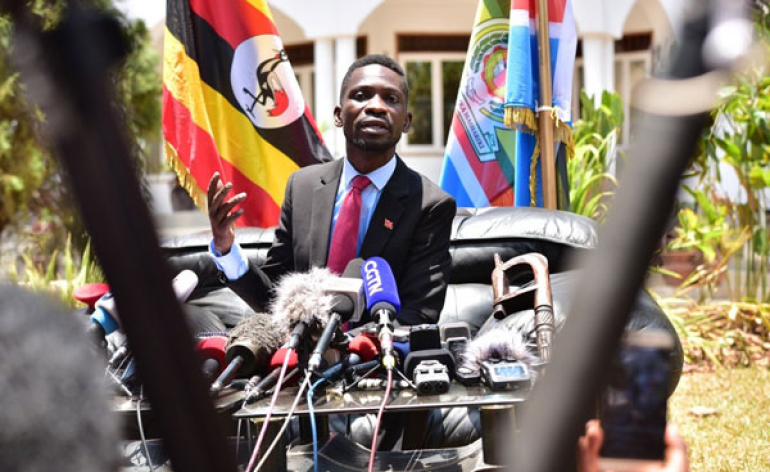 In what seems to be an attempt to calm a storm within Uganda’s opposition and civil society, the Attorney General, Mr William Byaruhanga has refuted claims that amendments to electoral laws tabled last week are not targeting individual politicians.

Bobi Wine (real name Robert Kyagulanyi), who recently declared intention to contest for presidency in 2021, was elected to Parliament in 2017 as an Independent candidate.

According to Mr Byaruhanga, since July 25, 2019 when the proposals were were tabled before Parliament, there have been a number of misrepresentations on the content arising from the failure to read or to access the Bill and or to comprehend its provisions.

He further argued that all the recommendations of the Supreme Court were included in the Bill.

The Supreme Court on June 25 ordered the government to table the reforms before parliament within a month.

“The recommendations of the Supreme Court are there; they were addressed. If only somebody took time to read. These reforms are also in addition to the recommendations that Parliament handled under the Constitution amendment Act of 2018; the one that was sometimes called the Magyezi Bill,” he said. “Some people have chosen to intentionally misinform the public by way of politicking or concocting provisions which do not form part of the Bill. All the MPs have the bills.” According to him, there’s no provision blocking people from using mobile phones at polling stations. He said that Independent candidates can work without belonging to a particular political party.

“There are some provisions which have been going around and being seen to be ridiculous. Among them is early voting by soldiers and other security personnel, the prohibition of use of cameras or cell phones at polling stations, the prohibition of Independent members from forming an alliance with registered political parties or organisations,” he said. “The electoral reform of refusing people to use mobile phones at the polling stations is not there and I don’t know where it came from. The media should tell the truth. Independents can work without belonging to a particular political party. However, the media has changed it saying independents should belong to a party.”

Delivering the verdict on the presidential election petition filed by former candidate Amama Mbabazi against President Yoweri Museveni in 2016, the Supreme Court said electoral reforms would improve the running of the 2021 general elections and beyond.

A set of the five reforms presented by the Attorney General last Thursday have major focus on independent candidates and how they qualify to run for office as President, Member of Parliament (MP) or district leader.

Capmocracy - June 18, 2021 0
A Republican congressman from South Carolina wasn’t standing for it on Capitol Hill on Thursday when Homeland Security Secretary Alejandro Mayorkas tried to...
Opinion

Capmocracy - June 18, 2021 0
The answer to the question about who’s really in control of the Democrat Party is coming to a head. Is it President Joe Biden...
Sports