Despite the media’s obsession on gender, race and sexual orientation, the real and determining divide in America and other advanced countries lies in the growing conflict between the ascendant upper class and the vast, and increasingly embattled, middle and working classes.

We’ve seen this fight before. The current conflict fundamentally reprises the end of the French feudal era, where the Third Estate, made up of the commoners, challenged the hegemony of the First Estate and Second, made up of the church and aristocracy.

These dynamics are unsettling our politics to the core. Both the gentry left, funded largely by Wall Street and Silicon Valley, and the libertarian right, have been slow to recognize that they are, in de Tocqueville’s term, “sitting on a volcano ready to explode.” The middle class everywhere in the world, notes a recent OECD report, is under assault, and shrinking in most places while prospects for upward mobility for the working class also declines.

The anger of the Third Estate, both the growing property-less Serf class as well as the beleaguered Yeomanry, has produced the growth of populist, parties both right and left in Europe, and the election of Donald Trump in 2016. In the U.S., this includes not simply the gradual, and sometimes jarring,  transformation of the GOP into a vehicle for populist rage, but also the rise on the Democratic side of politicians such as Sens. Bernie Sanders and Elizabeth Warren, each of whom have made class politics their signature issue.

The Rise of Neo-Feudalism

Today’s neo-feudalism recalls the social order that existed before the democratic revolutions of the 17th and 18th Century, with our two ascendant estates filling the roles of the former dominant classes. The First Estate, once the province of the Catholic Church, has morphed into what Samuel Coleridge in the 1830s called “the Clerisy,” a group that extends beyond organized religion to the universities, media, cultural tastemakers and upper echelons of the bureaucracy. The role of the Second Estate is now being played by a rising Oligarchy, notably in tech but also Wall Street, that is consolidating control of most of the economy.

Together these two classes have waxed while the Third Estate has declined. This essentially reversed the enormous gains made by the middle and even the working class over the past 50 years. The top 1% in America captured just 4.9 percent of total U.S. income growth in 1945-1973, but since then the country’s richest classes has gobbled up an astonishing 58.7% of all new wealth in the U.S., and 41.8 percent of total income growth during 2009-2015 alone.

In this period, the Oligarchy has benefited from the financialization of the economy and the refusal of the political class in both parties to maintain competitive markets. As a result, American industry has become increasingly concentrated. For example, the five largest banks now account for close to 50 percent of all banking assets, up from barely 30 percent just 20 years ago.

The concentration numbers in tech are even more frightening. Once a highly competitive industry, it is now among the most concentrated. Like the barbarian chieftains who seized land after the fall of Rome, a handful of companies — Facebook, Google, Apple, Microsoft and Amazon — have gained total control over a host of markets, from social media to search, the software operating systems, cloud computing and e-commerce. In many key markets such as search, these companies enjoy market shares reaching to eighty or ninety percent.

As they push into fields such as entertainment, space travel, finance and autonomous vehicles, they have become, as technology analyst Izabella Kaminska notes, the modern-day “free market” equivalents of the Soviet planners who operated Gosplan, allocating billions for their own subjective priorities.  Libertarians might point out that these tech giants are still privately held firms but they actually represent, as one analyst put it, “a new form of monopoly power made possible by the ‘network effect’ of those platforms through which everyone must pass to conduct the business of life.”

The role of the Clerisy

The new feudalism, like the original, is not based simply around the force of arms, or in this case what Marx called “the cash nexus.” Like the church in Medieval times, the Clerisy sees itself as anointed to direct human society, a modern version of what historian Marc Bloch called the “oligarchy of priests and monks whose task it was to propitiate heaven.” This modern-day version of the old First Estate sets down the ideological tone in the schools, the mass media, culture and the arts. There’s also a Clerisy of sorts on the right, and what’s left of the center, but this remains largely, except for Fox, an insignificant remnant.

Like their predecessors, today’s Clerisy embraces an orthodoxy, albeit secular, on a host of issues from race and gender to the environment. Universities have become increasingly dogmatic in their worldview. One study of 51 top colleges found the proportion of liberals to conservatives as much as 70:1, and usually at least 8:1. At elite liberal arts schools like Wellesley, Swarthmore and Williams, the proportion reaches 120:1.

Similar attitudes can be seen in virtually all other culturally dominant institutions, starting with Hollywood. Over 99 percent of all major entertainment executives’ donations went to Democrats in 2018, even though roughly half the population would prefer they keep their politics more to themselves.

The increasing concentration of media in ever fewer centers — London, New York, Washington, San Francisco — and the decline of the local press has accentuated the elite Clerisy’s domination. With most reporters well to the left, journalism, as a 2019 Rand report reveals, is steadily moving from a fact-based model to one that is dominated by predictable opinion. This, Rand suggests has led to what they called “truth decay.”

The new geography of feudalism

The new feudalism increasingly defines geography not only in America but across much of the world. The great bastion of both the Oligarchy and high reaches of the Clerisy lies in the great cities, notably New York, London, Paris, Beijing, Shanghai, Tokyo, San Francisco, Los Angeles and Seattle. These are all among the most expensive places to live in the world and play a dominant role in the global media.

Yet these cities are not the progressive, egalitarian places evoked by great urbanists like the late Jane Jacobs, but more closely resemble the “gated” cities of the Middle Ages, and their equivalents in places as diverse as China and Japan. American cities now have higher levels of inequality, notes one recent study, than Mexico. In fact, the  largest gaps (between the bottom and top quintiles of median incomes are in the heartland of progressive opinion, such as in the metropolitan areas of  San Francisco, New York, San Jose, and Los Angeles.

In some of the most favored blue cities, such as Seattle, Portland and San Francisco, not only is the middle class disappearing, but there has been something equivalent of “ethnic cleansing” amidst rising high levels of inequality, homelessness and social disorder. Long-standing minority communities like the Albina neighborhood in Portland are disappearing as 10,000 of the 38,000 residents have been pushed out of the historic African-American section. In San Francisco, the black population has dropped from 18% in the 1970s to single digits and what remains, notes Harry Alford, National Black Chamber of Commerce president, “are predominantly living under the poverty level and is being pushed out to extinction.”

This exclusive and exclusionary urbanity contrasts with the historic role of cities. The initial rise of the Third Estate was tied intimately to the “freedom of the city.” But with the diminishing prospects for blue-collar industries, as well as high housing costs, many minorities and immigrants are increasingly migrating away from multi-culturally correct regions like Chicago, New York, Los Angeles and San Francisco for less regulated, generally less “woke” places like Phoenix, Dallas-Ft. Worth, Houston, Atlanta and Las Vegas. 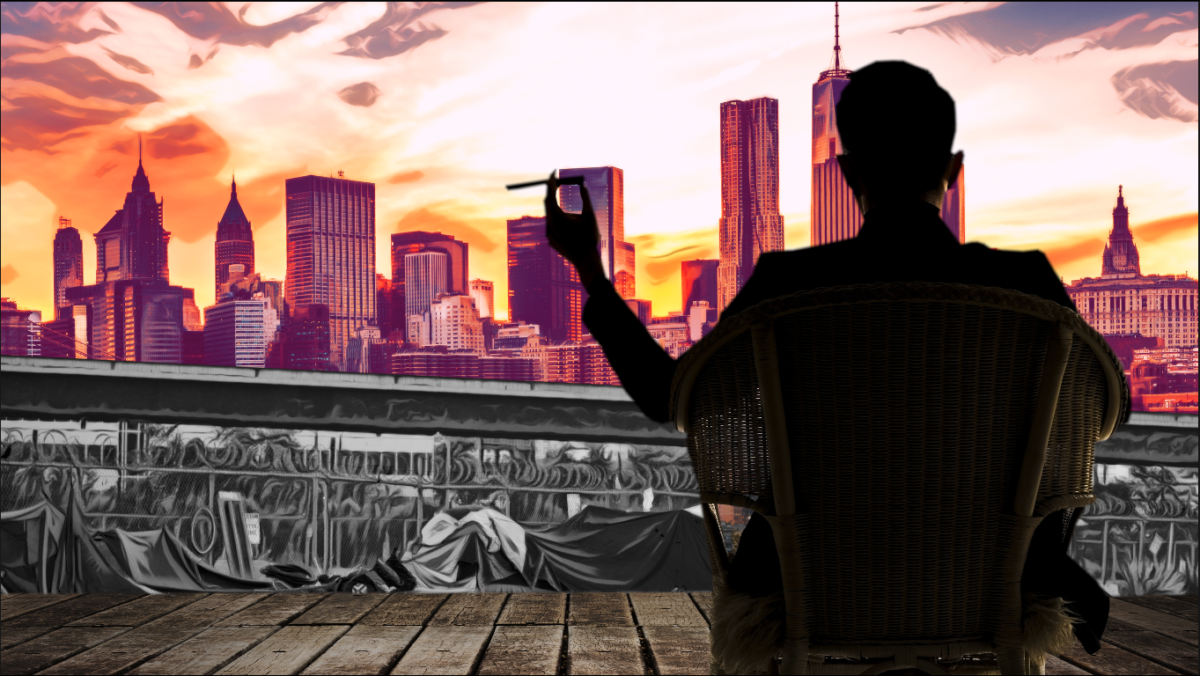 Yet even as the middle-class populations flee, poverty remains deeply entrenched in our big cities, with a rate roughly twice that of the suburbs. The much-celebrated urban renaissance has been largely enjoyed by the upper echelons but not the working classes. In the city of Philadelphia, for example, the “center city” income rose, but citywide between 2000 and 2014, for every district that, like downtown, gained in income, two suffered income declines. Similarly, research shows that the number of high poverty (greater than 30 percent below the poverty line) neighborhoods in the U.S. has tripled since 1970 from 1,100 to 3,100.

The impact of the rising Clerisy and Oligarchs poses a direct threat to the future of the Third Estate. On the economic side, relentless consolidation and financialization has devastated Main Street. In the great boom of the 1980s, small firms and start-ups powered the economy, but more recently the rates of entrepreneurship have dropped as mega-mergers, chains and on-line giants slowly reduced the scope of opportunities. Perhaps most disturbing of all has been the decline in new formations among younger people.

This phenomenon is most evident in the tech world. Today is not a great time to start a tech company unless you are in the charmed circle of elite firms with access to venture and private equity funds. The old garage start-up culture of Silicon Valley is slowly dying, as large firms gobble up or crush competitors. Indeed, since the…