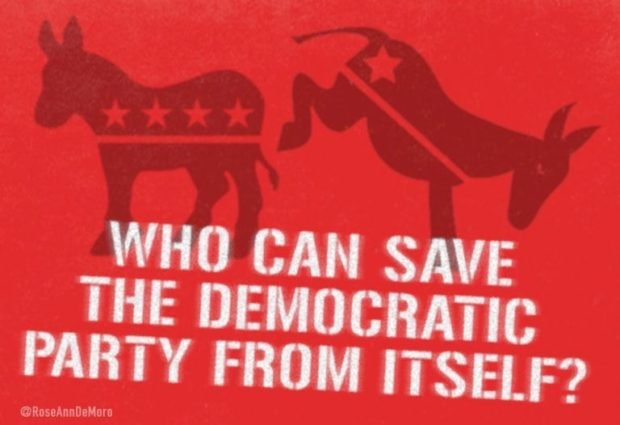 Never missing a chance to revile President Trump and to subvert the will of the American people, now Rhode Island Democrat, Senator Sheldon Whitehouse steps forward to demand of the Supreme Court that they be attentive to politics in making their judicial decisions, or else! The good Senator seems to have forgotten that the Supreme Court is not a political entity and should look to the constitution for guidance when considering cases before them, not to politics. (Related: Democrat Tries to Bully Supreme Court into Inaction on Oppressive Gun Control Ordinance)

When President Obama nominated two liberal Democrat women to the Supreme Court, liberals paid little attention, because they were getting their political way. When President Obama nominated his third Supreme Court justice in the person of Merrick Garland, liberals saw nothing wrong with the president nominating multiple candidates for the position that they all agreed with politically. And, oh, did Democrats squeal when President Trump and Mitch McConnell announced that Mr. Garland would not be considered for the Supreme Court because the end of Obama’s second term was near.

But now that President Trump is, seemingly, on the verge of nominating a third candidate for the job, leftists are up in arms about his nerve in abiding by the constitution and doing what the people who voted for him want him to do. Promises made, promises kept.

Democrats can defame and destroy the reputations of decent Supreme Court nominees like Robert Bork and Brett Kavanaugh, and they consider this a fun game. But just let a Republican president not allow the advancement of a Democrat nominee, and let this same Republican president appoint two and possibly three conservatives to the bench, and the Democrats start making threatening and intimidating remarks.

The game of nominating a Supreme Court justice is played like this: A Republican president nominates a person who will act conservatively (hopefully) and obey the constitution if confirmed, and a Democrat president appoints a liberal, leftist candidate who decides cases politically (always) and who will try to socially re-arrange America along Marxist standards.

It’s just the luck of the draw that any given president will have enough court vacancies occur on his watch to enable him to nominate a candidate that will swing the Court to a majority he agrees with politically. So now Senator Sheldon Whitehouse is threatening the Supreme Court because, with the justices President Trump has appointed, Senator Whitehouse fears the Supreme Court, in alignment with the constitution, could decide a case on the subject of a citizen’s right to possess a self-defense weapon, in favor of an American citizen being able to defend himself, and Senator Whitehouse is calling the Supreme Court, which has leaned sharply left these last thirty years or so, as being “just another arm of the GOP”, and he threatens court-packing if the Court gets another conservative nomination from President Trump.

Liberals don’t even pretend to be non-political when it comes to the Judiciary, because leftist judges can subvert a duly elected president with made-up decisions from the bench that disallow executive decisions they don’t like. And now the likes of Sen. Whitehouse levels threats against the Court in order to get their political way. One must take Democrat threats seriously because we’ve learned that they will use violence and unconstitutional actions to get their way and to subvert the policies of a duly elected conservative president.

In the not too distant past we saw Hillary Clinton order union thugs to beat and harass Trump supporters in 2016; we’ve seen a Democrat president use the FBI and the FISA court to spy on the candidacy and then harassed the functioning administration of the newly elected Republican president, followed by a two-year investigation of his every move and meeting; and we’ve seen the fascist group, ANTIFA beating and burning to intimidate all Americans to let that terrorist group have their way; and of course when a Democrat loses an election, the loser starts belly-aching and demanding a new election and recounts into the distant future. Plus the left is trying to assure success in future elections with the assistance of Google searches, which provides search results that are slanted sharply to the political left.

Democrats will not accept a political loss, so they threaten and intimidate their way to power. Senator Whitehouse is only concerned with his party’s political influence and a liberal majority on the Supreme Court. He cares not a whit about an impartial Supreme Court that follows the guidance of the constitution, but prefers the recent talking points of America-hating people like George Soros and Bill Ayers, who are personally invested in destroying America.

Capmocracy - September 25, 2021 0
A woman waits behind a sheet of protective plastic at the pharmacist’s counter at a CVS Pharmacy in Manhattan during the outbreak of...
Opinion

Capmocracy - September 25, 2021 0
The UAE is looking like a likely contender to be a global hub for cryptocurrency as adoption of digital currencies skyrockets in the...