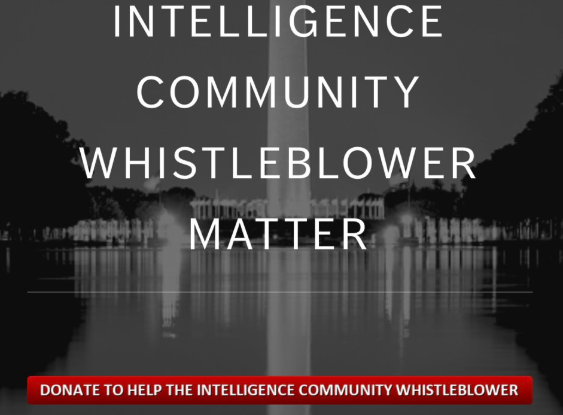 Recently a member of the CIA became a whistleblower by bringing to light something President Trump said, that the agent didn’t like, in a conversation with the president of Ukraine, even though the subject of Trump’s conversation with the Ukraine president had nothing to do with CIA security. The CIA whistleblower did not have first-hand knowledge of our president’s conversation, but went ahead anyway and exposed the conversation between two national presidents, in the hope that President Trump would be impeached by the hate-Trump Democrats in the House. So one of Trump’s own employees in the Executive branch, and a member of the CIA, which was created to protect our nation from forces that want to undermine our constitutional democracy, plotted to overthrow a duly elected president, thereby undermining and negating the votes of millions of Americans who elected Trump, and we’re supposed to thank the fool who did it. Can you say traitorous CIA agent? And can we agree that Democrats were colluding against our president with the CIA agent?

However the situation was considerably different when the CIA was trying to defeat Communism in the latter decades of the 20th Century. In those long-forgotten years the leftist press and American Democrats held the CIA in complete disregard and considered them to be evil because they were opposing leftist, foreign governments.

A truthful and honest press would be trying to find out why a CIA officer is trying to weaken America’s international relations while at the same time trying to reverse the 2016 election by using weak-sister charges against President Trump to make it sound like the president has sold nuclear secrets to any number of our foreign enemies. The case could almost be made that the CIA is colluding with Russia to get rid of our president. And now we hear that another CIA officer who does have firsthand knowledge of Trump’s “outrageous” conversation with the president of Ukraine, has come forward to add gravitas to the first whistleblower’s charges.

The efforts of the Obama administration to be sure that President Trump didn’t defeat Hillary Clinton in the 2016 election failed, and the Mueller investigation was unable to find any evidence of collusion or obstruction on the part of the Trump team, so now we learn of CIA employees reporting complaints against the president, and instead of resigning in protest, these agents are calling for impeachment. Of course the liberal press cheers for the impeachment of President Trump for speaking with the president of Ukraine, as though the so-called “improper” comments are impeachable acts of high crimes and misdemeanors.

Meanwhile, we have the transcript of the conversation between the two presidents for anyone to read, and it’s a lame and tame document that proves President Trump did exactly what he should have done about corrupt international dealings at the uppermost echelons of our government during the Obama administration, and still the drumbeat of impeachment drones on, because Democrats, knowing that there is no way they can beat President Trump in 2020, want to gather all of the dirt they can pull together on Trump early on, even if the dirt is clean in any sensible person’s judgment, just so then can throw around the charge that he was investigated for impeachment or eventually actually impeached, in an attempt to gain votes against him in 2020.

This is all just an extension of the previous, treasonous Mueller effort to over-throw a duly elected president for the lie of collusion and to deny those who voted for Trump their constitutional right to have a president they agree with for a change.

As Andrew Cuomo Drones On And On…

As A Christian, Should You Fear The Coronavirus?

As Andrew Cuomo Drones On And On…