“Placards stood hard with abstract threats too noble to neglect,

Deceived me into thinking I had something to protect” Bob Dylan-My Back Pages.

These lyrics from Bob Dylan’s song My Back Pages could very well fit the anti-Trump protesters at his rally in Minnesota. They all held signs attacking Trump that showed how deceived they all are while thinking they are right. They are all useful Idiots as Stalin would call them. They are being used and being deceived and funded by people like George Soros and various democrat organizations and the Deep State to overthrow Trump. When they have no more use for them they will be discarded like yesterday’s garbage.

Antifa was out in full with their cowardly covered faces.  Antifa is a synonym for anti-fascist when they are more fascist than what they are protesting. 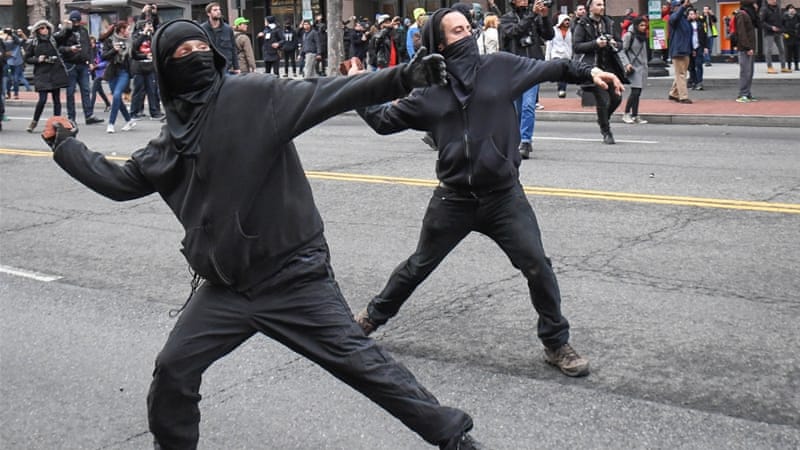 Winston Churchill once said, “In the future Fascists will be known as anti-fascists.” The future is now and he was so right.

They do everything real Nazis do and then they have the gall to call patriotic Americans Nazis. The violence last night in Minneapolis, as usual, came from the Nazi left, not the conservative right

Protesters threw rocks at police and their horses, but for the most part, police showed extreme restraint as they lined up shoulder to shoulder with shields up and protesters just taunting them without doing physical harm. 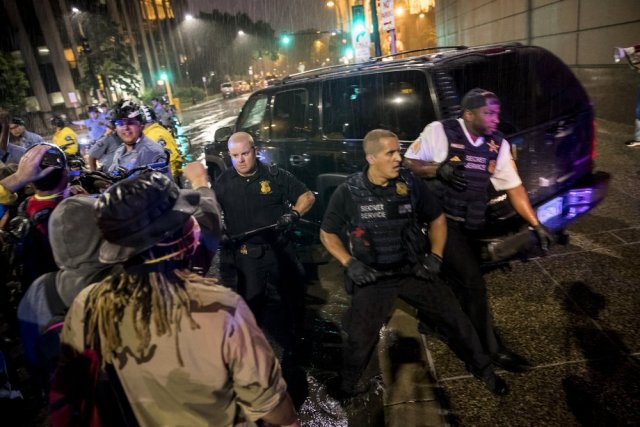 Some protester’s inside yelled at Trump from the rafters and were quickly escorted out much to the applause from the crowd. 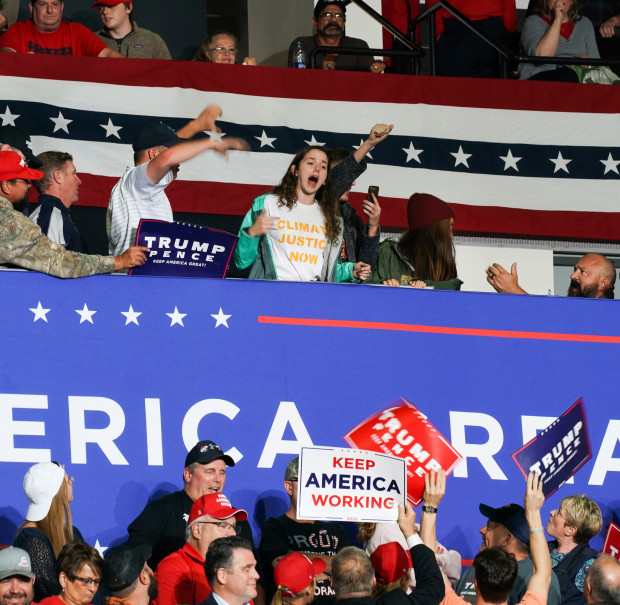 I would love to talk one on one with one of these protesters. I don’t think any of them could put a cohesive sentence together or know anything about what they are protesting. They’re all reacting to what isbeing force fed to them via social media talking points against Trump and left-wing TV news channels. There is no substance to their protestations, just emotional reaction.

There were Black Lives Matter signs in view. All lives matter, but they don’t want to hear that and get mad at you when you shout that back in their faces. Some protesters called Trump a racist. If he was racist he wouldn’t have the lowest Hispanic, Black and Asian unemployment in history. Do these protesters realize that?  Obviously  not. They probably get their news from liberal news channels like CNN and MSNBC that censor anything positive about Trump. They claim he is Islamaphobic. He’s not against Muslims, he’s just trying to protect our country from terrorists that come from certain countries that want to destroy us. I wonder how many people realize how many Muslims practice Sharia Law in this country and how many Muslims do honor killings. They probably don’t even know what Sharia Law is or what an honor killing is.

In Thursday’s rally, Trump hit back at his usual foes – Hilary Clinton, Joe Biden, Barack  Obama – during his rally, saying Biden “was only a good vice president because he understood how to kiss Barack Obama’s ass”.

In Friday’s rally in Louisiana, Trump remarked it’s time to put an end to the democrat’s pillaging, scams, and hoaxes against him and republicans and emphasized what he called “ this impeachment bulls***t”

That’s what I like about Trump. He may be vulgar and harsh in his words at times, but it shows he is not unlike the rest of us. The common person can identify with him. The left hollers that he is not presidential. Well I’d rather have someone like him speaking from the heart rather than a stiff straight-laced president or politician reading a prepared speech with all the correct, but boring words to it. It shows he is real and not a phony. Besides the people don’t care about how he talks, (they even get a laugh of approval at his expressions at his rallies) his taxes or anything else the Dems come up with against him. All they care about is a thriving economy, a safe country free from attack and a strong military to protect us, all of which Trump is accomplishing.

We now have the strongest economy in the world thanks to Trump. If his opponent (Hillary) got in we’d be No. 2 next to China, now we are miles ahead of them. Six million new jobs have been created,seven million people are off of food stamps, illegal border crossings are way down thanks to the Mexican government helping us out with 27 thousand of their Mexican soldiers guarding the border. They have helped us out more than the democrats ever have. 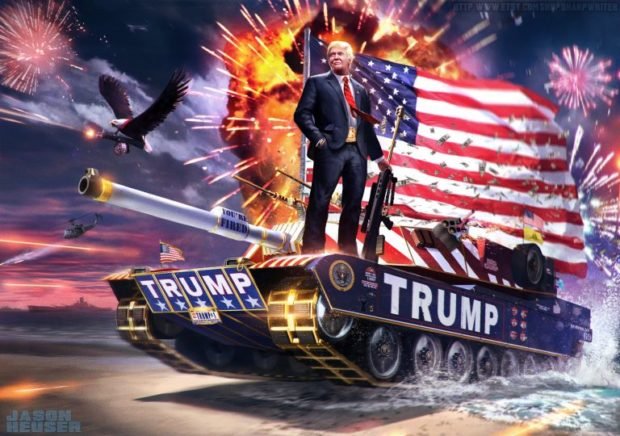 A Simple Question For The Democrat Simpleton, And Chief Idiot, Adam Schiff

The Sham Impeachment of Donald Trump Reaches the Senate