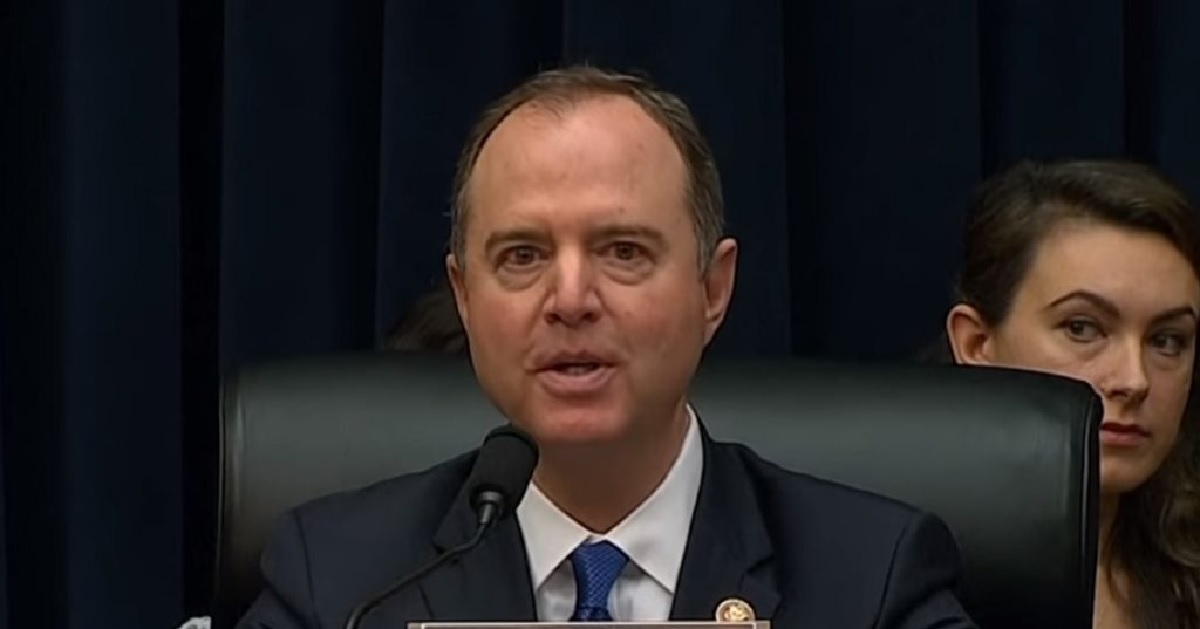 The above verse from Reo Speedwagon’s song could describe the current state of the Impeachment Hearings by the Dems in their latest attempt to overthrow Trump.

Everything is based on third-hand information rumors and innuendo. What was supposed to be the Greatest Show on Earth has now become the worst show on earth. This whole impeachment process is the latest witch hunt by the Dems and is fraught with double standards and made up facts by jealous, contemptuous democrats looking for a crime that doesn’t exist. They want you to believe that Trump is guilty of what her guy Biden is guilty of extortion. They are saying that Trump told the Ukraine President that he wouldn’t give them aid unless they investigated Joe Biden and his son Hunter who was being investigated by a Ukraine prosecutor.

That is a total lie because the aid was delivered albeit late and there was no investigation of the Bidens unlike Joe who gave the Ukrainian president six hours to fire the prosecutor who was investigating his son or he wouldn’t get the promised billion dollars. The prosecutor was fired and they got the billion dollars and Joe bragged about it on Tape.

Of course, the media and stations like CNN and MSNBC all refuse to report that and claim it doesn’t exist. The media has lost any sense of fairness and balance and 96% of their coverage is negative.

The democrats are out for blood and have done nothing to help the country or economy and make it safe and secure. Instead, they have spent the last three years slandering, smearing, besmirching the president and his followers. They hate everyone who shows up at his rallies and everything about him all because they lost an election with their crooked Hillary and her crooked pay for play foundation.

They know their candidates are all terrible and can’t win in a fair fight so they have to resort to impeachment as Rep, Al Greene stated.

Meanwhile, after the first day of impeachment hearings, the Ukraine saga was exposed as another dem/media smear campaign with the two main witnesses saying they never spoke to trump on anything and Ukraine President Zalinsky said he was happy with the call by Trump.

On the second day of the hearings, former Ukraine Ambassador Marie Yovanovoich testified.

According to an article by the managing editor of Red State: “’ To tell you the truth, I’m not really sure why Marie Yovanovitch, the state department employee who President Trump dismissed as ambassador to Ukraine, is even testifying today. The alleged issue the “impeachment inquiry” is examining is a “quid pro quo” linking future Ukraine aid to them cracking down on endemic corruption. That Ground Zero of said endemic corruption involved Hunter Biden, son of “QuidProJoe” Biden and who was getting paid $83,000 per month in pay-to-play money by a Ukrainian gas company, was simply a pleasant byproduct of enforcing the rule of law without fear or favor.

As best I can tell, Yovanovitch has nothing to add to the investigation. She wasn’t on any of the phone calls in question. In fact, she’s testified to her speculation about one of the calls and now we know that her speculation was wildly incorrect.

In her deposition, Yovanovitch and Schiff speculated that President Trump and President Zelensky had discussed her on this call and “bash[ed]” her

But as the transcript shows, Yovanovitch was not discussed

In fact, it seems from the testimony that Trump is being accused of hurting her feelings when he let her go and that offense is now, at least in Adam Schiff’s twisted little mind, a high crime or misdemeanor.

Ambassadors are appointees of the president and they serve in that position so long as they are wanted.”

Obama fired all of Bush’s ambassadors and put in his own.

During her testimony, Trump tweeted about firing her.  Committee Chairman Adam Schiff, during the first portion of Friday’s hearing, took a moment to inform Yovanovitch that the president was tweeting about her, or as he described it, “attacking” her on Twitter. He told reporters following the first portion of the hearing that Trump engaged in “witness intimidation in real time.”

“Everywhere Marie Yovanovitch went turned bad. She started off in Somalia, how did that go? Then fast forward to Ukraine, where the new Ukrainian President spoke unfavorably about her in my second phone call with him. It is a U.S. President’s absolute right to appoint ambassadors…..They call it “serving at the pleasure of the President.” The U.S. now has a very strong and powerful foreign policy, much different than proceeding administrations. It is called, quite simply, America First! With all of that, however, I have done FAR more for Ukraine than O.”

Conservative radio host Mark Levin suggested on Friday that House Intelligence Committee Chairman Adam Schiff’s (D-CA) claims of “witness intimidation” do not hold water because Marie Yovanovitch, former U.S. ambassador to Ukraine, would not have known about President Trump’s tweets if Schiff did not bring them up. 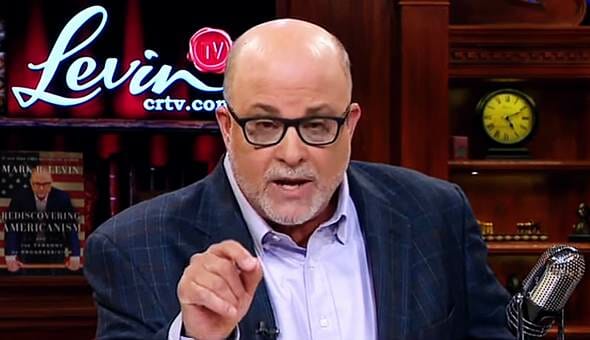 Meanwhile, A new ad series released by a left-leaning super PAC will feature voters who supported President Trump in 2016 saying that they believe they made a mistake.

The ads, released as part of a $50 million campaign from American Bridge target specific districts and encourage Trump voters to defect and vote against the president in 2020.

One man in the ad says he voted for Trump, but made a mistake because he doesn’t think Trump is for the people and just for himself and calls Trump a bully.

In another case  of Trump-bashing, a Pennsylvania teacher apologized to parents last Wednesday after handing out a homework assignment that asked students to pretend they were refugees as President Trump tried to “take control of the United States,”

“President Trump is trying to take control of the United States!” the assignment reads, according to a snapshot obtained by the station. “There are fights in the streets! You have to pretend that you are a refugee being forced to leave your home, never to return. Please have a parent to them for 10 minutes while they packed a bag. When the time was up they were to take a picture of the contents of their backpack and then email it to me. If no picture, then draw it. You will have to present to us why you chose these items. This is due on Thursday.”

Superintendent William Marshall said that parents and teachers alike were notified about the incident immediately.

Marshall added that the teacher realized the mistake that was made and called each parent individually to apologize. The teacher also purportedly admitted that the classroom should not be used as a political forum. 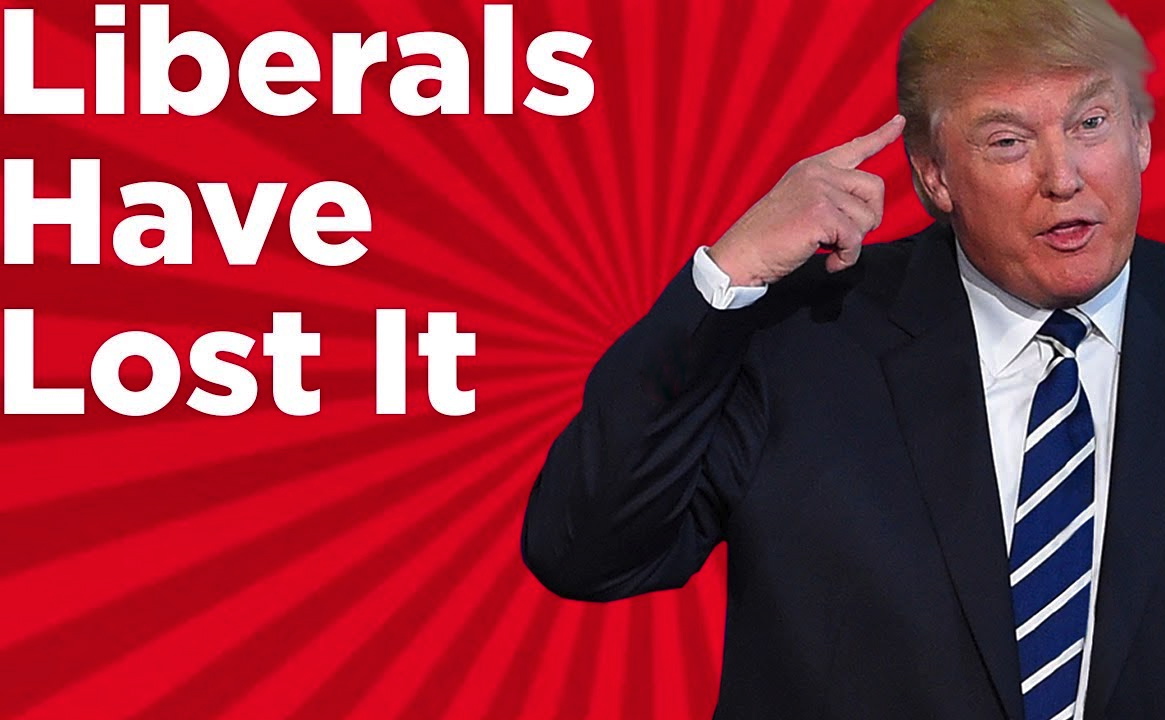 It is sad how the liberal teachers from grade school through the universities are brainwashing our children to be liberals. To put our President down, instead of respecting his office is disgusting. I don’t care who the President is this bashing is out of control. It was much better when if you didn’t like a President, you just voted against him in the next election. That was the easy way to do it and how elections are intended, but I guess that’s not true anymore. Now if you don’t like a president you find ways to throw him out of office, never mind the will of the people.

Wake up Right! Subscribe to our Morning Briefing and get the news delivered to your inbox…

Goya Oboya! Trump And Goya CEO Get Along Famously!

Politicians Need To Be Held Accountable