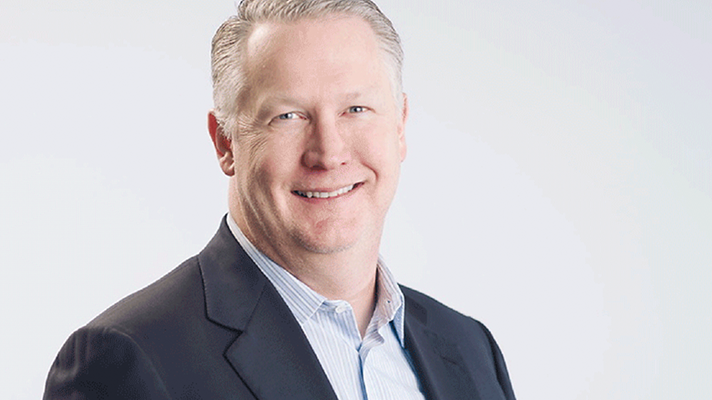 One year ago, it was announced that athenahealth would be acquired by private equity firms Veritas Capital and Evergreen Coast Capital for $5.7 billion – and merged with Veritas-owned Virence Health, the former value-based care arm of GE Healthcare.

The acquisition and merger marked the resolution of a long and challenging period for athenahealth – the once publicly traded cloud vendor founded in 1997 by Jonathan Bush and Todd Park – that began when activist investor Elliott Management bought a 9.2% stake in the Watertown, Massachusetts-based company.

For those who may have forgotten the twists and turns in the months between May 2017 (when Elliott began pushing athenahealth’s board to pursue “operational and strategic opportunities to maximize shareholder value”) and November 2018 (when then the $5.7B private equity acquisition was announced), there was no shortage of headlines during that period.

The company laid off 9% of its staff, closed some offices and sold its corporate jet. There was a major overhaul of the company’s structure. Former GE CEO Jeff Immelt joined athenahealth as its new chairman. Founding CEO Bush left the company amid allegations of past abuse. Pressure from Elliott ramped up, then brakes were pumped. There were multiple acquisition bids. Finally, the Veritas acquisition deal was struck, and was finalized this past February.

Now, with all that behind him, new CEO Bob Segert, who came to the company with the Virence merger, is ready to talk about the future. He spoke with Healthcare IT News about how athenahealth is embracing this fresh start, the new leadership team he’s helped put into place, the “good synergies” between athena and Virence products, its plans for innovation in cloud and analytics – and what customers are saying about the reshaped company.

Q. The past couple of years have been a pretty tumultuous time for athenahealth. Now that the ship has been steadied and it’s time to chart a new course, how are you finding things there in terms of morale and attitude about a new era for the company?

A. The company has been through lots of change. I think typically any time companies go through change, it causes all kinds of mixed emotions from people that you have to manage with the transformation.

The good thing, from our perspective, is we’ve had two very culturally compatible businesses, both very mission-driven, coming together. It’s all about helping people live more happy and healthy and productive lives. And at the core of Virence and the core of athenahealth, people are really dedicated that mission, and dedicated to that healthcare ethos.

So I think that’s helped us to bring the two cultures together, with their strengths on both sides. We’ve been building a new leadership team and getting the right skills from the right people in the right seats. And I think now that we’ve built that leadership team out, we’re now at a point where we’re really stabilizing the organization.

We’re harmonizing as one company. We have total rewards going out that are now harmonized amongst the two different businesses; they’re on the same benefits plan; everybody’s on Workday, in the same systems.

I think as we get closer and closer together from a systems standpoint and an email standpoint and all that work’s been done, I think we’re starting to really see the teams gel together and unite around our new vision that we’ve just released to the market, which is to create a thriving ecosystem that delivers accessible, high-quality and sustainable healthcare for all.

And I think having that new vision, that mantra out there with the combined teams is really starting to gain traction, and we’re seeing we’re seeing good overall morale and good overall expectations for the future of the company. So we’ve definitely turned a corner.

Q. Just so our readers are sure: Could you explain what the relationship and structure is between athenahealth itself and Virence? Are you guys one company called athenahealth now, or are there two divisions, or … how does it work?

A. We’re one company. All under the name athenahealth, headquartered out of Watertown. We have 5,300 employees now between the two businesses. We have added into the athenahealth family the Burlington, Vermont, and Seattle offices, as well as an additional site in Bangalore that was part of Virence. And all those offices are thriving and part of our overall community. So it’s a complete merger between the two firms and we’re operating as one brand and one company.

Q. And do you guys still have the campus up in Maine? I’m talking to you from Maine right now.

A. We definitely have the campus up in Belfast. It’s a major investment site for us. We’re definitely committed to Belfast. We have more than 800 employees in Belfast, and I think we may be the largest employer up there. We’ll continue to grow as we expand our revenue cycle management outsource solutions in the marketplace. So Belfast is core to us and will continue to be.

Q. Let’s talk about the new leadership team. You’ve made a bunch of high-profile hires recently. How do those folks fit into your plans?

A. First of all, I think we have a world class leadership team and I’m really excited to have people of the caliber of Paul Brient, who was the CEO of PatientKeeper, as our chief product officer.

And we just hired Luis Borgen as our CFO. He was CFO of DAVIDsTEA, he took that business public. He was a longtime financial executive at Staples in the Boston area, as that company experienced exponential growth in its early stages. He was a public company CFO at Davita, so he’s been around healthcare. He’s a military academy grad, very disciplined, very smart and dynamic, so we’re excited to have him as part of the team.

We also hired a new chief marketing officer named Simon Mouyal. He came to us from Medidata, so he comes from an analytics and data background and as we think about athenahealth and our SaaS-based platform as a data repository, and think about how we can actually leverage that data to improve health outcomes, he’s going to be a tremendous asset to us. He spent time at Rackspace as their chief marketing officer, he came up with the product marketing organization at Microsoft, so he’s been well-trained in software and in technology, and increasingly in analytics.

And we brought back a senior executive as our chief chief sales officer, a gentleman named Bill Conway, who had left athenahealth to go and run sales for American Well, another Boston-based company in the telehealth space. We were fortunate to lure Bill to join the team and to lead the other companies from a sales perspective. And he’s been doing a phenomenal job. He joined us in June.

So there’s kind of the four key significant leadership roles that we hired in, and now, combined with our legacy executives from Virence and athenahealth, I think we have a really solid leadership team. I’m very pleased with where we’re at today.

Q. Now let’s talk about products. As someone who’s been covering this space for almost 10 years now, it sort of gives me a bit of cognitive dissonance to hear “athenahealth” and “Centricity” used in the same phrase. How’s that working so far, integrating the legacy Virence technologies into the portfolio that was already there?

A. It’s a cliche. But I really do think there is a case here where one plus one is worth more than two. And I’ll tell you why: athenahealth is a historically SaaS-based platform, extremely focused on front-door medicine: the internist, the primary care physician, OB/Gyn, pediatricians – and then moving more and more toward specialty-based workflows and specialty practice areas. All on a very dynamic SaaS platform.

Contrast that, then, to the GE business, through Centricity, which focused on some of the larger multispecialty practices, and had a lot more focus on the hospital and acute care market, particularly with regard to revenue cycle management, with a software platform that was on-prem software or hosted.

But because those environments tend to be more complex, they tended to sell their solutions to, as I mentioned, multi-specialty practices. And the way to really win there is to have very strong specialty workflows.

So when you combine those two businesses together, you get a very strong front-door medicine, which generates about 80 percent of all the downstream healthcare dollars comes in the front door, and then you combine that with the very deep intellectual property of specialty workflows coming from the Virence classic or the GE Centricity business – coupled with the central billing office capabilities that exist within the Centricity business RCM platform, particularly around the hospital space, and you have a pretty dynamic portfolio.

The other thing I would say on top of that is that Centricity – and I was chairman and CEO of Virence before we’d renamed it and combined it with Athena – we were on a multi-year journey to actually transform those applications from premise-based solutions into SaaS applications. We called that project North Star. And the reality is that athena is North Star. It’s North Star delivered for our teams: As opposed to us having to do all that work, we now have a reference architecture and SaaS-based platform we can use as we think about these products going forward. So there really are a lot of good synergies between the two businesses.

Q. What are you hearing from clients on both sides? Either about things that they’re perhaps concerned about, or areas where they’re hopeful you can help them accomplish some things?

A. Well, just to start with a concern, one of them from the Virence customers is, “Are you going to sunset all my products?” I have been telling people, and I want to take the opportunity again: we are not end-of-service-lifing those Virence products. They’re core to our strategy. The customers we have who are on the Virence products are important to us. We’re committed to those customers, and we’re…