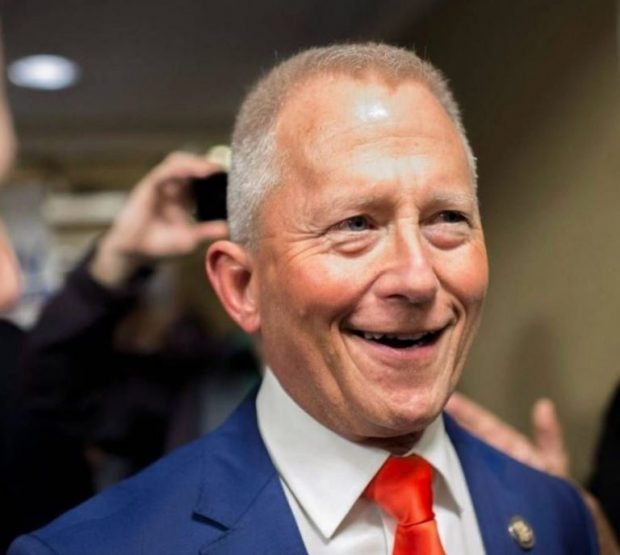 According to several high-level sources with ties to Van Drew who spoke on the condition of anonymity, Van Drew’s chief of staff has begun notifying the right-of-center Democrat’s campaign and congressional staffs that the first-term representative will join the Republican party.

The change is likely due to his steadfast opposition to the sham impeachment, the unfair hearings and purely partisan use of constitutional authority. (Related: Another Trump District Democrat Faces Angry Constituents Over Impeachment Charade)

Van Drew hasn’t moved. Instead, he has continually signaled — in incredibly clear terms — that he intended to vote against two articles of impeachment the House has drafted against Trump when they come to a vote before the full House. That vote could come as early as next week, though some Democratic sources on the Hill say it won’t come that early.

His honest and forthright objection to the partisan circus put on by House Democrats has caused him to lose support by the sheeple in New Jersey’s Democratic Party electorate.

Over preceding weeks, support for Van Drew among local Democrats has ebbed away, the retreat fueled by his opposition to impeachment proceedings against Donald Trump.

But while Van Drew is seeking shelter among the more upright members of the Republican party, it’s not clear whether he will be welcomed into their ranks.

State Sen. Michael Testa, the Cumberland County GOP chairman, on Thursday declined to say whether Van Drew should be welcomed into the fold.

State Sen. Joe Pennacchio, who is also an honorary chair of the president’s state re-election campaign, said his party should welcome Van Drew.

White House sources have reportedly said that Trump wants Van Drew to switch. The political optics of a Democrat jumping ship over partisan and possibly illegal activity against a sitting president would be monumental in the 2020 election.

The Democrats played their hand, under the leadership of Speaker Pelosi, and it looks like their bluff is getting called.

Capmocracy - July 29, 2021 0
U.S. Department of State described its relationship with Nigeria as "among the most important in sub-Saharan Africa" Influential U.S. lawmakers are masterminding a hold...
Israel