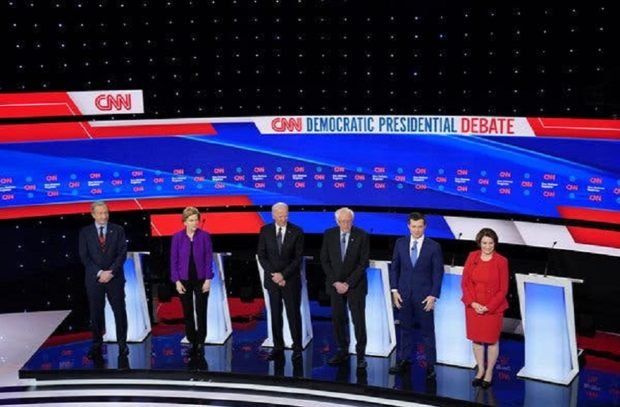 The Democrat 2020 presidential candidates are all in a twist about the violence being committed against black-trans-sexual women, and are making a big campaign push to stop it. But since this identity-category of Americans is something like 0.0001 percent of the nation’s population, one might not be too far off base if they called their concern for this particular, almost nonexistent group, an intentionally misleading political point. After all, Chicago, a Sanctuary city run by Democrats for decades, sees dozens of young black males killed nearly each weekend, and these black men make up a much larger percentage of the population of the United States than the black-trans-sexual women. Maybe the radical left Democrat party should start worrying about these much more plentiful deaths than the unspecified “violence” against the trans group.

But while the leftist Democrat candidates worry themselves silly about a very small percentage of their political support and ignore a much larger block of the minority community who are being slaughtered wholesale, Republicans have for a long time wondered when the Democrat mayors and governors would do something to halt the mass murders in Baltimore and Chicago and develop a plan to prevent all such violence among the entire American population. Democrats make hay defending miniscule, select, privileged self-identity groups and step up for those people to the exclusion of more populace groups, and even ignore the entire population which is experiencing an increase in violence throughout the nation. Call me old-fashioned, but I thought government’s job was to protect and serve the entire population, not just a select group or two. However, today’s Democrats have only a leftist agenda to serve, which means trouble for all who are not on their favored list.

And the 2020 Democrat candidates are also worried to distraction about the menstrual periods of trans-women (in other words, biological men) and are additionally supportive of their right to have abortions on demand. Of course anyone with any sense knows that biological men, even those who dress like women, talk like women and behave like women, are physically unable to menstruate and can never become pregnant, and therefore have no need to even think about having an abortion. But these mentally disturbed people still demand of their Democrat political enablers the same abortion rights that other, real women, have, and the fool Democrats are all on board with the trans group’s demands for the right to have these impossible things.

One wonders who’s the greater fool here, the trans-women or the Democrat politicians who encourage this supreme stupidity. Let your decision as to whether these unbalanced, leftist Democrat politicians are thinking clearly enough to protect America’s national security in a dangerous world, and whether they even realize what constitutional rights for normal people are all about, and use this as a guide for your vote for president in November. Our nation and our lives depend on that vote.