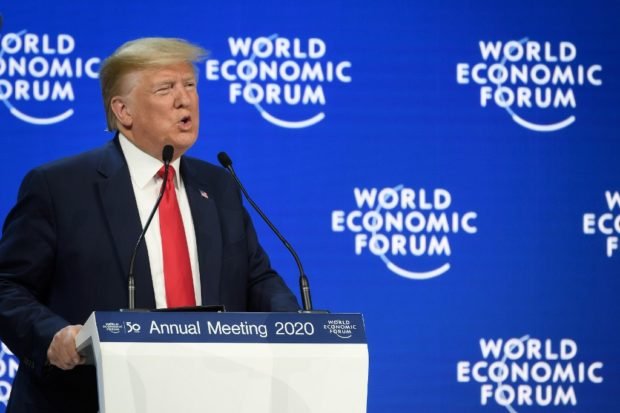 Ronald Reagan said it best, “the trouble with our Liberal friends is not that they’re ignorant; it’s just that they know so much that isn’t so.” Reagan’s sentiment is illustrated quite clearly in the rabid, mouth-foaming, dystopian predictions they issued prior to Trump’s election, and even afterward.  This is probably why the mainstream didn’t air much of Trump’s Davos speech that highlighted the growth of the stock market, personal retirement accounts, and jobs, especially among blue-collar workers and minorities. Oh my! They simply can’t show a Republican improving the lives of their constituents to a greater degree than Democrats have in most people’s lifetimes.

One day after Trump’s election, Nobel prize recipient economist extraordinaire and Trump-hater Paul Krugman declared boldly about The Donald’s victory over Hillary, “it is a regime that will be ignorant of economic policy and hostile to any effort to make it work. We are very probably looking at a global recession, with no end in sight.  A terrible thing has just happened.” Mr. Krugman kept predicting doom during trump’s first year, then shut-up after he noticed the image in the mirror staring back looking quite foolish.  Maybe Paul Krugman should return his Nobel prize in ECONOMICS or stow it away in a drawer until he apologizes to the American people for his little oopsie.

Krugman won’t have to worry though since the reliably leftist media will never ask him something like, “Mr. Krugman, your dire prognostication of a trump presidency destroying the economy is completely at odds with a stock market that’s increased 50% since he took office.  Can you explain how you got it so wrong?”  You would sooner see Elvis having coffee at your local Starbucks reading Time Magazine with Hillary on the cover and singing a line from Jailhouse Rock.

The comments of Simon Johnson, an esteemed economics professor at MIT, were so contradictory to reality that it left parents questioning the decision to send their children to the vaunted institution after he said a trump win would “likely cause the stock market to crash and plunge the world into recession.” I would bet a grand he asked the whiz kids in the engineering department if that forget-everything-you-just-heard-pen that Will Smith employed in Men in Black was real, and if so, could he borrow it to erase his silly prophecies from the memories of those who heard them.

Nancy Pelosi, drawing on her preeminent understanding of economics, warned the country, “Trump’s policies would cause Armageddon for family finances, the American economy, and the stock market”. Pelosi further demonstrated how out of touch she is in her Pacific Heights mansion when she said of the GOP tax cuts for the American workers, “$1000 bonuses are crumbs”.  Her idea of advocating for the financial health of her constituents is to burden them with the cost of free health care for illegal aliens.  I think she used the Men in Black pen on the voters in California to get reelected. What other logical explanation could there be than collective masochism of her subjects?

While economists were busy emphatically predicting Donald Trump would be a dark cloud over our economy,  the seeds of success were being sown in the form of regulatory rollback, tax-slashing for corporations and individuals and an overall pro-growth agenda.  The mainstream media refuses to talk about the fruit born of those early actions, and so do the economists who were as wrong about a Trump-caused financial implosion as Marshall Applewhite of Heaven’s Gate was about catching a ride on the UFO waiting for them in the vapor trail of the comet, Hale-bop.

THE BEST IS YET TO COME! pic.twitter.com/YBMOBurdHQ