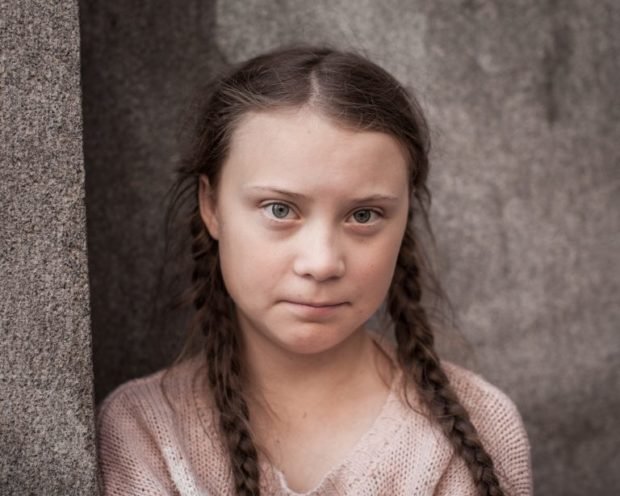 WOW. Greta Thunberg the teenage climate change hoaxer queen who has done nothing of real value was nominated for the Nobel Peace Prize.  Being the Left’s darling has its benefits.

What exactly has Greta done to deserve the award of such a (formerly) prestigious award?  I said formerly prestigious because the award has in this writer’s opinion lost its value.  I would remind people that the 2009 Nobel Peace Prize was awarded to Barack Obama.  Now THAT was a joke.

In the same way, awarding a teenager that has been used by the climate change crowd as a fresh new face to promote their false and fake science – well this is not only a joke, it’s reprehensible.

From The Gateway Pundit:

Swedish teenage climate alarmist Greta Thunberg has been nominated for the 2020 Nobel Peace Prize. Two members of Sweden’s Left Party said Monday that Thunberg “has worked hard to make politicians open their eyes to the climate crisis” and “action for reducing our emissions and complying with the Paris Agreement is therefore also an act of making peace.”

The Paris climate deal was, of course, a massive hoax. China and India, two of the world’s biggest polluters, didn’t actually have to do anything, and much of the bill was footed by (you guessed it) the United States. President Trump pulled us out of the faulty accord shortly after taking office. And while the U.S. is far ahead of the parameters set forth in the pact, many other nations are well behind, including China.

Exactly!  Climate change is nothing more than a huge hoax engineered to make the elites’ money.  The U.S. is well ahead of the requirements of the egregious Paris Accords, and the U.S., as usual, got stuck paying the bill for everyone else!

It’s not that the other countries involved in the bogus Paris Accords missed our (the U.S.) presence in the agreement, it’s that they missed our money.  Wake up, people!  U.S. dollars is what every country out there in the world likes best, and under Mr. Peace, better known as Barack Obama, we gave lots of those dollars away!  Remember the BILLIONS in cash Obama sent to his buddies in Iran?  All paid for on the backs of hard-working American taxpayers.

Now along comes actress Greta Thunberg, suddenly she is the mainstream media’s darling, the teenage queen of the Left’s favorite pet cause – climate change.

Thunberg hoots and hollers and says, “How dare you” and is raised up to instant stardom.  This gal looks more like a well-coached actress to this writer than a grassroots activist.  In fact, her parents are actors.  I detailed all of this in a piece I wrote about 3 weeks ago: Another Facebook Screwup: Greta Thunberg’s Facebook Page and Climate Change Have Something in Common – Both Are Fake
Watch the below video of her speech and judge for yourself:

Greta Thunberg also founded a “movement” to encourage kids to skip school to further the advancement of climate change activism.

More from The Gateway Pundit:

“Thunberg, 17, has encouraged students to skip school to join protests demanding faster action on climate change, a movement that has spread beyond Sweden to other European nations and around the world,” NBS News writes. “She founded the Fridays for Future movement that has inspired similar actions by other young people.” Yes, wouldn’t it be great if all our children skipped school?

These are the type of people who will in the future run the world.

Let’s all continue to fight political correctness, indoctrination, Leftist propaganda, liberalism, and keep sharing the truth – knowledge is power.  Until next time…