Acquitted for life. Now Nancy Pelosi’s impeachment sham is finally over — after months of wasted taxpayer time and money.

The American people could see clearly that this was a political hit job. It was never based on any facts. From the moment President Trump took office, Democrats made it their mission, at all costs, to remove him from office. Why? Because they are too afraid to face him in the next election. But all along, House Republicans were united. We had the President’s back. 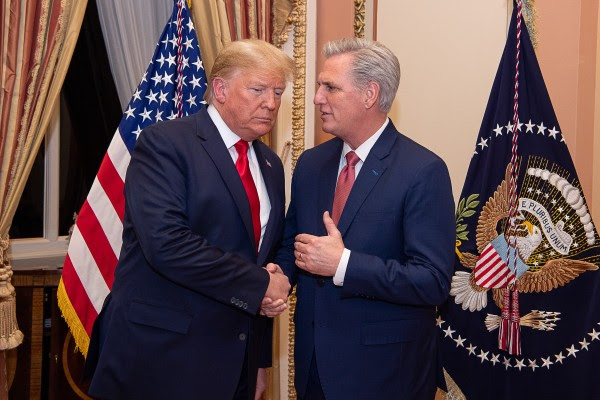 P.S. What Pelosi did was petty. She had no right to destroy the official copy of the President’s State of the Union Address. So I delivered a new copy — signed by President Trump — to the House Clerk’s office to be preserved for posterity.