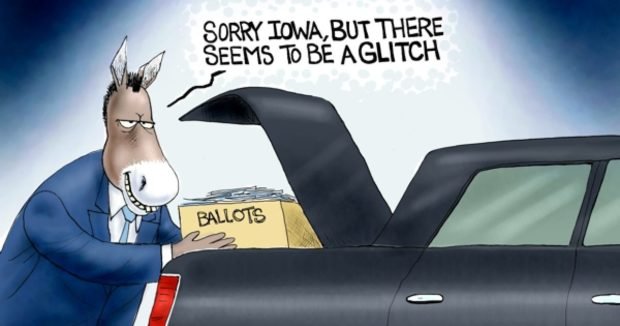 The once great Democrat party has been taken over by “progressive” subversives who hate America as it was founded, and hate it even more for the way it’s evolved over the centuries. And now they’re blowing the former good will of American citizens and the Democrats’ chances of ever being elected to the presidency in the future, because they’re too sophisticated to be able to recognize or admit their political and social mistakes.

Democrats blew the 2016 presidential election while running the most intelligent and deserving female candidate in history.

Democrats blew the televised impeachment hearings in the Senate, thanks again to Adam dip-Schiff.

Democrats blew any chance of being taken seriously after repeatedly claiming that Russian/Trump collusion won the 2016 presidential election for Donald Trump, but were silent about any election tampering or any Trump collaborating when the Democrats took back the House of Representatives in the 2018 election.

And now Democrats have blown the Iowa caucuses with an App that went ape, while the Republicans completed their causes process and re-nominated President Trump with no problems at all.

And so, of course, the leftist, elitist press is blowing their pretense of political non-alignment and fairness, by defending and making excuses for the Democrats’ Iowa farce.

And then there’s Bill and Monica in the Oval Office, but that’s a subject for another time.

Today’s Democrat party is full of anti-American, constitution-hating, radical, fools who are drifting to political disaster in November, so please, don’t blow that.

So who’s the mentally deficient, rube, laughing-stock now, Don Lemon? We’re all laughing at you and your superiorist, leftist pals.