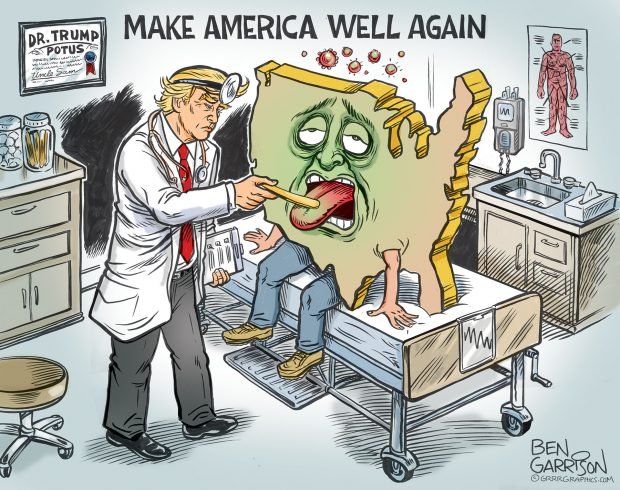 When Rahm Emanuel uttered the highly un-American and cynical statement that the Democrat party should “never let a crisis go to waste”, most thinking Americans cringed, fearing what the Obama radicals would take advantage of next, in order to further empower big government in general, and themselves in particular.

During the Obama administration, taking Mr. Emanuel’s words to heart, and as proof that he meant his words literally, we saw an attempt to take over the nation’s healthcare, which they claimed was in crisis, with the imposition of the unconstitutional Obamacare. Then we saw them brazenly cause the deaths of American and Mexican citizens with their criminally fascist Fast and Furious scandal, because they claimed that citizens possessing firearms was a crisis for our nation. Next we saw storm clouds gather on the nation’s horizon with the left’s racial and sexual-identity division of our citizens. And then we saw the Black Lives Matter movement chant for the assassination of police officers across the nation. These were created crises, not allowed to go to waste and perpetrated for the benefit of the radical, Democrat cause.

So, with the current coronavirus pandemic that is upon us, one can only imagine the things that the Obama administration would do in order to undermine our society and our way of life if he were still in the White House, with this serious disease giving him the ability to declare a national emergency and use ultra-legal methods of attack and issue unconstitutional orders to address the emergency. It’s likely they would quickly have federal agents confiscating all weapons held by law-abiding citizens, with the lame brained excuse of protecting our locked-down and unprotected society from attacks by the many fellow-citizens who own firearms.

Healthcare would also be an easy target to nationalize for power-hungry scoundrels like Emanuel and Obama, as they grabbed power by claiming that the moves were necessary to save humanity.

And one could easily imagine how the lie of global warming, in the hands of these radical, lying, scoundrels, could be identified as the cause of this current disease, with more such diseases to follow as the earth warmed exponentially in the next few years. If a tornado can be blamed on warming/change then it’s an easy stretch to blame carbon products for the disease and for halting the refinement of oil to provide gasoline for our cars, halting all over-the-road trucks, grounding all commercial airlines, and restricting electric power to our homes, thereby making this a third-world nation in one fell swoop. Each of these economy-destroying items listed above is already part of the Democrat Green New Deal, so it would fit nicely in their plans to bring America down. Obama would do these things, but Trump would never take such advantage of a “crisis”.

If even the single entity of trucking is shutdown, all life as Americans know it would end and the nation would starve soon after. And once severe opposition to artificially imposed hunger and poverty is felt among the outraged American population, the military would be dispatched by the Obama believers to silence objecting Americans, and dictatorship would be the result, with all future political elections being “postponed”.

Following the artificially imposed “crisis” and the resulting economic shutdown, and with no one working any longer due to the bankruptcy of all corporations and the resulting disappearance of all jobs, homes would be repossessed, families would take to the streets and join Los Angeles-style homeless camps, thereby making the Obama federal government the last resource for sustenance and existence in the dying nation. Big brother would rule, our borders would be overrun by hordes of aliens seeking the land of milk and honey, even though milk, honey and liberty would all have been eliminated by that time, and our constitution would be completely discarded, never to return.

But fortunately we have a constitution-loving patriot in the White House and none of these dire things are possible under President Trump. He is legitimately and diligently seeking a solution to this disease, he proposes financially supporting citizens who have no income until they can go to work again, and he will take measures to help businesses as best he can.