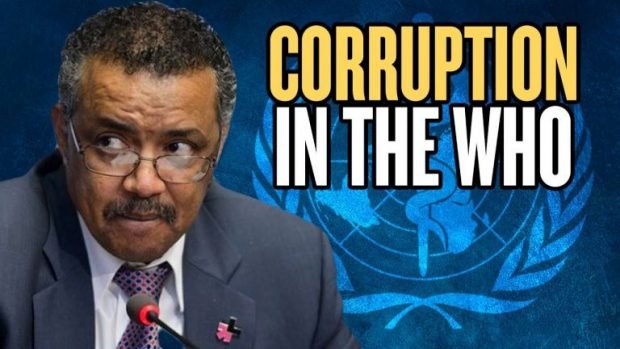 A world-renowned epidemiologist credited with predicting the coronavirus pandemic blasted the World Health Organization in an interview this week for creating a false sense of security that the virus could be easily contained.

“Many of us were incredibly disappointed for lack of a better word in the WHO and its response,” Dr. Michael Osterholm, the Director of the Center for Infectious Disease Research and Policy at the University of Minnesota, said in a podcast interview published Tuesday.

“When you look at what WHO did I think they set us back a great deal because they made countries believe if just a few countries that were going to get this would just do the containment work, we could stop it.”

“Trying to stop this kind of transmission is like trying to stop the wind,” he said. “So we held back on a preparedness, and gave people excuses not to do it.”

Osterholm, considered a premier expert in the field of infectious disease, gained national attention through an interview he gave on March 11 with podcaster Joe Rogan. Osterholm issued a sober warning that coronavirus would likely wreck havoc on the United States and rest of the world because of how easily it could be transmitted from person to person.

In his 2017 book, “Deadliest Enemy,” Osterholm laid out a hypothetical pandemic that plays at much as the coronavirus outbreak has so far. As of Wednesday, the United States has reported nearly 190,000 cases of coronavirus. Nearly 890,000 have been confirmed across the globe.

WHO has come under intense scrutiny not only for its early assessment of the coronavirus threat, but because officials at the organization have deferred so heavily to the Chinese government’s claims about how it handled an outbreak that began in Wuhan in November 2019.

On Jan. 14, WHO published a tweet citing the Chinese government’s claim that there was no evidence of human-to-human transmission of coronavirus. WHO Director-General Tedros Adhanom Ghebreyesus opposed early requests to shut down travel to and from China. He praised the Chinese government following a Jan. 28 trip to Beijing for its “openness to sharing information.”

Dr. Bruce Aylward, a WHO official who led the organization’s fact-finding mission to China in February, has heaped praise on the Chinese government for its draconian response to the pandemic.

He also said at a press conference that he saw no evidence that coronavirus was being spread by patients who experience no symptoms.

Coronavirus is not only spread easily through person-to-person contact, but a significant proportion of carriers are asymptomatic. Dr. Robert Redfield, the director of the Center for Disease Control and Prevention (CDC) said Tuesday that as many as 25% of people who have coronavirus may not show symptoms.

Aylward’s interviews have been picked up and amplified by Chinese government propaganda outlets. The Canada-born epidemiologist also gave an interview to China Daily, a government-controlled news outlet.

Osterholm said that WHO’s actions in the early weeks of the outbreak led health officials around the world to believe that if China had clamped down on coronavirus it could be contained in other countries.

“There was this sense that China’s going to contain it, the whole world can contain it,” he said.

“I give great credit to China for what they did, but they didn’t contain it. They slowed it down, I surely give them that.”

Osterholm said that there is growing evidence that coronavirus is reappearing in China and that the communist regime is trying to keep it secret. He noted that the government shut down movie theaters last week and removed outside reporters from the country two weeks ago.

“I think many of us think that they are in part experiencing a resurgence as they’re opening up their economy again, but they don’t want anybody to know it,” Osterholm said.

“The medical community interpreted the Chinese data as, this was serious, but smaller,” she said at a White House press briefing. “Because, I think, probably we were missing a significant amount of the data.”

WHO’s repeated stumbles have prompted calls from Congress to investigate whether the United States should continue funding the organization.

Sen. Rick Scott on Tuesday called for an investigation into whether WHO was complicit in helping the Chinese government push out misinformation downplaying the extent of the coronavirus outbreak.

Report: Ex-CIA Chief Brennan Has Been Told He Is Not Target Of Durham Probe

Nuvance Health dinged with credit downgrade, could face another