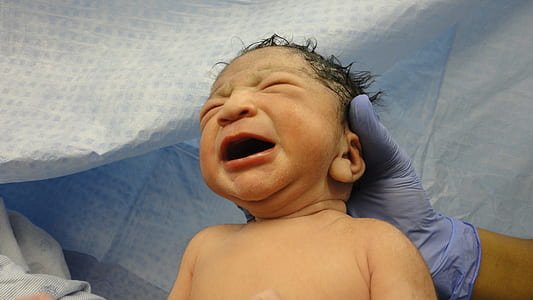 In my home state of Colorado, Democrat legislators voted against a bill that would require medical care be given to babies who survived abortions and were born alive. The Colorado Democrats killed House Bill 1068, which in turn allows for the slow demise of injured babies outside the womb.

According to Colorado.gov, “The bill establishes a physician-patient relationship between a child born alive after or during an abortion and the physician who performed or attempted to perform the abortion.”

This bill was attempting to mandate that physicians “exercise the same degree of professional skill, care, and diligence to preserve the life and health of the child as a reasonably diligent and conscientious physician would render to any other child born alive at the same gestational age and requires that the child born alive be immediately transferred to a hospital.”

The very same Democrat politicians voted to repeal the death penalty. They used their time & efforts to fight significantly for the protection of serial killers, rapists, and child molesters. The same people are also using their time and efforts to fight to brutally end the lives of millions of unborn innocent babies.

Protecting the guilting & killing the innocent.

The Colorado legislature just voted down a bill that would require a doctor to provide medical care to a child who is born alive after surviving an abortion.

A child is born, in need of help, and the Colorado legislature voted against mandating care.

Unfortunately, Colorado’s legislative decision is by no way an isolated incident. Many other states have enacted the same laws and mindset.

Are Democrats the only ones to blame for this God-forsaken happening?

No. There is another group that has failed to stand for righteousness, and by complacency, they have contributed to vile corruption.

Millions of Christians in the United States fail to vote in Presidential election cycles as well as state elections. While around 90 million Christians in America are eligible to vote, a staggering 40 million approximate Christians decline to vote. A disturbing 15 million are not even registered to vote according to the My Faith Votes website. This is unacceptable and should be called out as such.

As Americans, we have the incredible right and honor to vote. For Christians who use the excuse of not wanting to get involved in politics, they inadvertently help foster a culture of infanticide.

If Christians decide to turn their backs on standing up for unborn children, then they are no better than the Democrats using their time and effort to guarantee infanticide.

If Christians do not vote for candidates who state they will vote against abortion, it is akin to voting for the murder of unborn children. It is negligently supporting the sickening desire of providing on-demand abortions and the gruesome killing of abortion survivors born alive suffering until death. Not using this opportunity to promote justice is a travesty and one that we will ultimately be judged for.

There is no way for Bible-believing Christians to justify the act of abortion, and by not voting, they are doing just that.

“For you created my inmost being; You knit me together in my mother’s womb. I praise you because I am fearfully and wonderfully made; Your works are wonderful, I know that full well. My frame was not hidden from You, when I was made in the secret place, when I was woven together in the depths of the earth. Your eyes saw my unformed body; all the days ordained for me were written in your book before one of them came to be.” Psalm 139: 13-16

“Before I formed you in the womb I knew you, before you were born I set you apart; I appointed you as a prophet to the nations.” Jeremiah 1:5

As soon as the sound of your greeting reached my ears, the baby in my womb leaped for joy. Luke 1:44

Christians, let us unite. Let us pray for our politicians, both Democrats and Republicans. Band together and vote for those who will bring back justice and righteousness to our country.

Democrat Lies Are Without End, And Always Have Been

Tucker: Why Silicon Valley is doing all it can to help...

Fox News - October 30, 2020 21
Technology executives in San Francisco are the product of left-wing universities that trained them to hate this country. #FoxNews #Tucker Subscribe to Fox News! https://bit.ly/2vBUvAS Watch...
video