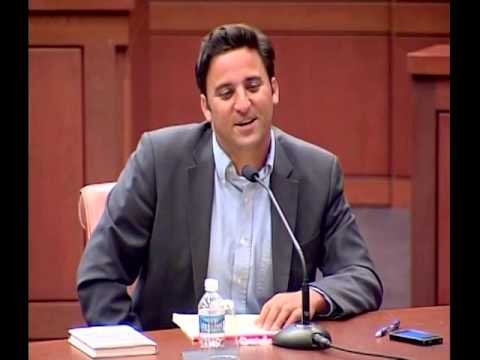 One of the top prosecutors on the special counsel’s team is set to testify as a whistleblower against Attorney General William Barr, the House Judiciary Committee announced on Tuesday.

Aaron Zelinsky will testify on June 24 regarding the Justice Department’s handling of the prosecution of Roger Stone, a longtime Trump confidante convicted on charges that he made false statements to Congress during its investigation of possible links between the Trump campaign and Russia.

“Mr. Zelinsky can speak to the Department’s handling of the sentencing of Roger Stone and Mr. Elias can speak to improperly motivated activity by the Antitrust Division,” the Judiciary Committee announced.

Democrats on the committee subpoenaed Zelinsky and Elias to compel their testimony. Democratic Rep. Jerry Nadler of New York said that both of the prosecutors are designated as whistleblowers, meaning that they will have protections against retribution for testifying to Congress.

Zelinsky resigned from his position as a prosecutor on the case against Stone on Feb. 11 after the Justice Department’s main office intervened to recommend a lighter sentence against the Trump associate.

Prosecutors initially recommended the maximum of nine years in prison for Stone.

After Barr intervened, Timothy Shea, who then served as U.S. attorney for Washington, D.C., revised the recommendation in a subsequent court filing, saying that Stone deserved a “substantial” prison sentence, but one that was “far less” than the maximum nine year sentence.

Zelinsky and three other attorneys stepped down from their positions on the Stone matter after the revised filing.

The special counsel’s team initially investigated whether any Trump associates conspired with the Russian government to influence the 2016 election. When that probe turned up no evidence of collusion, prosecutors set their sights on whether Stone had any contacts with WikiLeaks, the group that published emails that Russians stole from the DNC and Clinton campaign.

Prosecutors said in a report of their investigation that there was no evidence that any Trump associate — including Stone — took part in the hacks or the release of the emails. The special counsel’s team sought to find out whether Stone had prior knowledge of WikiLeaks’ activities or discussed the group’s document dumps with anyone on the Trump campaign.

A jury in Washington, D.C. convicted Stone on Nov. 15 on charges that he made false statements to Congress regarding his conversations about WikiLeaks. He was also convicted on an obstruction charge and a witness tampering charge.

U.S. District Court Judge Amy Berman Jackson sentenced Stone to 40 months in prison on Feb. 20. He is scheduled to begin his sentence at the end of the month, though President Trump has signaled he may pardon his longtime associate.

Trump supporters have asserted that the case against Stone was a far cry from the alleged conspiracy that Special Counsel Robert Mueller was initially tasked to investigate.

Zelinsky, who is currently a prosecutor in the U.S. attorney’s office in Baltimore, played a key role in several prosecutions of Trump associates during the special counsel’s investigation, which he joined in June 2017.

He was involved in the investigation against George Papadopoulos, the former Trump campaign aide who served as a catalyst for the FBI’s investigation of the Trump campaign in July 2016. Though the FBI and Mueller team initially suspected that Papadopoulos was the key to Trump-Russia collusion, the former campaign aide ended up pleading guilty to a single charge of making false statements to the FBI regarding his contacts with a mysterious Maltese professor named Joseph Mifsud.

Prosecutors secured Papadopoulos’s plea deal relatively early in their investigation, on Oct. 5, 2017. By entering the plea agreement, Papadopoulos was prohibited from disclosing details of contacts he had with multiple confidential FBI sources in 2016.

A Justice Department inspector general’s report on the FBI’s investigation of the Trump team said that FBI agents failed to disclose exculpatory information from Papadopoulos’s conversations with one of the FBI informants, Stefan Halper, in applications to conduct surveillance on another Trump aide, Carter Page.

Like a vast majority of the prosecutors on the special counsel’s team, Zelinsky was an avowed Democrat. He wrote more than 50 articles between 2009 and 2014 for Huffington Post, the liberal news outlet. In one article in 2012 he declared his political affiliation, writing: “I’m a Democrat.”