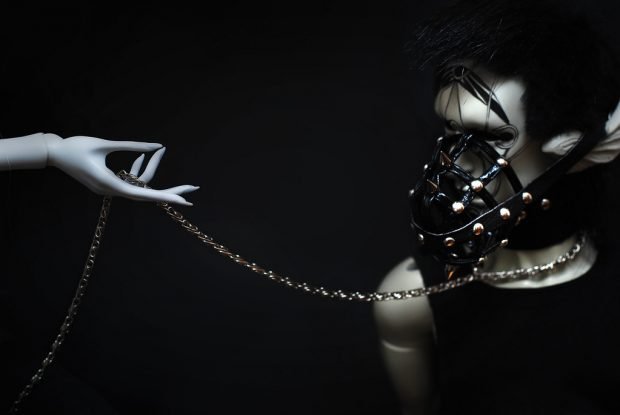 The breach of that boundary has led to numerous other fundamental rights crumbling to dust along with our historical monuments.

There is still time to restore those boundaries and our rights but only if we start telling the truth en masse and defying unjust edicts from lawless lawmakers. We can’t simply hope that there will be enough lawful lawmakers to speak up. We must speak up.

Coronavirus is still being used as an excuse to crack down on our freedoms despite false projections that even the CDC dramatically ratcheted down months ago.

Democrat governors and other politicians are refusing to relinquish the “emergency powers” they awarded themselves to allow them to continue to impose lock downs and restrict businesses at their own whim.

As if they somehow thought of it themselves, they act simultaneously to continually tighten demands and micromanage our lives.  As if on cue, they are now moving from suggesting to demanding that everyone, no matter what their risk level, health or opinion be forced to wear masks in public. What a perfect and ever-present reminder that we are not in charge of our lives. They are.

Even weak-kneed Republicans like Governor Greg Abbott of Texas have become lost in this masquerade.

It doesn’t matter whether masks work or make sense. It only matters that it has been a wildly successful tool for obedience training in collectivism for Americans. Socialism can’t take hold without it.

The avowed and secret socialists among us are engaged in an all-out battle to punish America for being built precisely on that individualism and for flourishing because of a constitution that was created to protect it.

While Democrat tacticians have their Democrat politicians ramping up threats of fines and jail time for refusing to wear a mask, they’re also pushing the idea that masks are “cool.”  There is a whole new cottage industry that is marketing masks as an opportunity to make a “signature” fashion statement. There’s nothing quite like superficial individuality to “mask” one’s prostration to serfdom and conformity.

Savvy watchers of the Left were suspicious early on when they noticed a familiar Leftist tactic being warmed up and served for public consumption.  They went to work making it socially acceptable to vilify dissenters and brand them as selfish. They rewarded it. How dare anyone question the efficacy of masks or the use of bullying and intimidation to force Americans to comply?  How dare anyone care about their own personal freedom and the freedom of their fellow citizens, even those too ignorant or complacent to care?  We’re in the middle of a pandemic!

Masks create further alienation and suspicion between friends, neighbors and business associates. They muzzle us while helping to easily identify dissenters.

We have seen how deadly the combination of collectivism and social bullying can be. It can often lead to mob rule and violence. At that point, politicians don’t have to worry about enforcing their unconstitutional orders. The mob does it for them.

Masks also blur the lines between criminals and law-abiding citizens. We are indistinguishable from Antifa and other groups who now commit heinous crimes in plain sight and with impunity. The backward subliminal message is that masked people are law-abiding and unmasked people are criminals.

After watching the same Democrat politicians refuse to impose their own orders on rioters, looters and vandals, their credibility is lower than the fatality rate of the coronavirus.

In light of such a blatant dereliction of duty to protect their innocent constituents, they still have the chutzpah to claim that it is compassion that compels them to order us to wear masks.

The good news is that a growing number of people believe that these suffocating orders are ridiculous and even dangerous. The bad news is that most still only whisper it in muffled tones behind their cloth masks.

As we have seen, complying with the orders of authoritarians only brings more authoritarianism. Masks will continue to be a major battleground on which we can beat it back.

Previously polite, law-abiding citizens must unmask themselves and let their voices be heard. Unlike their oppressive opposition, they have little interest in vilifying those who choose to wear a mask for their own reasons.