This slightly fantastical film explores modern relationships through a couple who bonds over their severe obsessive compulsive disorders. What happens when one suddenly recovers?

Although I WeirDo (怪胎) features two lovers who both suffer from obsessive compulsive disorder (OCD), the film is less about the mental health issue, and more an allegory exploring change in relationships.

Po-ching (Austin Lin, 林柏宏) and Ching (Nikki Hsieh, 謝欣穎) quickly get together after leading lonely, reclusive lives due to their irrational fear of germs and stringent routines. Things seem too good to be true when they finally find someone who totally understands them, and despite their particularities, their life habits mesh perfectly after they begin cohabiting.

Interestingly, Po-ching’s symptoms include a compulsion to wash and disinfect his hands, which is highly relevant in the COVID-19 era. 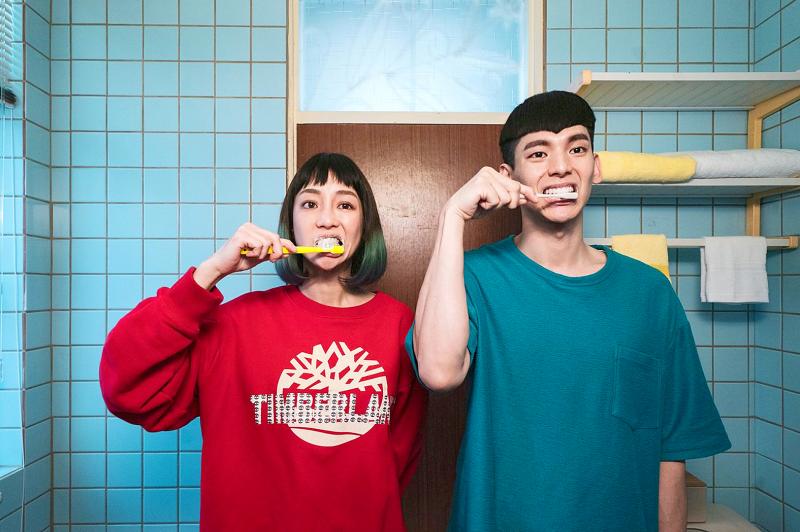 But one night after Po-ching promises Ching that their relationship will never change, he wakes up free of the disorder.

Instead of being happy for him, Ching freaks out as the only connection between them is gone, and desperately drags him to see all sorts of experts to get his OCD back. So, with a simple change of circumstances, what brought the couple together tears them apart.

The mental health issue here is more of a device to tell the love story between two people who are drawn to each other by their problems. It’s a very simple tale, but the questions it raises are highly relevant to relationships and provide a more mature, realistic exploration than the typical sappy Taiwanese romcom. 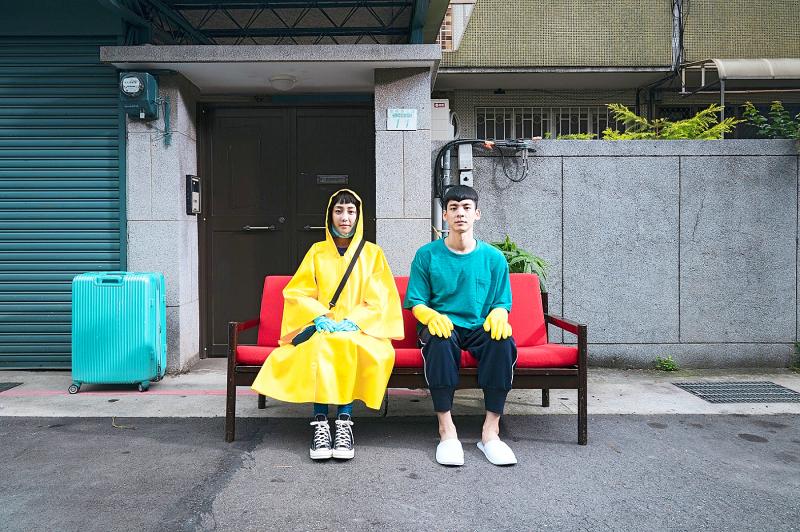 Were they drawn to each other just because of their differences from typical folks? Are they actually holding each other back? Would it truly be a happier ending if they just accepted their problems and remained the same forever?

The film purposely takes on a slightly surreal tone, and it’s pointless to wonder about certain details that don’t quite make sense. But it’s still important to examine how director Liao Ming-yi (廖明毅) portrays mental illness, which is often trivialized and stigmatized in Taiwan.

First of all, although the characters see themselves as “weirdos,” their disorder is presented as a legitimate medical issue, the symptoms explained clearly in the beginning when Po-ching visits a psychiatrist. This is already a good sign.

The struggle between acceptance and change is treated quite realistically, as they both long to live “normal” lives like “normal” people, but they take solace in each other’s inability to do so. But when Po-ching becomes “normal,” Ching angrily asks him in one scene: “So you think I’m abnormal now?”

Although Po-ching sees a psychiatrist regularly, he doesn’t attend therapy as the doctor suggests, merely taking the pills prescribed. It’s very unlikely that he will suddenly be “cured” that way, though there have been some documented cases of it happening, so it’s not entirely impossible. Most recovery processes take years, but that would bog down the plot even more, which is already tedious and repetitive at points; just like the disorder.

The most crucial point, however, is that it’s made clear that the two don’t have a choice in their mental illness. And the same goes for Po-ching’s sudden recovery, he didn’t have a choice either. But the only constant in the world is change, and how many relationships have the foundation to survive that?

The two leads deliver convincing performances that portray the disorder in a sympathetic fashion, rarely venturing into caricature. Despite the heavy subject matter, the tone remains light-hearted and the pair’s various compulsions are quite endearing in the first half before everything falls apart.

There are still some issues with the patriarchal attitudes in Taiwanese cinema. Po-ching doesn’t like that Ching works as a figure drawing model (even though she poses fully covered in a blanket, which doesn’t make sense as the point of these sessions is to draw the human figure) and asks her to quit her job so he can provide for her.

She’s actually happy that he feels jealous and gladly accepts, which is often the beginning of an abusive and controlling relationship. But remember that everything is slightly fantastical in this movie, and this setting also works toward the plot and is not nearly as egregious as other misguided Taiwanese love movies.

Liao employs vibrant colors and carefully framed shots, and uses many subtle visual devices such as the format changing from square to wide angle upon Po-ching’s recovery.

One of the biggest promotion points of the movie is that it’s the first film in Asia to be shot and edited entirely on an iPhone. This reviewer wouldn’t have been able to tell the difference if not informed beforehand, which probably speaks more to the capabilities of the iPhone than anything relevant to the movie. Liao certainly has the skills to excel visually on any device.