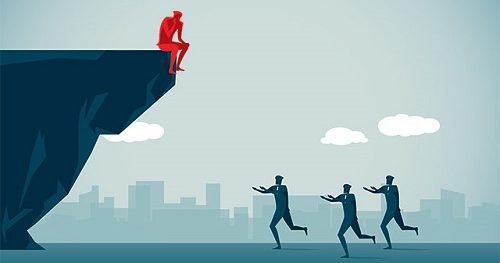 This era of Coronavirus is both frightening and a period of great uncertainty that presents challenges for all. These challenges require flexibility and adjustments in which factions of our vulnerable populations already have a degree of difficulty balancing and often lack adequate support systems as well. We are now seeing the numbers which reveal the additional stressors related to coping and mitigating this pandemic have resulted in skyrocketing rates of suicides amongst Veterans, Substance Abusers, and Adolescent populations hit the hardest.

A 2018 Veteran Study revealed that loneliness and feelings of isolation are a contributing factor to those who become suicidal and act upon that suicidal ideation. Veterans who suffer from depression and anxiety often feel marginalized, and barriers to seeking treatment, such as access, funding, and stigma, have only surmounted during COVID-19. Especially Combat Veterans who suffer from PTSD, and related symptoms, see a rise in stress-related social integration and often find emotional intimacy on any level anxiety-inducing. This often leads to fragmenting of family structures and a narrowing of those physical contacts the Veteran can utilize for emotional support. For this Veteran, limited resources are usually lifelines. They have learned to trust and conditioned themselves to tolerate the human connection as it is vital for their mental health and survival. Social distancing guidelines have been devastating to some Veterans who now find themselves all alone with their demons.

Another way to view the risk of suicide in Veterans is to note that approximately 20 Service members or Veterans take their lives each day in this country.

Right Wire Report requests you to take a pause and read that above sentence again. Nearly 79,000 Veterans died by suicide between 2005 and 2017. By comparison, 7,000 troops were killed in combat in the two decades of the war on terror in Iraq and Afghanistan. The Trump administration has made this a priority, and you can read more here at the National Task Force website.

Now, look at the statistical change since the virus emerged, showing Military suicides have increased by as much as 20% this year compared to the same period in 2019. Even The National Guard suicide rate is up about 10%, going from 78 last year to 86 this year, which could be related to an ongoing pandemic, natural disasters, and civil unrest increasing burdens. Isolation and uncertainty play a role in the uptick of anxiety in all populations across the board; however, Veterans share real concerns about contributing health issues that place them at grave risk of bad outcomes if they become infected.

Age and respiratory illnesses are both risk factors for COVID-19 mortality. In 2017, the Veterans’ median age was 64; their average age was 58, and 91% were male. The largest group served in the Vietnam era, where 2.8 million Veterans were exposed to Agent Orange. Many suffer lung-related illnesses. Younger Veterans deployed to Iraq and Afghanistan were exposed to dust storms, oil fires, and burn pits, and perhaps as a consequence, have high rates of asthma and other respiratory illnesses.

Many Veterans also live in Soldier Homes or extended treatment stays in VA medical facilities. As of the end of July, Nearly 20,000 of America’s Veterans had tested positive for COVID-19 and over 1500 had died from the disease. There has been a dramatic uptick in the number of Veterans seeking remote mental health assessments. In July, those totaled about 78,000 appointments. Before the pandemic, America had an epidemic crisis of Veterans killing themselves But much more is now needed if we desire to shore up all the cracks we lose our heroes through daily.

We need a targeted, highly visible National Campaign that informs and empowers all Americans to make a difference in a Veterans life as they have in ours. This campaign should include programming in schools as young as kindergarten through college to promote Veteran support and engagement. Legislation targeting tax incentives and private/public partnerships to encourage a pathway to hire and heal our Veterans. And we need to focus on addiction and homelessness in this population too.

Beyond government, each American has a role to play. Contact your local and national charities and not only provide donations but give of your time to the cause. Now, in light of COVID-19, we must be aggressive and seek gains against the epidemic of Veterans’ suicides and not lose ground! Here are only a few charities and foundations you might want to consider:

Check your local area and adopt a charity to become active and make a real difference in a Veteran’s life.

Data is always lagging, but the most current statistics nationally denote a 17.59% increase in drug overdoses from March 2020 to May 2020. The more accurate measure is to access state reporting, which does support a dramatic increase in substance abuse related suicide since coronavirus began, here, here, and here.  Physicians and nurses routinely have high rates of addiction, but a recent survey polling 2,300 physicians said 60 percent were suffering from feelings of burnout, anxiety, relapse, and suicidal thoughts during the pandemic.1 out of 4 reports knowing a physician who has committed suicide. In 2019, almost 71,000 people died from drug overdoses.

Addicted people often have a dual diagnosis such as Bipolar, Post Traumatic Stress Disorder, Depression, and Anxiety, to name just a few. The substances and lifestyle are used to self medicate underlying mental health issues. The pandemic only heightens the need to escape and diminishes those support people in the addict’s life who may be overwhelmed by handling the virus at present.

“But there has been another cost that we’ve seen, particularly in high schools,” Redfield said. “We’re seeing, sadly, far greater suicides now than we are deaths from COVID. We’re seeing far greater deaths from drug overdose that are above excess that we had as background than we are seeing the deaths from COVID. So this is why I keep coming back for the overall social being of individuals, is let’s all work together and find out how we can find common ground to get these schools open in a way that people are comfortable and their safe.”

If you are anyone you may know is struggling with substance abuse addiction a few resources you may provide can be found here, here, and here. Contact your local and national charities and not only provide donations but give of your time to the cause. Here are some you may want to consider:

Diagnosed mental disorders and suicide rates in children and adolescents have been rising exponentially for over a decade (see charts). Before the pandemic, youth suicide rates had reached crisis levels, and lock-downs, isolation, loss of quality of life activities, family dysfunction dynamics, anxiety, and depression have only exacerbated the trend. The CDC reports a nearly 60 percent jump in suicides by young Americans since 2007 and from 2007 to 2018, suicides among children and young people aged 10 to 24 rose from about 7 per 100,000 in 2007 to nearly 11 per 100,000 in 2018. For perspective, here is a shocking and sobering stat -The second leading cause of death for 10 -14 yr old and 15 -24 r old is suicide.

“A report released by the Centers for Disease Control and Prevention (CDC) in August found that among 5,400 respondents, nearly 41% reported at least one mental or behavioral health condition, such as symptoms of anxiety, depression, trauma, or increased use of substances to cope. Anxiety symptoms reported between June 24 and 30 were three times as prevalent as the second quarter of 2019, and depression was four times as high.

Young adults, in particular, were affected — nearly 75% of respondents between the ages of 18 and 24 reported experiencing at least one behavioral or mental health symptoms. A quarter of young adults reported that they had thought about suicide in June, compared with nearly 11% of respondents overall reporting they were seriously considering suicide in the 30 days before completing the survey, doubling pre-COVID-19 rates. Black and Latino people, caregivers, and essential workers were particularly vulnerable to such thoughts.”

The Hunstable family recently suffered the most horrific loss any parent could experience when their 12 yr old son, Hayden, committed suicide during this pandemic. This father imparts wisdom every parent should absorb…