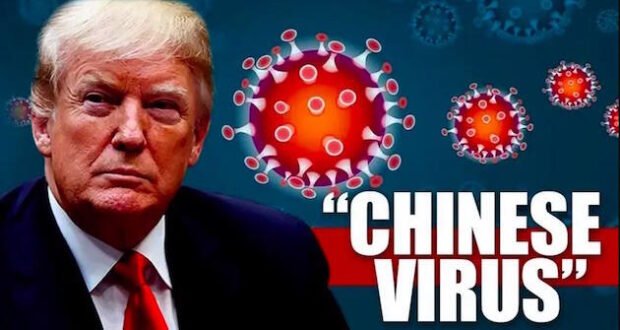 At the outset of the Wuhan virus infection, the now-revered Dr. Fauci said that the disease was not to be feared and that wearing a facial mask would do little or no good in preventing contamination of the disease to the wearer.

Nevertheless, leftist Democrats took up the banner of the mask anyway, because it gave Democrat mayors and governors a way to undermine President Trump in the political season of 2020, so they mandated facial masking as a political way for the public to stay fearful and miserable as Democrats blamed the Wuhan disease on President Trump.

But reasonable people saw the Democrat, control-freak, lie for what it was and decided that they could risk a little temporary illness if, by chance, they were among the very few citizens to contract the virus, so many people elected to not wear the worthless masks for the little or no protection it would give them. These select mask-refusers gained a lot in personal freedom and health by rejecting the Democrat edict to wear the mask.

So then Democrats changed their story and said that mask wearing was critical, not to protect the wearer of the mask, but to protect people that the wearer may come into contact with during the day. So then the logic of the leftists became that a mask-denier was a thoughtless, inconsiderate, public-health-threatening person who was putting other people at great risk of death and illness for not wearing a mask.

And then President Trump tested positive for the disease, so Democrats completed the full circle of lies and then told the public that masks protect the wearer, and that the refusal of the president to wear a mask all the time put him at risk, and they called him a disturbed, unbalanced and inconsiderate person who was deserving of being ill for not wearing a mask all the time and for conducting out-of-doors campaign appearances with crowds largely refusing masks as well.

Democrats have displayed their political corruption with a willingness to dictate to the American citizens how to behave, what to wear and when to wear it. Now that Democrats have found this new power to strike fear into citizens and to force them to adhere to authoritarian control, one fears for the next cold and flu season when they will claim that these annual diseases will be much worse and more deadly with the corona virus still active, and one fears for other power grabs that Democrats may resort to, beginning with unsolicited ballots already being distributed by mail to citizens of many states, for the election in November. And when you combine the above opportunities for anti-American forces to cause trouble on top of the summer of radical left rioting and burning, just get ready and stand-by for a winter of more-of-the-same from Democrats as the results of the next presidential election are tabulated.