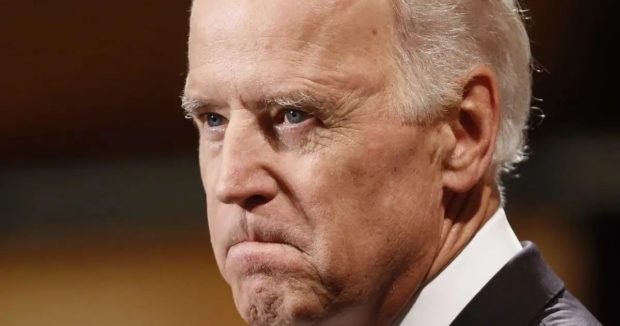 There are numerous reasons not to support Joe Biden for President, but none may be more critical than his obvious corruption, constituting both “bribery” and “high crime and misdemeanor” under Article II of the Constitution’s impeachment clause.

If you are a conservative, such as a Republican or Libertarian, Biden’s adoption and eventual further embracement of a progressive agenda is a turn-off.

If you have ever been around an elder relative or stepped into a nursing home, Biden’s cognitive decline is glaring and, in fact, undeniable. You can’t vote for a person with dementia who is tasked with leading the US (and thus the free world) and protecting us from foreign enemies such as Russia and China. The hand on the nuclear button can’t be attached to a man who can’t thread together two coherent sentences or identify what state he is in or what office he is running for.

If you are an advocate of the “me too movement” or just have any sense of decency, you don’t want a sexual predator occupying the White House. The litany of “sniffing” and grouping clips are reprehensible; Tara Reade’s rape allegation (believed by Kamala Harris) may be actionable.

The lackluster Obama / Biden recovery, Biden’s failed response to the H1N1 flu, Biden’s embracement of racists (such as Robert Byrd), Biden’s opposition to the Osama Bid Laden raid, Biden’s support of the 1994 Crime Bill, Biden’s support of never-ending wars in Iraq, Afghanistan & Syria, packing the Supreme Court, open immigration, “free” healthcare for illegal immigrants, etc., etc., can be added to the list. But, the biggest kink in Biden’s armor arises out of the recent evidence of his political corruption and sell out of the United States to foreign powers – these are impeachable offenses.

On October 14th, the NY Post (the 4th largest newspaper in the US by circulation) disclosed emails of Hunter Biden proving that he introduced his dad to an executive at Burisma, a Ukrainian energy company for which Hunter served as a director at a monthly compensation of at least $50,000. Such introduction to then-Vice President Biden occurred less than a year before Joe Biden’s December 2015 trip to Kiev, during which he pressured Ukrainian officials into firing a prosecutor investigating Burisma. The threat Joe used was withholding a $1 billion US loan guarantee (supported by US citizen tax $) unless the prosecutor was fired. Joe Biden has and continues to deny both knowing anything about his son’s business dealings or meeting anyone from Burisma. Not only does Joe Biden lie, he used his office as Vice President to further the financial well-being of his son and himself by wielding U.S. taxpayer funds at the expense of U.S. interests.

The source of the Post’s article was a hard drive from a computer dropped off by Hunter Biden in April 2019 at a repair shop in Delaware (but never returned to pick up). Hunter’s signature is reported to be on the work order for that computer’s repair, a letter to the repair shop from Hunter’s attorney has surfaced supporting the tie between Hunter and the hard drive, the pictures and other information produced to date evince that, in fact, the hard drive comes from Hunter Biden’s computer. This is not a Russian disinformation campaign; the left already played that card; it was BS then, and it is BS now. The evidence is solid.

On top of the Hunter hard drive treasure trove, Hunter Biden’s former business associate, Bevan Cooney, has recently made available previously undisclosed emails laying out in detail how Hunter Biden and his associates cashed in by using their access to high-level Obama-Biden officials to arrange private meetings for foreign entities and investors.  The Cooney emails also contain evidence of the millions of dollars raked in by Hunter and how the bounty was spread out amongst his family, including his father Joe Biden (a.k.a. the “Big Guy”).

Bevan Cooney is now in prison serving a 30-month sentence for a deceptive bond issuance scheme that defrauded a Native American tribe and investors out of millions of dollars. Cooney has expressed that he believes he was the “fall guy” for the fraud scheme and that Hunter Biden had avoided responsibility. Cooney’s pissed, so he is picking up his skirt to expose Hunter’s wrongdoing as payback. Cooney’s email stash was made public via granting access to his email account (not just supplying printouts) to Peter Schweizer, the author of the book Secret Empires: How the American Political Class Hides Corruption and Enriches Family and Friends. Schweizer’s not a fool, nor new to this game; he’s not going to run with this evidence if it is not sound. So, sorry left, your Russian hoax narrative won’t work on Cooney’s disclosure either.

So, it now obvious that the former Vice-President and now Democratic nominee for the President of the United States has lied about his knowledge of his son’s sleazy business dealings with foreign powers and entities, has received payments/bribes from foreign actors, is corrupt and is compromised (i.e., subject to blackmail and foreign influence). As sad as that all may be, Joe Biden is also subject to prosecution for criminal misconduct, bribery, and corruption for violations of federal law including, but not limited to violations of:

Breaches of the above laws are not insignificant; in certain instances, they come with significant penalties of both jail time and fines. Article II of the U.S. Constitution, which generally describes the executive branch, specifies that the “President, Vice President and all civil Officers of the United States” shall be removed from office if convicted in an impeachment trial of “Treason, Bribery, or other high Crimes and Misdemeanors.” The alleged acts of Joe Biden clearly amount to “bribery” and “high Crimes and Misdemeanors.” Accordingly, if Joe Biden were to secure the Presidency on his first day of office, he would be subject to the threat of impeachment and potential removal of office, the outcome of which could depend on the composition of the House and Senate.

If Joe Biden wins the presidency and the House falls into Republican hands, articles of impeachment would justifiably be presented upon inauguration. Even if a Biden presidency were coupled with a Democratic-controlled House, the political climate could lead to articles of impeachment being presented by the Democrats. In such an instance, the Democratic powers that be could find it beneficial to “sacrifice” good old Joe and replace him with Kamala Harris, the most liberal Senator in the Senate. Such a move could take political pressure off the Democrats, theoretically enhance their brand with the American public (as they would be cannibalizing one of their own for the “good” of the Country), and result in a younger progressive President that would advance their cause more effectively. It is likely easier to have a direct progressive actor like Harris do your bidding than manipulate the strings attached to a puppet with dementia.

An even likelier, less messy scenario would be Joe Biden resigning the Presidency and leaving Harris at the helm. October 10, 1973, is not that long ago (at least to some of us); on that day, Spiro Agnew pleads no contest to a charge of federal income tax evasion in exchange for resigning as Vice President and the dropping of charges of political corruption against him. Spiro and Joe Biden may end up being two peas in a pod and, thus, both in the same frying pan.

No matter how you cut it, if Joe Biden is elected President, the end result may be his prompt removal from office and the beginning of a Harris Presidency. That would, in fact, accelerate the beginning of the end of the United States.

Democrat Politicians Could Learn A Lesson From George Costanza

Tucker: Our leaders used a health emergency to subvert democracy