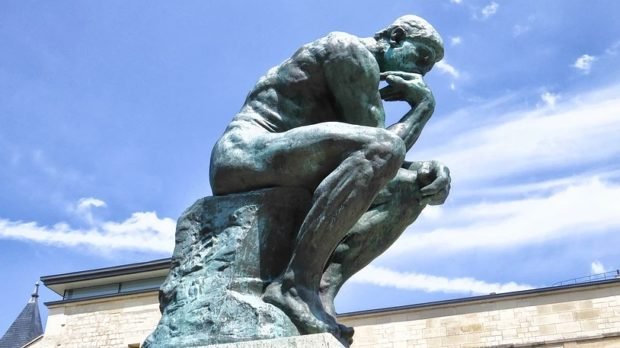 The American public needs to begin holding more than one thought in their heads at the same time; many things can be true at once. For example, coronavirus can be a real disease that we approach with caution but not paranoid fear.

Democrats perform better electorally when the public is ill-informed, unquestioning, and focused on its deranged hate for Donald Trump. They know that it is hard for the plebeian voters to think rationally when anger and emotions dictate brain function. Out of this intentional deceit and chaos engendered through misinformation and unconstitutional dictates, a few questions emerge.

How is it possible that the media and Democratic politicians simultaneously blame Trump for the loss of lives and destruction of the economy?

Either Trump was acting cavalierly toward the disease or he effectuated shutdowns, to great economic detriment, in order to prevent a greater mass spread of the virus. It cannot be both. More specifically, how is Trump responsible for an economic decline that occurred solely as a result of going forward with extended lockdowns? Democrats wanted the shutdowns, not Trump, and it is astounding to listen to Democratic candidates for President and Vice President urge more financially ruinous lockdowns while concurrently suggesting Trump’s policies are hurting us.

A quick glance at state-level data suggests that the only reason President Trump is being hammered nationally stems from the fact that blue-state governors are handling the crisis so poorly at their level, thus inflating his own numbers. Consider that the five hardest-hit states are all helmed by Democrats and are well above the national rate of 64 deaths per 100,000: New Jersey (181), Massachusetts (138), Connecticut (126), Rhode Island (120), and Louisiana (106). In the top ten worst-hit states, eight are led by Democrat governors and are still all above the national average – New York (81), Illinois (71), and Michigan (71).

A special note could be made that New York City, home to far-left lunatic Bill de Blasio, and a microcosm of Andrew Cuomo’s own politics, has a stratospheric death rate of 274/100,000. Just imagine the media coverage if Ron De Santis were in charge there.

If Trump’s contraction of the virus was proof of both his own stupidity and the virus’s virulence, does this mean Democrats think poorly of everyone else that has either gotten sick or perished from this disease and does his recovery also reflect its survivability?

Despite millions of positive cases and a debatable number of deaths, suddenly coronavirus contraction was fully up to individuals. How does anyone explain both past and future infections? Did and will everyone deserve to get sick? Or, perhaps viral transmissions have always been happening and always will happen and don’t always abide by human precautionary interventions. Not only that, there were never any concerns when hundreds of thousands of social justice warriors headed to the streets en masse this past summer to blame police for the deaths of society’s finest members. Now suddenly a maskless Trump deserves scorn and ridicule? Save it.

Also, in the worst of worst-case scenarios, had Trump succumbed to the disease, he would have been posterized as proof of the virus’s lethality. His image would have become a campaign for years about the threat of the virus. Now, since he survived, as have all of his staff, there is not a word from the media or politicians toward the contrary. Why not? Especially as an older and overweight male, he was more prone than the general population. But, after dealing with symptoms, he recovered. How boring.

After months of “follow the science” or “listen to the experts,” does data and recommendations from medical professionals, who are viewed as politically deviant, deserve the same public reverence?

A collection of remarkable and premier medical minds came together to issue The Great Barrington Declaration. It has received little to no press outside of conversation circles. Do these experts, and they deserve such a moniker, hailing from the most eminent institutions such as Harvard, Stanford, Oxford, and many other major medical centers

Earlier this summer, England had to revise its death total after admitting it counted anyone that had tested positive at any time would be listed on the toll. In Scotland, the government recently updated how it will conduct counts for COVID-19 patients in hospitals. Both result in significantly lower counts.

In early September, 600 Belgian doctors wrote an open letter simply asking “for an open debate, where all experts are represented without any form of censorship.” They rightfully recognize that “the current crisis management has become totally disproportionate and causes more damage than it does any good.” Is anyone listening?

The New England Journal of Medicine, which recently declared Trump’s leadership a crisis of public health, had to admit that public masking was not effective at mass prevention. Of course, we knew this already from the CDC, but no matter how often this information is shared, the media and politicians are completely disinterested in reporting scientific truths.

Now, we even have the CDC reporting that most people infected with coronavirus were “always” wearing masks despite becoming infected. A school in Michigan that practiced, and even went beyond, recommended safety measures had to close due to an outbreak of strep.

Finally, many American doctors, including black women and immigrants (people the left always use as props) were suddenly barred from sharing their medical expertise on the steps of the U.S. Capitol. Social media giants went so far as to remove their declarations and hide their presentation from the public viewership.

How would Joe Biden have handled this any different from the beginning, and what plans does he have that guarantee greater safety and economic security?

As soon as someone in his campaign legitimately answers this last question, maybe then we can have a real conversation. Of course, thinking people know he has nothing to offer and the only thing that would have played out differently in a pandemic under his administration would have been the media coverage celebrating his response to the exact same scenarios.

Democrat Politicians Could Learn A Lesson From George Costanza

Capmocracy - November 28, 2020 0
Dolly Parton is being celebrated in song—a rewritten version of her own “Jolene”—for her contribution to an experimental coronavirus vaccine. Northeastern University associate English...
South Korea

Capmocracy - November 28, 2020 0
Looks like Giselle is the rapper of Aespa if you are watching the concept video of the member.What did you think of the...