Sport in Saudi Arabia has exploded in the past two years with iconic events taking place on the football pitch, on the tennis court and in the boxing ring. But nowhere has the acceleration been seen more than behind the wheel of a racing car.

From staging the Middle East’s first Formula E races, including Saudi female drivers competing for the first time on home soil, to successfully staging the Dakar Rally, the crown jewels of motorsport have found a new home in the kingdom.

Now it has been confirmed that history will be made in 2021, when one of the world’s biggest sports events comes to Jeddah for the first ever Formula 1 Saudi Arabian Grand Prix.  The race in November 2021 will see the world’s best drivers and constructors, at the pinnacle of motorsport, race through the streets of Jeddah for a spectacular night race.

The race will start and finish on the corniche, which runs along the banks of the Red Sea, providing a stunning coastal backdrop for a full weekend of live motorsport, entertainment and culture that will take over the second biggest city in Saudi Arabia.

In a statement issued today, Chase Carey, Chairman and CEO, Formula 1, said: “We are excited to welcome Saudi Arabia to Formula 1 for the 2021 season and welcome their announcement following speculation in recent days. Saudi Arabia is a country that is rapidly becoming a hub for sports and entertainment with many major events taking place there in recent years and we are very pleased that Formula 1 will be racing there from next season.”

AB: Sport, and motor racing, has been on a massive journey in the past two years, with Formula E, twice, and the Dakar Rally, what does it mean to the kingdom to now be part of the F1 calendar?

Prince Khalid: For us it is the cherry on the top. Formula 1 is the biggest and most important race event, globally, and for Saudi Arabia. We are very enthusiastic and we love racing motor sports. Now, we will have a Formula 1 racetrack that is going to be on the Red Sea in Jeddah. We have a big appetite for entertainment so we are doing it first for us, for the Saudis.

By bringing these events to Saudi firstly we offer something to our people, and we open up to the world, we invite the people to come see who we are, to see our country, to come race in our Saudi desert.

We have different type of cultures, we have unexplored places, shores, deserts that we would like to share with the world. And we like the people to come to see us because part of our culture is to welcome people, to host them.

AB: What can we expect from the Saudi Arabian Grand Prix in Jeddah?

Prince Khalid: It is going to be close to the Red Sea. It is going to be a night race. And we are going to have a lot of side activities and sporting events, such as Formula Two and hopefully maybe the Formula W for the women and concerts. We want the race to look good on TV, and for everyone that comes to attend, to be a unique experience for them, something different from the typical.

Also, for the teams. With Formula E we gave them a new flavour, so this is what we hopefully can do with the Formula One. 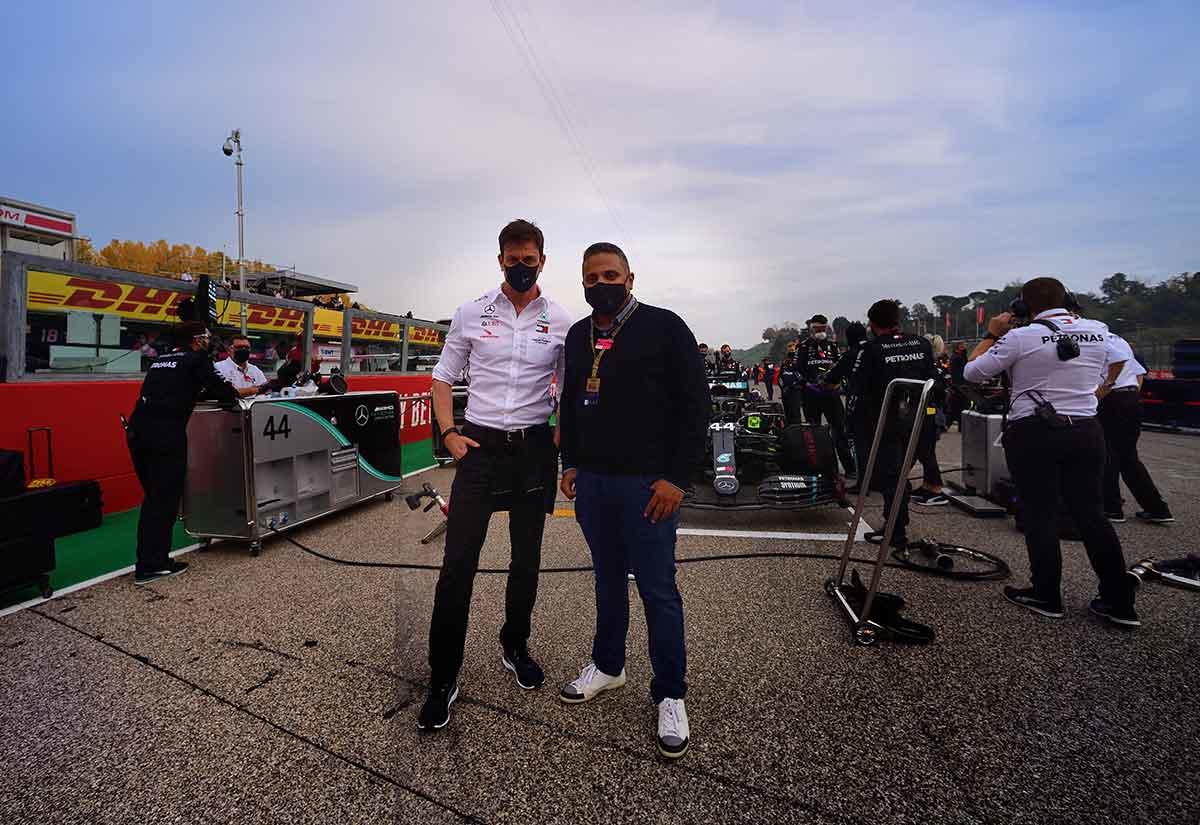 AB: A street circuit in Jeddah, by the sea, how would you describe this race? Saudi’s Monaco Grand Prix?

Prince Khalid: It is similar in that it is a city street city and it’s next to the sea. It will stretch along the Corniche, so it is not going be going inside the city like Monaco and between the buildings. It is very close to the shore so the scene will be Formula One car racing near the beautiful shores of the Red Sea. The scene will be amazing.

AB: World champion Lewis Hamilton recently said that sport in general is a powerful platform to initiate change. How has motor sport changed the landscape in Saudi Arabia over the past two years? And how do you see F1 advancing that evolution?

Prince Khalid: Yes, we have been on a journey and sports have changed a lot of things, maybe most importantly is opening up our borders, and creating the new system of visas. Saudi Arabia was one of the most difficult countries if you wanted to come you could not get tourist visa. We established a new system that you can just buy a ticket and you can get a visa within less than an hour.

So, for us this made the change, and also for women. We had the first concert where there was no separation between men and women. Everybody can enjoy the race and the event.

Prince Khalid: It is to inspire, to inspire our Saudi people, if they are men or women, that they can be part of such an important event. They can make a change; they can bring the people from all over the world to come to one place. And Saudi Arabia is very big country, we have different cultures, so it is bringing different people together to a place and share in the noise and the entertainment.

Also, we would like to inspire our people to show that one day they can be the one of the stars that run the show. You can be a racing driver, if you are a man or a woman, hopefully we will see a woman driving in Formula One soon, but even to be an engineer or a mechanic. 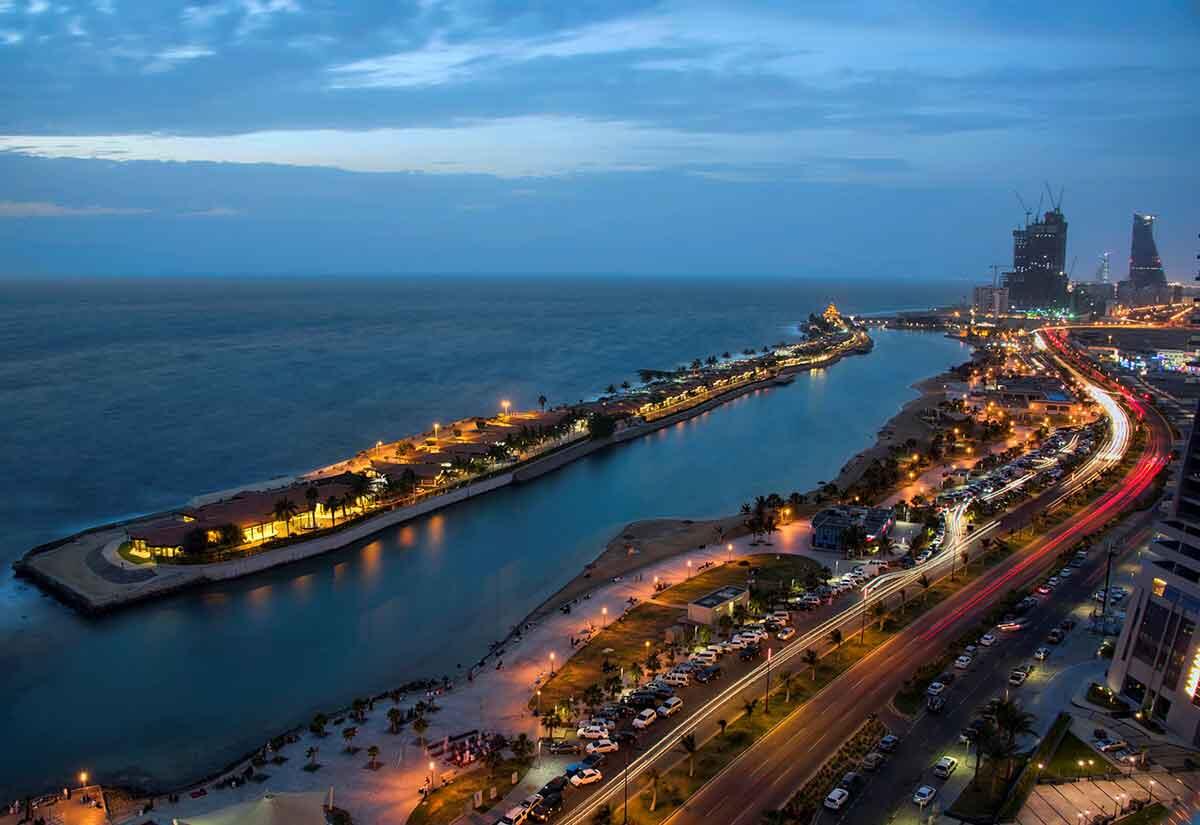 AB: What can you tell us about the plans for 2023 when the F1 moves to Qiddiyah?

Prince Khalid: We are building a unique city with a unique racetrack for motor sport and for Formula One. It is very exciting.

AB: Personally, what does this mean to you, as the head of the Saudi Arabian Motor Federation?

Prince Khalid: It is not just hosting a race, it is something more than that, so I am very pleased and I am very, very proud to be part of this. So being part of the team, with SAMF, with the Ministry of Sport, and bringing something exciting and thrilling to Saudi Arabia like Formula 1 it is something that I have been dreaming of.

It is not only about bringing sports; it is thinking about the future and taking the right steps that will help us achieve our goals and offering the best to our community. To be part of this change, and specifically in motor sports, this is something that I am really proud of. I do not know how we can top that, but I am sure we will produce some new interesting things after Formula 1.