No other president in History has loved his country and its’ people so much and displayed it every day as Donald Trump. Trump lowered the big business tax from 35% to 21% and the small business tax from 21% to 15%. This caused companies from overseas to come back here and build and hire people in droves. Trump also gave us the biggest tax cut in history and promised to give another tax cut in his next term. Biden on the other hand said he was going to raise everyone’s taxes and they voted for him. I mean who votes for someone who says they are going to raise your taxes?

Trump kept us safe by putting a travel ban on Muslim countries that harbored terrorists and put sanctions on Iran who shouts “Death to America” on a daily basis. Trump also froze the 150 billion that Obama sent them and the 1.8 billion Obama gave them to release the hostages. Trump arranged for the release of 40 hostages without paying a cent. Biden says he is going to lift the travel ban on those countries and lift the sanctions on Iran and the people voted for him. I mean who votes for someone who is inviting terrorists back in here?

Trump also kept us safe from all these illegals coming in here taking jobs from people who deserved them who were citizens here by putting up a wall between Mexico and the U.S. and only allowing 75,000 in a year who were fully vetted. Biden wants open borders and to allow 125,000 a year in. Biden also wants complete amnesty for the 11 million or more illegals in here already. That’s sheer lunacy and ignorance helped along by the mainstream media. Do they hate Trump that much they are willing to sacrifice their own safety?

There are a lot of things to worry about in a Joe Biden-Kamala Harris administration, but nothing more troublesome than that it will accommodate the left’s disturbing march toward selective suppression of free speech.

The mainstream media doesn’t even present both sides of issues anymore, and its coverage of President Donald Trump has been entirely negative, despite the enormous successes of his administration. The media conspiratorially shielded a cognitively failing Joe Biden and abdicated their reporting function concerning his condition and his unprecedented absence during the campaign. They wholly ignored credible corruption allegations against his son Hunter Biden. They invariably present their editorial views as straight news. All of these practices and more deceive and poison their viewers.

Trump stood up to dictators like Putin, Kim, and Xi and they respected him for it. I can’t see Biden or Harris or anyone on Biden’s administration standing up to these people, especially China. Biden is compromised with respect to China and Russia thanks to his son’s dealing with them, 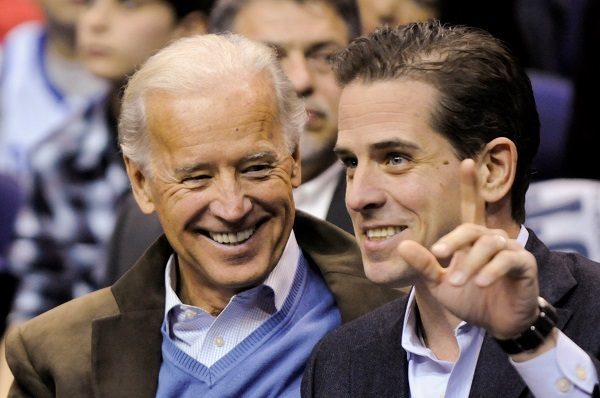 Biden is all for a mandate requiring facemasks during this pandemic. This is more government control over our lives. In an article by Daniel Horowitz, he explains that facemasks are not effective: Most Western elites are telegraphing the message that we will be forced to cover our humanity with cheap  face masks indefinitely. They are mandating that even two-year-olds must wear masks. The long-term effects on the lungs, emotional and behavioral problems, and development of infants and toddlers is enormous. For such an unconstitutional invasion of personal liberty, they are responsible to show us some amazing degree of effectiveness of this cultish ritual. In fact, the data show the opposite.

The much-vaunted Danish mask study was finally published today in the prestigious Annals of Internal Medicine. Now we know why three medical journals were so averse to publishing its findings. The study completely obliterates the cultish devotion to masks. The results of this massive real-life controlled experiment show that the group that wore surgical masks in April experienced a 0.38% lower infection rate than the control group that did not wear masks. That is about one-third of one percent, which is so low that it could just be statistically random variances that demonstrate no definitive efficacy even to that infinitesimal level.

Now a new Anti-Trump agenda has formed to rule every aspect of our lives. And that is the radical agenda of Joe Biden, Kamala Harris, Nancy Pelosi, and the new socialist Democrat Party. But it won’t be Joe Biden or the Democrat Party to usher in this new socialist, Big Brother government. It will be the anti-Trump coalition of Deep State operatives in the DOJ, FBI, CIA, and State Department.

The agenda will be pushed by Antifa, BLM, and the likes of AOC and her “squad.”The money for this anti-American agenda will come from Wall Street and Silicon Valley, and George Soros and his billionaire butcher’s club.

And the real muscle and support will come from Communist China.

By defunding the police, they’ll establish their own security force to protect their lives and property while leaving newly-disarmed Americans at the mercy of the national government.
And by continuing to take actions that close down thousands of small businesses, Americans will be more reliant than ever on Communist China for the goods they need.

Their goal is nothing short of complete control over you, your family, and your every thought and action.
Antifa and BLM may be their stormtroopers, but it’s Big Tech, the mainstream media, and the “intellectuals” from the neocon right and the left who are the real driving force.

Biden and the Dems want to turn this country into a socialist/communist state that was never meant to be with these repressive rules and regulations that Trump got rid of. Millions of people come here for freedom will only find that they came to the very thing they escaped to get away from

Capmocracy - January 21, 2021 0
"Garage kept" may be great for classic cars -- but for National Guard members it may be disrespectful.Reports of shabby treatment of National...