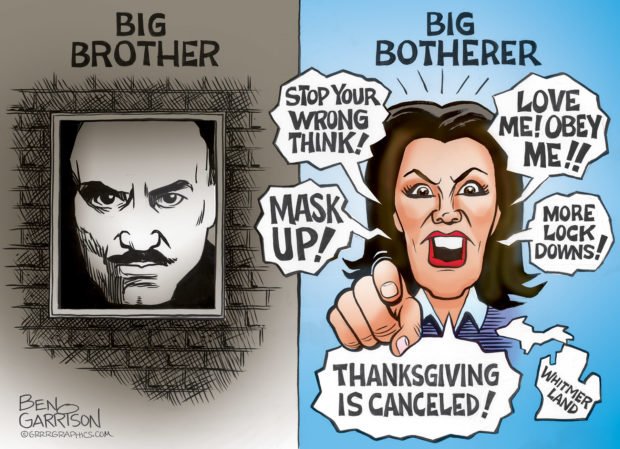 Is being “woke” the smartest and best way for an individual to think and behave? Andrew Cuomo is woke, but his decision to house covid patients in New York nursing homes killed over eight-thousand nursing home residents who were otherwise not infected with the virus. So Cuomo is maybe woke, but he’s dumb as well, and makes dumb, and fatal, decisions as the governor of New York state.

Barack Obama was woke and took healthcare from many Americans who had private health plans that they liked and could afford, and against their will he moved tens of thousands of these unfortunate Americans to the Affordable Care Act which was more expensive and provided less coverage. This was another dumb decision from a supposedly woke, smart guy.

Joe Biden is woke, but when he was consulted about the military raid that ended Osama Bin Laden‘s filthy, murderous life, he advised against killing Osama. This decision by Biden to allow one of America’s most murderous and destructive enemies to continue to live was also stupid, which advice from the mentally challenged Biden was, thankfully, overridden by other Obama advisors.

Joe also wants to immediately raise taxes on Americans once he is sworn in, which is a bad idea common to leftist Democrats, because taxation deprives citizens of the money they earn and that they need for their families’ lives, and taxes especially hurt people in the lower income levels the most. More tax revenue to the government also means that big government gets more money and spends more money, and this increased government spending hurts every American, both rich and poor, because government wastes fifty percent of its money on useless crap.

AOC and Bernie Sanders are definitely woke persons who support everything related to the lie of warming/change. But should a person who is a non-believer in the hoax of warming/change even have to say that the green new deal is a bad idea that only weakens America and harms everyone living here? It’s obvious that harm will be done to America if the new environmental legislation is passed. Un-woke people are generally smarter than woke people.

Leftists want to end fracking, which will make America once again dependent on Arab nations for our energy. This doesn’t sound like a good idea to me, but it‘s a great idea to all leftist, woke Democrats.

Joe Biden has stated that he will impose another national covid lockdown as soon as he’s president. I fear that old, addled Joe doesn’t think too clearly any more, because we now know that the first lockdown didn‘t rid us of the disease and only hurt people who must work outside the home in order to feed their families. So let’s do it again? Only a stupid, woke man would suggest such a thing.

Biden has also stated that he will re-establish relations with Iran once he’s in the Oval Office, with the possible result of the Mullahs nuking Israel soon thereafter. This doesn’t sound like a good idea, either. The outcome of such an attack would cause a lot of dead Israelis, both woke and un-woke, and death throughout the Middle East generally, when Israel retaliates for such an attack, or strikes to prevent one.

I trust that I’ve made the case that woke, leftist people often make dumb mistakes that negatively impact this nation and its citizens. This being the case, maybe Democrats should be shown the Seinfeld episode where George Costanza learned that has initial tendency on every action he took was a bad, counterproductive decision, and that if he did the opposite of his first reaction, that the outcome would be more favorable and pleasant. Democrats could learn from such a lesson themselves and begin making decisions 180 degrees opposite their initial inclination, and things will come out better for the nation, as a result.

The beauty and value of President Trump was that his decisions were always the opposite of Costanza’s leftist, woke decisions, and were therefore the correct decisions for Americans every time. One hopes and prays that the Trump legal team can prove the vote frauds that we know Democrats perpetrated on the American people in the 2020 election, and that Biden will be sent home to his basement to wear his beloved mask to his heart’s content and not stand in the way of the unending progress President Trump has made in his presidency, and the future progress he‘ll make if he serves another four years.

KUWTT: Biden in, Trump out