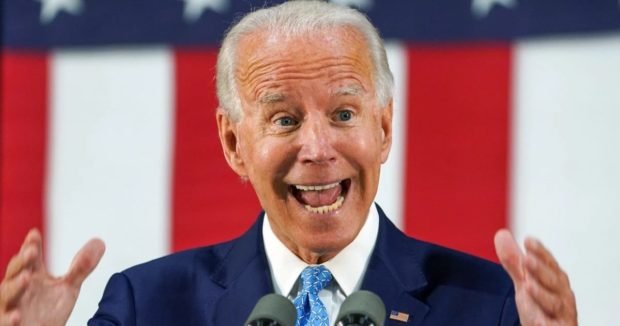 Joe Biden has sworn all along that he would take weapons away from owners, but his plans for accomplishing this task are not clear. He’ll make it up once he’s in office, if that dire occurrence should transpire, but it looks like he plans to tax weapons so the owner will give up and surrender his guns to the government.

This gun confiscation/tax thing has the taste of ex post facto laws, which prohibit going after someone for a crime that was not a crime when he/she committed the act. And it’s kind of like the difference between being taxed this year for income you earned this year, as opposed to being taxed this year for income you earned and paid tax on in previous years. Biden is possibly proposing a form of double jeopardy with his free-wheeling taxation for a purchase made years ago, because taxes always accompany purchases as the initial purchase is completed, and now he‘s generating a latent, add-on tax.

This has some resemblance to Obamacare: when the former president was trying to sell the ACA to America and get legislators to pass the ACA law, the charges for this healthcare bill were called “user charges“, because the word “tax” was unpopular and not sellable to the American people. But when the Supreme Court was considering the constitutionality of the bill, Chief Justice John Roberts replaced the “user charges” with the word “tax”, because the constitution does not allow the government to force the sale of any product or service on citizens, but it does allow government to levy taxes on them. So “tax” was the word used to get the unconstitutional bill passed.

A tax on guns when they’re bought is one thing, but a hidden, future tax on weapons already owned and paid for is another thing entirely. Where will this kind of obligation on citizens end? Will I get a second tax bill for groceries I bought and paid for a month ago? Will my car be sales-taxed again later at the whim of Joe Biden?

And Old Joey seems confused with terms like “magazine” and “assault“. During one interview he referred to a magazine as anything having multiple bullets in them. Gee, Joe, I thought that multiple bullets is why magazines were developed in the first place. Who would have known?

And the definition of an “assault weapon” still escapes leftists; they only know that they hate guns in the hands of peaceful patriots who have never committed a crime except to buy a perfectly legal rifle or pistol for sport or personal protection, and then expect to be able to keep it thereafter.

As Chris Plante is fond of saying, “where do we find these people“, and how is it that these fools are now our rulers and decision makers?

Capmocracy - January 21, 2021 0
"Garage kept" may be great for classic cars -- but for National Guard members it may be disrespectful.Reports of shabby treatment of National...