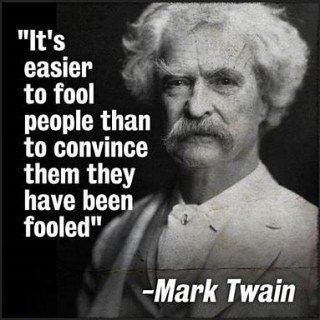 The FBI, the CIA and the FISA court all colluded to prevent Donald Trump from becoming president, and when he won anyway they continued to persecute him and prosecute his campaign staff for over three years with phony charges and frame-up evidence.

The full force of all of the federal law enforcement agencies were working, both in private and in full public view, to destroy the Trump administration. And in the process of all of this illegal and treasonous anti-Trump activity, Americans who voted for Donald Trump were being disenfranchised and denied the votes that they cast for their candidate of choice for the presidency.

Now we are living through the second effort of Democrats to disenfranchise American citizens all over again, via mail-in ballots that can be manipulated and recounted to get the desired outcome or by use of computers that can be programmed to move votes fraudulently from the Republican candidate and add these votes to the Democrat candidate in a renewed effort to defeat President Trump.

We patriotic Republican citizens are outraged at these abuses being dumped on us and our candidates by the demonic forces of the political left, and we fully support President Trump and his legal staff as they try all legal methods to correct the fraudulent election of 2020. And it’s useful to point out that the president, the most powerful elected leader in the world, is using LEGAL methods to correct the vote, he’s not working behind the scenes, hidden from visibility as he subterraneous presses the various courts for justice.

So with Democrats using the full force of the federal government to treasonously get rid of Trump, made clearly evident with the long-term use of the Mueller investigation staff of leftist lawyers who finally agreed that they were unable to find any evidence whatsoever of Trump colluding with Russia, can there be any doubt that these same corrupt Democrats would use paper ballots and crooked voting machines as a last ditch effort to try to finally get rid of their most feared nemesis?

One can only hope that if President Trump is not able to convince state and federal courts of the fraud we can so readily see and to reverse the fraudulent Biden win, that President Trump will immediately announce that he will run for the presidency again in 2024, and with all of the evidence of wrong-doing he has brought to light in the lee of the 2020 election, he will certainly win the election in 2024. And by that time, with all of the incompetence and socialist dealings that will certainly come from a Biden administration, his honesty and his know-how at getting hard jobs accomplished, will be sorely needed to straighten this nation’s politics out again.

Capmocracy - January 17, 2021 0
HOUSTON -- Football is returning in the Western Athletic Conference, this time at the Championship Subdivision level.The league announced this week that it...
Politics