More Swiss companies are likely to be investing in the UAE following the recent change in foreign ownership laws, Switzerland’s foreign minister has said.

“We hope that Swiss companies can benefit from the recent legal amendments regarding foreign direct investments in the UAE,” said Ignazio Cassis, head of the Swiss Federal Department of Foreign Affairs. 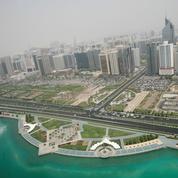 Foreign ownership move is a ‘momentous change for the UAE’, say experts

He was referring to the decree issued by President Sheikh Khalifa bin Zayed Al Nahyan on November 23, which annulled the requirement for commercial companies to have a major Emirati shareholder or agent, providing full foreign ownership of onshore companies.

In comments published by state news agency WAM, Cassis said that with $16.6 billion investments in the UAE and an annual bilateral trade worth $21 billion, the UAE is Switzerland’s most important trade partner in the Middle East and North Africa.

“More than 200 Swiss companies are represented in the UAE and many of them use the UAE as a hub for exports to other countries in the region and beyond,” added Cassis. 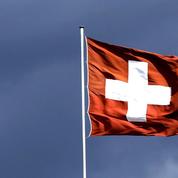 Switzerland is first to officially sign up for Dubai Expo 2020

European country says it has approved budget of $15.5m to build Swiss Pavilion on Expo site

The top Swiss diplomat also revealed that precious metals and jewellery constitute the biggest part of the bilateral trade.

He added that economic diversification in the UAE will provide new opportunities for small and medium enterprises in Switzerland that produce specialised technical solutions in the area of sustainable farming, water stewardship and healthcare.

On his two-day visit to Abu Dhabi earlier this week, the top Swiss diplomat met with Sheikh Abdullah bin Zayed Al Nahyan, Minister of Foreign Affairs and International Cooperation, and reviewed the cooperation between the two nations in various fields.

They discussed education, artificial intelligence, technology, health and economy, in addition to exchanging views over a number of regional and international issues of mutual interest, WAM said.

Cassis said: “During my visit to Abu Dhabi, I have seen with my own eyes how much the UAE is investing in innovation and new technologies… the UAE is by far the most innovative Arab country.”

He added: “I very much enjoyed my first visit to the UAE and I look forward to coming back soon in the context of the Expo 2020 Dubai. Switzerland has been the first country to sign up for the Expo and we look forward to presenting innovative projects and ideas for a sustainable future, embedded within Switzerland’s beautiful landscapes.”

Capmocracy - March 1, 2021 0
According to a new Axios-Ipsos poll, more than 60 percent of Americans believe the federal government’s response to the pandemic isn’t helping. In...
Soccer