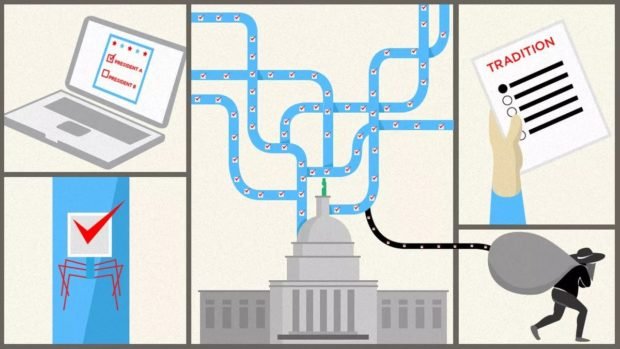 You have probably heard many times already in the mainstream media that there is no evidence of voter fraud in the 2020 election in the United States. You may have received extreme push-back from your family and friends that parrot this narrative – “BUT WHERE IS THE EVIDENCE?” Headlines like the following have consumed the public in this narrative:

Despite this mainstream narrative, NOTHING COULD BE FARTHER FROM THE TRUTH. There is a HUGE and growing body of evidence to show that there is plenty of evidence that exposes this and presents this evidence in detail. In this post, we provide a “portal” of all the evidence of videos and web links to many other aggregations of this evidence into a simple single post link that can then be more easily shared. So HERE IS THE EVIDENCE.

Please share this link with all your family and friends accordingly.

The Pennsylvania State Senate held a public hearing regarding fraud in this year’s election. The hearing was led by Republican state senators who alleged the general election was plagued by problems, including irregularities with mail-in voting. President Trump’s personal attorney, Rudy Giuliani, made the campaign’s case for voting irregularities and fraud through affidavits. Witnesses of voter irregularities gave their testimony of what they witnessed at polling sites, which included tens-of-thousands of uncounted ballots – here are some highlights.

Arizona Republicans meeting at a Phoenix hotel on November 3, 2020 election. The event was billed as a “fact-finding hearing” featuring members of Trump’s legal team, Arizona legislators, and numerous testifying witnesses – see here for 4 key takeaways. Rep. Mark Finchem of Oro Valley, the gathering was “to hear testimony and view evidence related to allegations of electoral compromise related to the 2020 election.”

The Michigan Senate Committee held hearings on December 1, 2020, to hear witness testimony about election security issues-see here for four key takeaways. The hearing included statements by a former state senator with expertise in data and technology and a contract worker for Dominion Computer Systems.

In Arlington, Virginia on December 1, 2020 – A national constitutional litigation organization, The Amistad Project of the Thomas MoreSociety, is hosted a national press conference featuring three whistleblowers who will provide personal eyewitness accounts demonstrating significant potential election fraud, some of which affects hundreds of thousands of ballots. Their affidavits are being used as evidence in litigation to ensure election integrity and the upholding of election laws in key battleground states, including Arizona, Georgia, Michigan, Pennsylvania, and Wisconsin. The Amistad Project of the Thomas More Society embarked on a multistate effort in 2019 to ensure election integrity in the 2020 elections.

A bombshell testimony with video evidence of alleged fraud emerged from the Georgia hearing that must be seen to be believed. In the video we see poll workers shut down counting and remove all poll watchers and other staff. Then four workers return with no oversight and count ballots they pull from hidden suitcases stored under a skirted table.

Civil lawsuits have been filed on behalf of the American people by attorneys looking into targeted voter fraud in specific areas within key states. Fulton County Georgia, the Atlanta area, is one of the districts in focus. Representing civil lawsuits in Georgia, attorneys Sidney Powell and L. Lin Wood held a press conference on December 2, 20020, to discuss their findings and the status moving forward. See this riveting must-see video.

President Donald Trump promised to protect a voting system that is “under siege” in a pre-recorded speech alleging election fraud released by the White House. Trump outlined the claims of fraud declaring the election “rigged.”

This is by no means a complete list of all the alleged election fraud in 2020. One can not wade through all this material and honestly say that there is no evidence of potential election fraud. If you have more links or information please place your comments below, and if appropriate we can update this post accordingly. Again, please share this link with all your family and friends accordingly.

Capmocracy - January 17, 2021 0
HOUSTON -- Football is returning in the Western Athletic Conference, this time at the Championship Subdivision level.The league announced this week that it...
Politics