Beirut’s Christmas markets have taken place despite the economic crisis and the ongoing coronavirus pandemic, with organisers wanting Lebanese to buy local during the festive period.

The challenge was difficult in light of the decline in the purchasing power of the Lebanese but the desire to support small businesses was stronger, organisers said.

“This year, 100 percent of all products are manufactured in Lebanon, and this is the aim of the market, as there is an urgent need for artisans and designers to sell their products. We’re trying to diversify products to allow shoppers and visitors to have multiple options, and most of the products and gifts are suitable for Christmas, including food, home decorations, sweets, clothes, bags and accessories,” Pascale Biffani, an exhibitor at The Village Dbayeh in Greater Beirut, told Arabian Business.

The Village is a community of restaurants and bars located in the heart of an emerging Dbayeh featuring 16 of Lebanon’s best names in the F&B industry.

Due to the high demand of visitors and shoppers, organisers extended the Christmas Market until December 22. 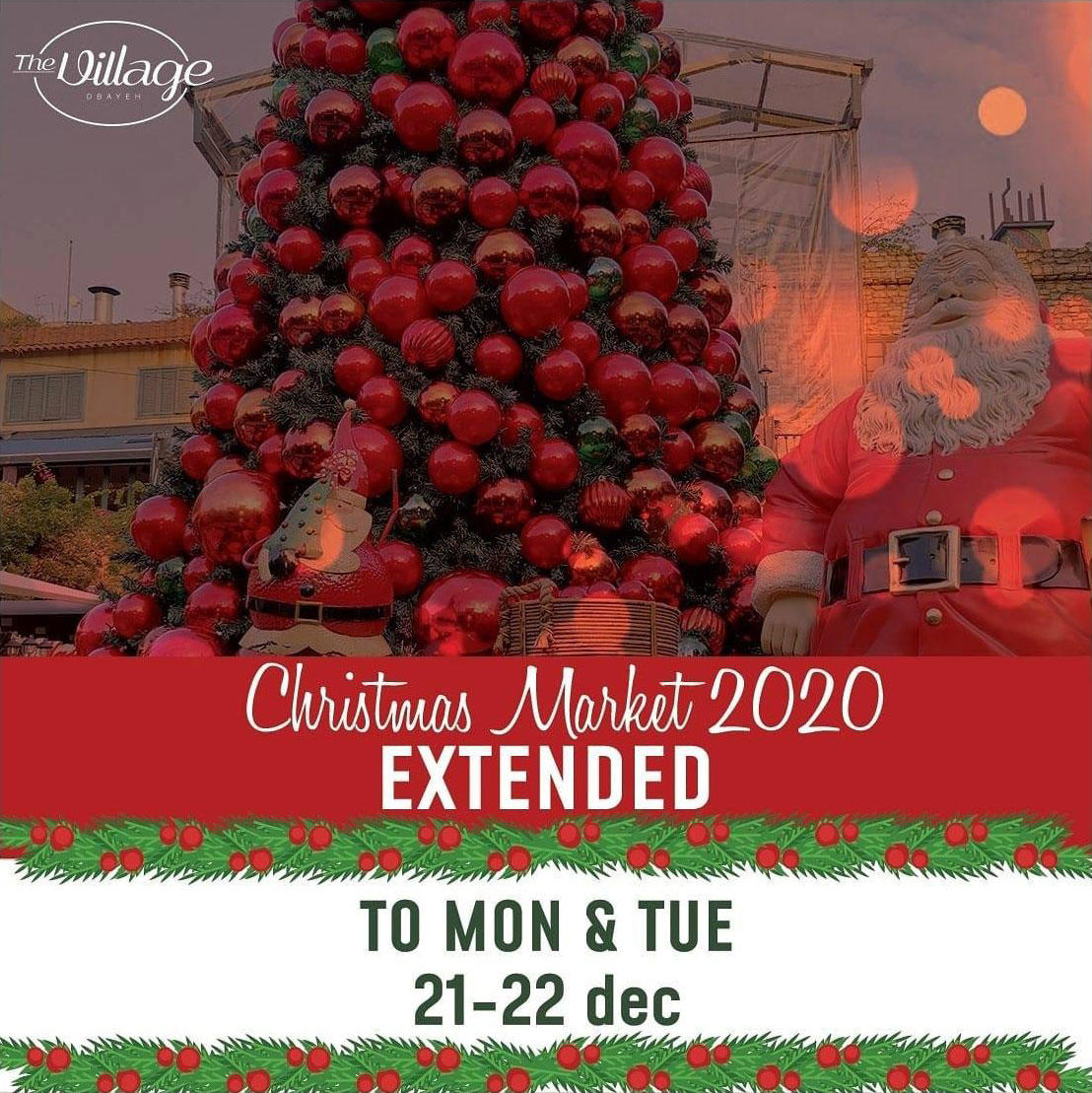 “My participation was very important in this Christmas Market, especially in light of the difficult conditions to support each other during the Christmas, and I encourage anyone wishing to do a small project in Lebanon, as it is the right time to support our local production,” said Nicole Saghbini, an exhibitor at The Backyard, Hazmieh, Greater Beirut.

The Backyard, Hazmieh, is a melting pot of restaurants, coffee shops, and pubs, along with its own kids’ playground.

“The turnout is very good, as the market attracts about 1500 people a day. An economic movement is formed through the purchase of products in addition to the presence of restaurants and cafes in the complex, which contributed to the additional attractiveness and movement of restaurants as well. The presence of restaurants helped greatly in the success of the market. There is no doubt that this movement has opened seasonal job opportunities for some young people,” added Camile Jaber, an employee at the Bartartine restaurant at the Backyard, Hazmieh. 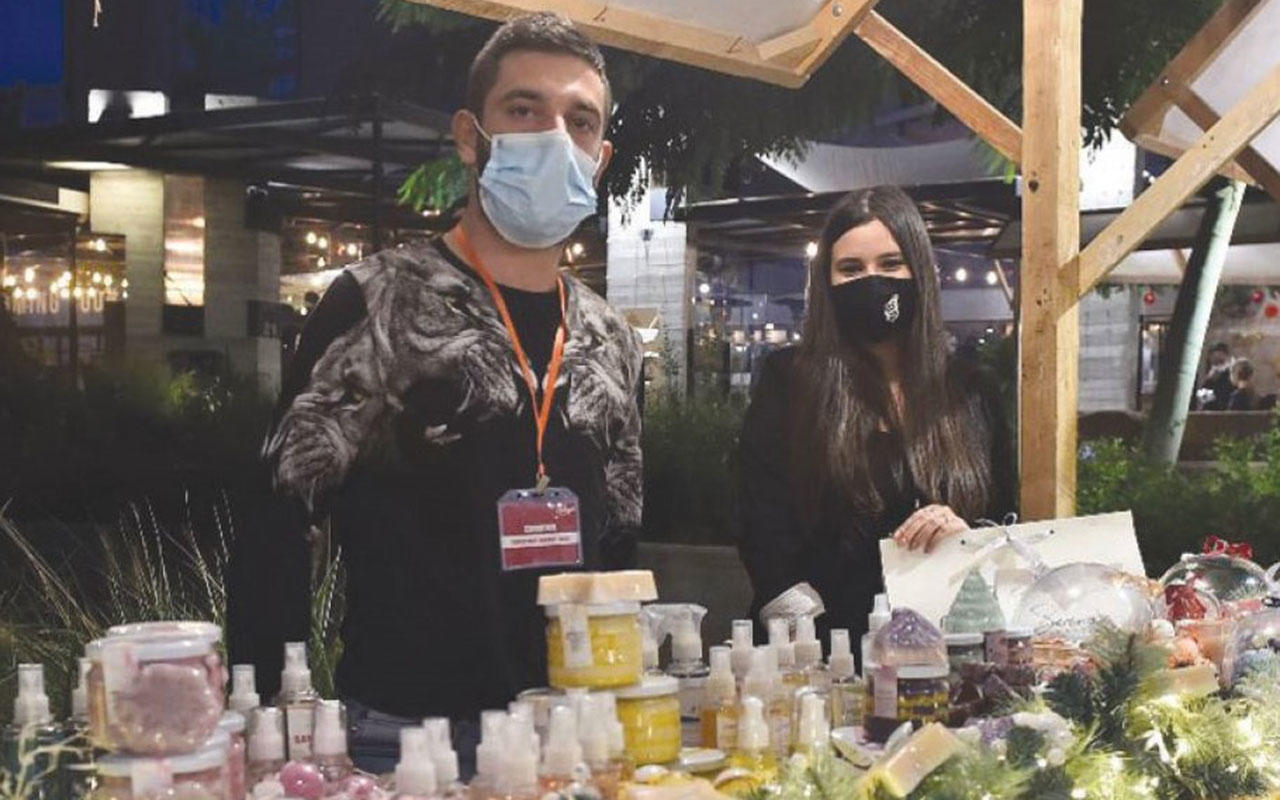 Christmas Markets differ widely this year in terms of size, the number of participants and activities, because the spread of Covid-19 has forced organisers to put in place restrictions. In addition, due to the financial crisis, exhibitions sponsors were absent, and support and material resources were greatly reduced.

Beirut Souks complex, a one-stop shopping destination in the heart of Beirut, organised a Beirutetna Festival (Festival of our Beirut), at Ajami Square and Fakhri Bey Street, to revive the capital Downtown after the Beirut Port explosion on August 4.

“The market has formed an outlet for us, even if seasonally. People want our products and the income is acceptable, and our presence here also has a moral aspect which is the feeling of the Christmas atmosphere. I think it’s time to raise awareness about local products and change our consumption habits,” said Walid Bakhaazi, a small business owner. 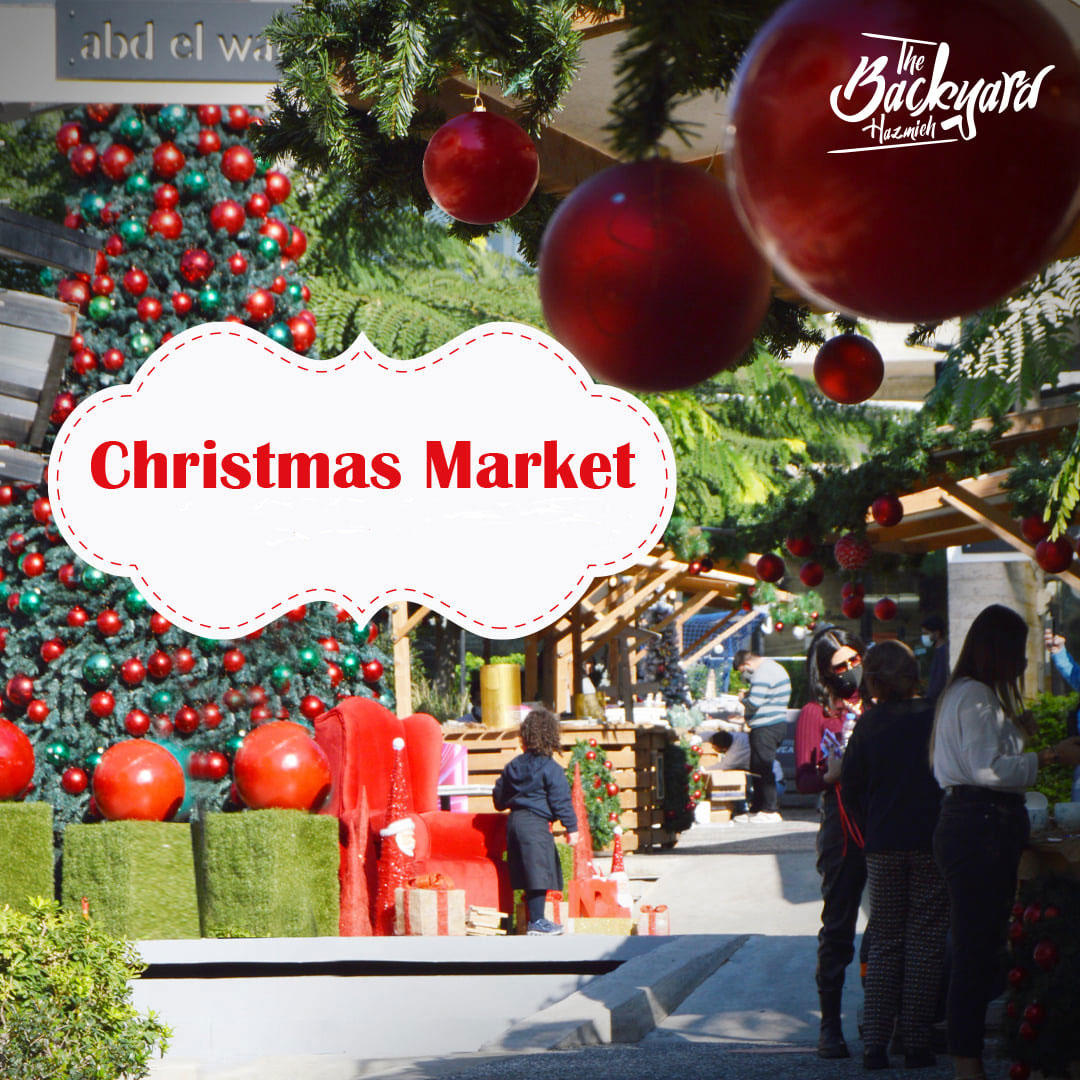 Restos St Nicolas, a complex of restaurants with children’s playgrounds in Achrafieh, Beirut, was also keen to host Christmas events, albeit on a smaller scale than last year due to the spread of the pandemic.

“Politicians have stolen our pockets, but we will not let neither them nor coronavirus steal the joy of our children at Christmas,” said Pierre Hakim while watching his three children playing in Restos St Nicolas playgrounds.”They’re kids, what’s their fault in making them feel the severity of the economic crisis?” he added.