A major retail holding group with stores in many of the UAE’s biggest malls has abruptly closed leaving suppliers claiming they are owed millions of dirhams in what has been described as “an unmitigated disaster” by those left out of pocket.

Gulf Greetings General Trading LLC cited itself as the exclusive representative of Hallmark Cards for the GCC region and is the owner of The Toy Store, which has major units within sites such as Mall of the Emirates and Dubai Mall.

Its company profile on LinkedIn said it operated across a total retail space of 125,000 sq. ft across the Middle East, with distribution centres in every GCC country and almost 400 employees in the GCC region. It listed 35 Hallmark stores and eight The Toy Store branches spanning across the entire UAE.

But on Friday its ‘30 year history’ came to a sudden end when suppliers received an email from ‘Gulf Greetings Management’ stating: “It is with great regret that due to unavoidable and unprecedented circumstances have forced Gulf Greetings General Trading LLC to close down operations with immediate effect.

“We would ask that you treat this situation with humility and respect for the long-standing relationship between our businesses. While certain members of the team will remain over the next few weeks, their ability to assist in individual situations will be very limited.

“Please accept our apologies for the disruption this will inevitably cause, I assure you the effect this has on the owners, Management and the entire Gulf Greetings team is devastating and would have been avoided at all costs if at all possible.”

In locations such as Mall of the Emirates, The Toy Store has been removed from mall directory with shutters pulled down and customer service representatives confirming the closure. While the shop is still listed on Dubai Mall’s site again customer service confirmed the unit was shut.

At a number of other The Toy Store branches phone numbers either go unanswered or are disconnected. The website of The Toy Store no longer functions, saying only that it is ‘under maintenance’. 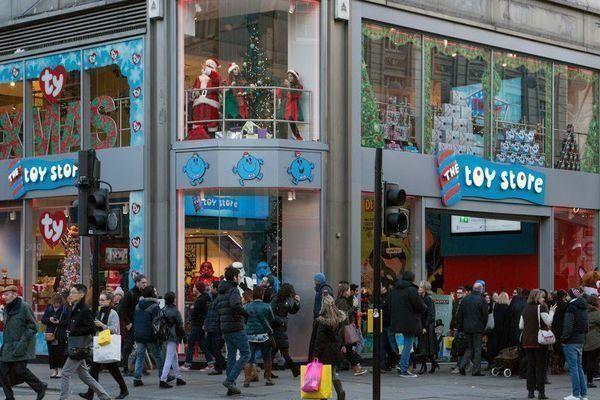 The immediate fate of the Hallmark stores remains less clear with some continuing to operate, such as in Dubai Mall. Arabian Business has attempted to contact both the UK business of Hallmark and the phone numbers and email address for hmkgcc.com. As an international brand represented by, rather than owned by, Gulf Greetings its stores may have a different path ahead.

Gulf Greetings has given an email address for suppliers to direct their inquiries, which they say have yet to be answered.

Suppliers, who wished to remain anonymous, said that more than 100 alone in the UAE would be affected, with international companies also likely to be hit.

“What we are being told is that it is unlikely that we will get any of that money back, especially when there are giants such as the banks or the malls in front of us in the queue. What is incredible was that I was speaking with the CFO on Thursday and was given no indication this was about to happen. I still have cheques from the company dated January 2021.

“The company has been struggling to pay for some time now, this predates coronavirus by years, the pandemic has only accelerated this. It is an unmitigated disaster.”

Another supplier said: “Suppliers can’t even get their stock back as it is in stores which are shut. It is likely the stock will be auctioned off by the malls, which themselves are owed rent.

“One of my friends is owed AED 2.5 million but they supply a number of brands so they will survive, another is owed AED600,000 and this will finish them off as this was their only brand.”

In 2016 The Toy Store closed its flagship shop in Oxford Street, London less than a year after opening.

Arabian Business has emailed Gulf Greetings directly, approached members of the management team and attempted to call both its listed premises in Jumeirah Lakes Towers and Al Quoz with no response.

In December Arabian Business revealed how Sprii UAE, one of the biggest online shopping platforms “offering everything for mums in Dubai and the Middle East” had been placed in liquidation, with suppliers owed hundreds of thousands of dirhams in that case.

Capmocracy - March 1, 2021 0
In the human experience, the family is the first form of government, health care, community and early education an individual will encounter.  This basic social building block is not a...