Emirates Airlines has denied incorrect reports that it has suspended flights to Saudi Arabia, Kuwait and Oman.

In response to the stories circulating online on Sunday claiming the Dubai-based carrier had suspended flights to these three destinations, an Emirates spokesperson told Arabian Business that all flights are operational and “there is no veracity in these reports of flight suspension.”

While flights to Saudi Arabia, Kuwait and Oman had been briefly suspended towards the end of the December, following border closures, “everything is now operational again” confirmed the spokesperson.

In December, Oman, Saudi Arabia and Kuwait had also temporarily suspended all international travel as fears grew about a new fast-spreading strain of coronavirus which had first appeared in Britain. 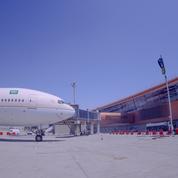 Saudi Arabia has extended extending its ban on international flights until March 31, excluding “exceptional cases”, according to a statement by the Saudi Press Agency (SPA) issued on Friday which cited an official source from the Ministry of Interior.

Entry to the Kingdom, however, is allowed for citizens of the GCC and non‑Saudis with an exit and re‑entry visa, work permit, or resident permit, as outlined on the Emirates website.

This comes in as passenger traffic through Dubai Airports in 2020 fell by 64 percent from the year before, as travel restrictions imposed due to the coronavirus hit tourism.

The number of people passing through the airport was 17.9 million last year, according to the General Directorate of Residency and Foreigners Affairs in Dubai. That’s down 32.5 million from 50.4 million in 2019, according to data from the government agency. 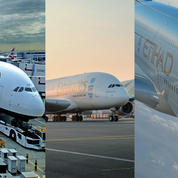 It has been a mixed start to 2021 for Gulf aviation with Britain’s third national lockdown likely to deliver a hard blow for airlines that serve the UK–UAE route, according to experts.

During the lockdown period, which is likely to continue until at least March, only essential trips are permitted, including travelling abroad. Holidays are currently off-limits for most Britons, and the new restrictions will entail wider travel curbs.

One boon, however, has been the Al Ula peace accord which has seen the end of the Qatar rift with the UAE, Saudi Arabia, Bahrain and Egypt. Since last week’s historic announcement both Qatar Airways and Saudia, the national airline of the kingdom, have revealed plans to begin flying to each other’s countries in the coming days.

Capmocracy - February 25, 2021 0
House Speaker Nancy Pelosi (D., Calif.) speaks to the press prior to the House passage of the “Equality Act” at the Capitol in...
Politics

Capmocracy - February 25, 2021 0
Past Twitter messages from President Biden and one of his top aides -- both criticizing former President Trump -- weren't appearing to age...
Opinion

Capmocracy - February 25, 2021 0
Springfield, Massachusetts is one of the toughest cities in the United States, but it was not always that way. Basketball was invented in...