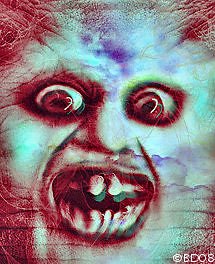 We are brazenly told that we must accept whatever they tell us. Anyone who dares to question them will be ostracized, censored, and destroyed along with all the others who have been used as public examples.

These powerful intimidation tactics are what Fascism really looks like. They work best on weak-minded individuals. It should surprise no one that the same Leftists and their various factions have been working to weaken the “collective” American mind for decades so that it will surrender more easily to this sort of oppression and persecution. How easy was it to coerce most people in a country of 330+ million people to put rags on their faces with no end in sight?

Now, we are supposed to believe that it’s sane for the great victors in the election who will control two of the three branches of our federal government to consider that it is their highest priority to oust the President in his last week and a half though he has been there for four years.

America has watched as the same players spied, lied, and tried to oust him throughout his Presidency with baseless charges of which they themselves are being revealed to be guilty. Talk about not accepting the results of an election!

With no investigation whatsoever, they demand that we believe their wild assumptions that Trump incited violence on January 6.  Those who were interested watched his entire speech.  It’s available on YouTube, at least it used to be. Of course, those who have already made up their minds aren’t interested in watching it. Many more are cheering America’s new and unprecedented censorship of political “dissidents.”

Why is the Deep State so desperate to remove Donald Trump in what they insist is the last week and a half of his Presidency? Do they care that there is video evidence of “protestors” being led into the building by what appear to be Capitol Police who guided them where to go?  Yes.  They’re interested in that about as much as they are in voter fraud.

Does it matter that at least some if not most of those protestors are already alleged to have been Antifa “agents provocateurs” about whom they were briefed that same morning?

If Antifa’s primary mission was to perform a false flag operation to hand the media and the left the needed faux moral outrage to smear Trump and his millions of supporters, they believe they have succeeded. We’ll see.

Who appoints themselves judge, jury, and executioner of 70+ million people for the actions of a few no matter who they turn out to be?

Bigots do that. These appear to be very scared bigots.

What about the riots we witnessed throughout the summer with blatant encouragement from Leftist politicians? We have the video, unless YouTube and others scrap that too.

Their grand silence spoke volumes when cities burned, historic monuments were destroyed and innocent people were killed. Their crocodile tears now are more indicative of desperation than moral outrage.

Who has consistently exhibited unhinged and out of control behavior? The answer is the same finger-pointers who have been obsessed with destroying Donald Trump from the very beginning. It’s impossible to forget that Maxine Waters wasn’t joking when she called for Trump’s impeachment before he was inaugurated.

Is there a 25th Amendment for ousting the Deep State?  I believe there are those who are still working on it.

Give Us the Truth or Nothing

Winter is Coming; Are Markets Getting Ready?

Woke Classrooms Show Why US Parents Should Be Free to Choose...