Defying the overall sluggish sentiment of the global real estate market due to coronavirus-induced challenges, Azizi Developments announced record sales for the last month of 2020.

The company, which in August announced plans to invest over AED3.5 billion ($953 million) in the construction of 45 buildings across Dubai over the next two or three years, said its December performance paved the way for a “promising 2021” in terms of both sales and construction progress. 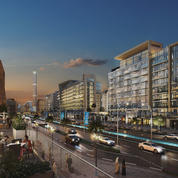 Works include developing 14 and 22 buildings in Riviera phase 3 and 4 respectively, its three Avenue buildings in MBR City, two projects in Dubai Healthcare City, and four projects in Al Furjan.

Azizi Developments said it recorded noteworthy sales across a number of projects in December, including Riviera, Al Furjan, Mina on Palm Jumierah, and Creek Views I and II in Dubai Healthcare City.

The developer’s sales increased by over 60 percent compared to November and made up over 22.5 percent of the total sales in 2020, with Riviera’s share being at almost 70 percent.

Riviera, a waterfront-lifestyle destination located in the heart of Mohammed bin Rashid City, will upon its completion comprise 71 mid-rise buildings with over 16,000 residences. 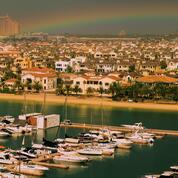 About 38 percent of these transactions were from the off-plan market, while 62 percent were in the secondary market.

Nima Khojasteh, executive director – Sales and Marketing at Azizi Developments, said: “We’re seeing a V-shaped recovery – when we look at the numbers, from the lowest we’ve had in May – 1,452 transactions, the market is experiencing a recovery by more than 270 percent.”

He added: “All of our developments represent direct responses to carefully researched, contemporary market trends and needs. This growth percentage is a testament to the importance that we assign to our customers’ best interests.”

Elite Panic Over The California Recall Shows What They Think Of...

Capmocracy - February 24, 2021 0
The latest signature count for the effort to recall California Governor Gavin Newsom is over 1.7 million, and “alarmed party leaders” are panicking, making “all...