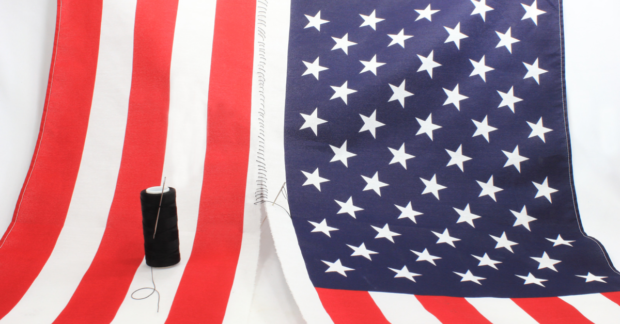 Charlotte, NC — Soon after Election Day in November, Joe Biden, his Democratic followers, and the mainstream media all started saying we needed to start focusing on unity. We were told that Biden was going to be the President of all Americans. Joe Biden even announced that his Inauguration celebration was all about unity as well.

While, to the left, it may have sounded good, it was just lip service. The Left holds nothing but disgust toward those who support President Donald Trump.

Take a recent conversation by CNN’s Don Lemon and Chris Cuomo. Don Lemon said that if you voted for President Donald Trump, you were supporting the KKK and the Capitol rioters. How absolutely asinine!

CNN’s @DonLemon: If you voted for Trump, you’re with the Klan & the Capitol Hill rioters pic.twitter.com/xDi7zQwt9O

Comments like these do nothing to focus on unity or coming together as Americans. Instead, they continue to further divide our nation.

Rather than focusing on the issues that drove Americans to support President Donald Trump following 8 years of divisiveness and increased racial tensions with Barack Obama, Democrats believe they can simply force the socialistic plans on Americans. They believe that Americans will not “fight back” against those ideas. If they do, well then they are true racists and members of these extremist groups that rioted.

Many conservatives believe the Left will continue pressuring them as we start into the Biden administration and they gain more power and control. They fear more retaliation in public spaces, like what happened to Parler and many on Facebook and Twitter. They believe that those same actions could bleed over into workplaces as well.

There is little reason to doubt such a move given that some Democratic lawmakers, like Alexandria Ocasio-Cortez (D-NY), have called for registration of Trump supporters. It does little to show an image of unity and reconciliation.

This is, of course, is what we came to expect after 8 years of Barack Obama. For several years, Democrats spent time shoving legislation after legislation down the throats of Americans. Most of that legislation was not even read by the lawmakers who voted for them.

The conditioning that the Left told us all that denying such measures was racist, discriminatory, and that it was hurting Americans. They continued with those same words about everything, playing to the feelings of Americans rather than the better judgment and common sense of Americans.

The Left’s blueprint of unity looks nothing like unity at all. It looks more like suppression and control and the mainstream media is committed to helping them.

Impeaching and Spending Our Way to Unity

Democrats impeached President Trump for the second time in just over one year on Wednesday. They issued one charge, which was inciting insurrection against the US Government. They completely ignore the statements of Trump, which many Democrats and others have used in the past.&nbsp; The Left continues to push an agenda against Trump supporters, labeling them all as supporters of the KKK, White supremacists, and supporters of the Capitol violence.

When Democrats Make A Racist Of Seuss, Me Thinks They Are Way Too Deep In The Juice

‘Trumpism’ Defined and the Future of the ‘Polished’ Populist GOP