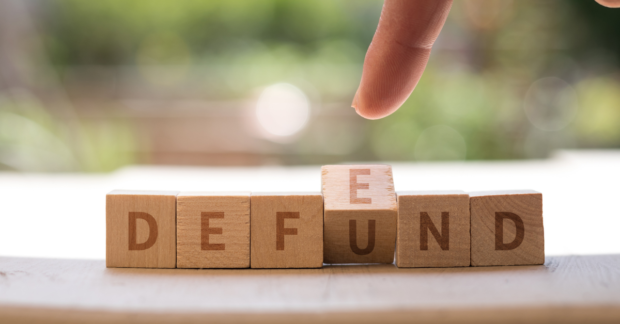 Over the past week, we have been gifted some absolutely mindless ranting by Rep. Alexandria Ocasio-Cortez (D-NY). In an hour-long Instagram rant, she opined on a multitude of issues that is simply too much to cover in one article. One thing that she did cover that is worth noting is law enforcement.

In her comments, AOC directly attacked Trump’s Cabinet members who she said claim to “back the blue.” In her rant, she said that Cabinet members had blood on their hands for their actions surrounding the Capitol riots. She continued that they claim to back the blue, but have no respect for law enforcement when the issues hit reality.

She has said that law enforcement across the country is stricken with white supremacy and racist actions. She has indicated that they do not equally apply the law and that they discriminate and focus on minorities more than whites. But she had something different to say when those same officers were needed by herself.

She said that the event was traumatizing and that it was scary to run down the halls of the Capitol not knowing if a law enforcement officer would be there to help her.

Rather than supporting law enforcement and trying to make sure they have the resources necessary to do their job efficiently, AOC and her band of socialist misfits would rather attack them, calling them white supremacists, racists, and saying they deserve to lose their jobs. She sure seemed to be happy that they were present on January 6 to protect her as she feared for her life, however.

If law enforcement was truly as racist as AOC and her cohorts claim, they could have easily chosen not to defend her and protect her at the Capitol that day. The same would go for any minority member of the House and Senate. Instead, those brave law enforcement officers defended everyone equally, just as law enforcement do across this country day in and day out.

The Mindless Ramblings Of AOC

The next few weeks will be filled with multiple news stories about Joe Biden and the progressive agenda that he will be pushing with legislation and executive orders. Before that begins, Jared decides to take a deeper look at recent statements by AOC.&nbsp; In a recent Instagram rant, AOC took on southern red states and said that they need to be liberated.

Capmocracy - February 25, 2021 0
House Speaker Nancy Pelosi (D., Calif.) speaks to the press prior to the House passage of the “Equality Act” at the Capitol in...
Politics

Capmocracy - February 25, 2021 0
Past Twitter messages from President Biden and one of his top aides -- both criticizing former President Trump -- weren't appearing to age...