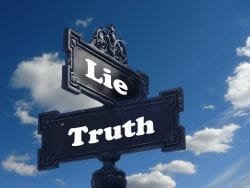 A systematic takeover of democracy has occurred. It was swift and decisive. It happened right before your eyes while you still doubted its possibility. You may or may not be familiar with a Color Revolution, but it is happening on U.S. soil. All the signs were there, everything was put into place, but no one stopped it. This was in the making for decades, you just didn’t see it. (Related: Former Special Forces Officer Warns of
Color Revolution Tactics Used Against
Trump)

Where do we go from here?

Well, while some of you sat in your home full of fear, confusion, and disarray the left used your shattered reality to push their agenda. The level of fear was just enough to get Americans under control, and the virus was the perfect weapon to knock you further off-kilter. They stole not just one election but two.  Noone stopped them. President Trump was just a means to an end. It wasn’t about him, he is for the people and the country,  but he stood in the way of their integral objective and there was no stopping them now.

Leftest Democrats, RINOs, large corporations, combined with big tech all control what you hear and what you say.  Ask Alexa. Networks like NewsMax and OANN,  like us, are all under attack. They want to eliminate people like Tucker Carlson, Josh Hawley, or anyone who stands up to them. They will destroy careers, shut down accounts, and will not stop their vengeance until they have destroyed the lives of anyone who supports President Trump.  They will continue until they have the power and control they feel they are entitled to.  So ask yourself this:  “Who in the government is standing up for our rights, you know that thing we have called a Constitution?” Well, let me answer that for you, “A very small minority” and the threats of violence, etc they are up against are unprecedented. We’re next.

Believe it or not, Marxists have infiltrated the democrat party and are aligned with foreign governments. The end game is to fundamentally change our county. They will do whatever it takes to stop anyone who gets in their way. None of this was about president Trump. It was about us and an attack on our beliefs, our Constitution, our way of life all of which they despise. President Trump got in the way, he was not part of the swamp and he would not comply with their demands. So, they found a way to get rid of him. You. American’s who would be fed information day in and day out by every media station, social network, corporation who had a vested interest in removing the current president. They attack those on top first before they get to you. Don’t think for one second that you’re not next.

So, to be clear, the cancel culture who is really the Marxist left is out to CANCEL our entire way of life. All the things we as Americans take for granted like free speech, or simply asking questions which normally would bring people together, to the removal of all freedom as you know it will all disappear. This all started slowly under the disguise of “tolerance” as I told you many years ago and it evolved into what you see before you today. There was never anywhere for it to go except the direction it has taken because there hasn’t been a politician in the swamp to stand up to them. Think about this, “How many people could sustain the abuse, outright lies, and ridicule President Trump and his family have had to sustain?” Don’t you wonder why they are going to all this trouble to get rid of him? Doesn’t it make you just a little bit curious when they tolerated every other president ( well RINO) prior to Trump?

The fact of the matter is the left is playing head games with you. They have been doing it for a long time.  RINOS are and always have been a part of that game. Those of you who believe there were two parties are wrong. Democrats and Republicans have been part of the deep state for decades. That should be clearly evident to you by now. These people who are in control of our government, along with all the others previously mentioned all want you to feel bad and guilty about things you had no control over. You weren’t even alive, none of us were. Remember Genghis Khan or the Roman Empire? What about General Custer and the decisions he made? Are we responsible for them too?

Why are some of you feeding into their demands? Why don’t you see it what’s happening? Stop the white privileged garbage, it’s racist. All lives matter not just some of them. The left started the whole concept of White Privilege, yet it is the very thing they say they are trying to end, which is discrimination. They are engaging in the one thing they are claiming to dissolve; are they really that stupid? No, they are not, they no exactly what they are doing and they need division across the country for their plan to work.  Ironically, the pathological liars on both sides have labeled Trump supporters racists, white supremacists, etc when they, the democrats were the ones who are aligned with racism from the beginning. They are the racists and always have been. https://www.conservativedailynews.com/2020/08/the-democratic-party-racists-from-the-beginning/

They want you to hate your country the way they do. They want you to be ashamed of the greatest country in the world. They are out to destroy the United States, Did you really think it was about social justice or events that transpired before you were even born? Many of the statues they destroyed had nothing to do with slavery. What did churches and religious icons, retail stores, food stores, small businesses, etc have to do with the civil war or social justice? Yet they were destroyed and while BLM thugs did their early Christmas shopping via taxpayer money, Democrats did nothing to stop any of it. Do you get it yet? They are allowing crime to escalate.

This is not about freedom for all, it is about taking away your freedom.  It is nothing short of tragic how the entitlement generation, combined with Marxist democrats and cowardly republicans, conspired against anything good, just or decent in our country. So many people chose to surrender their rights, while hiding in fear over a virus. Many people believed, for some reason, that the individuals running the country were smarter then them and therefore they welcomed the directives.  Some people turned into obedient little sheep, allowing their masters the wolf, to lead them into submission. Sadly, some politicians are so complacent they are already trying to find way to take taxpayer money and give it to freeloaders in the form of reparations and you, the taxpayer, have no right to speak up.

So, as I said before, they had everything they needed to implement a color revolution right here in the United States, the greatest democracy  in the world. They knew what they were doing,  it was planned after all: Former Secretary of State John Kerry attended the Alliance of Democracy panel in Copenhagen labeled the Democracy Summit. At the Summit when asked about his experience losing the 2004 election and whether he thinks Trump would leave office “in the manner we’ve been accustomed” if he loses the election, Kerry drew a comparison between the potential unrest that could come if Trump were to be reelected to the Revolutionary War. Keep in mind, Kerry was involved in the color revolution of many countries:  Bahrain (Pearl Revolution), Russia (Snow Revolution), Macedonia (Colorful Revolution), and Armenia (Velvet Revolution) to name a few and now we have the U.S (D.C. Revolution).

Do you understand what a color revolution even is? Let me say this again. A Color Revolution is a fundamental process implemented to overthrow a duly elected government, which they did. Now their goal is to change the entire country and if they succeed, you know that feeling you get when you feel like your living in the Twilight Zone? Well, that feeling will never go away, because it will become your new reality. Take a listen at the viewpoints of Beijing Biden and the other Marxists Democrats.

So, November 3, 2020 President Trump was re-elected for a second term, then the left went to work in the wee hours of the morning and conned you into thinking Beijing Biden won.  For some reason some of you cannot look beyond party lines and realize that the both parties were one in the same for a very long time.  You have the RINOs on one side and terrified Democrats on the other, combined with the new Marxist democrat party, but all are a part of the deep state. If you think about all the various departments within the government and SCOTUS you have to wonder what the deep state has on individuals to keep them in line the way they do. Some of us ponder the possibilities of how they can exhort so much control over the other swamp creatures in Washington, but in the end being a coward, the way so many of these politicians are is really just an unacceptable, inexcusable ploy . You have to wonder, especially now, if any of them will be held accountable for all their criminal, treasonous behaviors?

You don’t have to take my word for any of this,  just do your research, use your intelligence to sort through all the information to determine what is fact and what is fiction. Then and only then will you see who is lying and who is telling the truth. You would also have to apply common sense. Listen very carefully to what all politicians are saying. Open your mind to the idea you may be one of the people who has made a mistake in your thinking. Either way it won’t change or fix what has happened so all Americans along with their children, grandchildren, and so on will have to live with whatever comes next.

Let’s take a trip down memory lane, shall we? We might as well start with the China virus although you need to keep in mind the revolution here started long before the China virus.

The China virus helped to expedite what was already in place. It provided, if you will, the point of no…

Capmocracy - February 26, 2021 0
Viral video footage shows a little girl bursting into tears when she discovers that she can finally return to the classroom. Clara Zanotto’s mother...
Asia

Vendor management in the time of Covid-19