The founder and CEO of KBW Ventures, a prominent venture capital firm in the Gulf, believes the global coronavirus pandemic will boost the food-tech industry as consumers seek safer food alternatives. 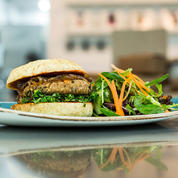 Food debate: Will the vegan revolution kill the meat industry?

In an interview with state news agency WAM), he said: “With the proliferation of zoonotic disease, and the growing public awareness about the benefits that food-tech alternatives can provide, the pandemic has created a ripple effect. People want to know more about their food systems, and they want better, safer alternatives.”

Prince Khaled, pictured below, added: “This is why I’m so excited about acting as an advisor to XPRIZE’s Feed the Next Billion challenge,” referring to the competition sponsored by ASPIRE, an arm of Abu Dhabi’s Advanced Technology Research Council, which seeks food-tech solutions around chicken breast and fish fillet. 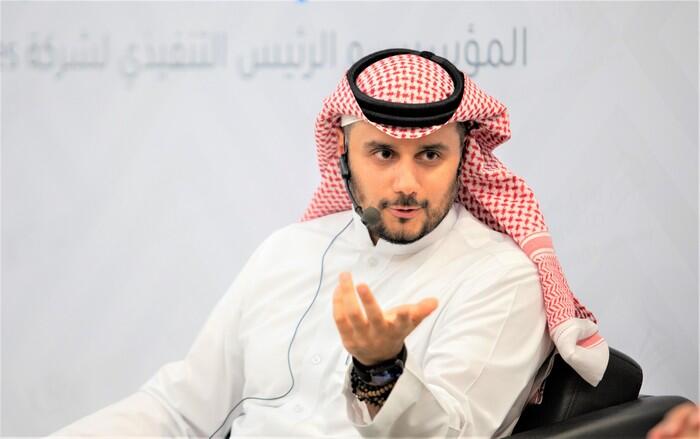 “These are the exact types of companies that we invest in; plant-based and cell-based solutions meant to give the world cleaner, healthier, more sustainable alternatives,” said the venture capitalist who advocates for and invests in food technology, including alternative proteins and cellular agriculture.

Born in California, he spent his youth in Riyadh under the mentorship of his father, Prince Alwaleed bin Talal Al Saud, chairman and founder of Kingdom Holding Company. 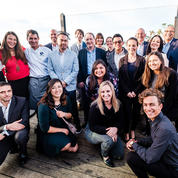 In the interview, Prince Khaled forecasts a bright future for food tech in Saudi Arabia and the UAE.

“In both Saudi and the UAE, the governments are looking more towards biotechnology [food-tech sources] and agtech [agricultural solutions like vertical farming] to prepare for and meet any food security issues that may arise,” he said.

“Both governments are also looking at these tech-based alternatives because they are sustainable and help to reduce GCC’s impact on the climate crisis. Science is going to be the answer to most of the problems we are dealing with now, so we better all get on board.”

Prince Khaled has invested in multiple rounds in four separate cellular agriculture start-ups, numerous plant-based start-ups, as well as other parts of the food supply chain.

He said he believes more awareness is needed among all investors and businesses about emerging technological ventures. 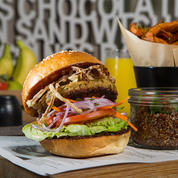 Video: Will the vegan revolution kill the meat industry?

Influential documentaries like Cowspiracy and What The Health have thrown a spotlight on the intensive meat and dairy industry, exposing the impacts on animal and human health and the wider environment.

“There are answers to the world’s big problems, but investors are always needed to help propel these scientists and technologists in their missions,” he added.

Asked whether the pandemic-led slowdown might hinder investment flows into cleantech and green energy, he told WAM: “I disagree. Similarly, there were predictions that venture capital would stop moving in general, regardless of the industry. That proved untrue; KBW Ventures has invested quite a bit since the onset of the pandemic, and so did many other venture capital firms.”

“Global decarbonisation is a pressing issue, and investors who are backing companies relevant to that are ramping up due to the pandemic, not slowing down,” he added.

Iraqi President warns against complacency in the fight against terrorism |

Capmocracy - September 25, 2021 0
Taliban authorities in the western Afghan city of Herat killed four alleged kidnappers and hung their bodies up in public to deter others,...
Soccer

Marcos party names his only son its presidential bet