Emirates Waste to Energy Company has announced plans to develop a landfill site into a solar farm — the first of its kind in the UAE.

The joint venture between environmental management company Bee’ah and clean energy major Masdar will deliver the solar photovoltaic (PV) project to generate up to 120 megawatts (MW). 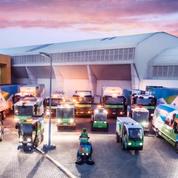 It will be constructed on top of Bee’ah’s Al Sa’jah landfill in Sharjah and will be delivered in three phases, with the first phase due for completion in 2023.

The agreement was announced jointly by Khaled Al Huraimel, group CEO of Bee’ah and chairman of the Emirates Waste to Energy Company, and Mohamed Jameel Al Ramahi, CEO of Masdar, during Abu Dhabi Sustainability Week.

“Waste is a growing issue in the Gulf Cooperation Council region. However, this project highlights how we can utilise closed landfills to deliver clean energy, while simultaneously supporting the UAE’s clean energy targets and UN Sustainable Development Goals. We are confident that this project can become a benchmark for other landfill sites in the region,” said Al Ramahi.

Al Huraimel added: “As a pioneer of zero waste solutions, Bee’ah is looking to create new value from capped landfills while supporting the deployment of renewable energy in the UAE and I am confident that we can replicate this same model of success for other cities in the Middle East.” 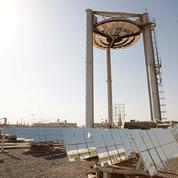 Finding productive uses for closed landfills is a global industry issue due to stringent environmental monitoring and remediation requirements that can take up to 30 years.

Emirates Waste to Energy Company will be responsible for the financing, design, procurement and construction. Under the terms of the lease agreement, operation and maintenance services will also be provided by the company for a 25-year period.

The 30MW Sharjah Waste to Energy project is currently under construction and is due for completion later this year.

The power plant will divert approximately 300,000 tons of solid nonrecyclable waste from landfill each year, helping Sharjah achieve its zero waste-to-landfill target and the UAE’s goal of diverting 75 percent of its municipal solid waste from landfill by 2021.