The AED800 million ($217.8m) sale of the iconic Sky View Hotel in Downtown Dubai, which concluded earlier this month, has been described as a “breakthrough” moment in terms of attracting investors into the emirate’s luxury hospitality market.

The hotel, which opened its doors in December 2019, was sold by a subsidiary of Dubai-based Emaar Properties to US-based Evergreen Hospitality after almost 16 months of negotiations. Under the deal, the hotel management agreement remains with Emaar, which also retains ownership of the Sky Bridge restaurant.

George Azar, chairman and CEO of Dubai-based Luxhabitat Sotheby’s International Realty, who brokered the deal, told Arabian Business: “I think this was a breakthrough to bring smart money, sticky money, into the market. Having international buyers and funds coming into the market, especially European funds, is very good for Dubai because it gives it a good rating from a global perspective.” 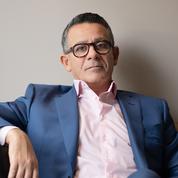 George Azar, chairman and CEO of Dubai-based Luxhabitat Sotheby’s International Realty says increased taxation to pay for Covid-19 aid could see an influx of investors into the emirate

Azar revealed that there were four potential buyers interested in acquiring the hotel, which boasts 169 rooms and 551 apartments, with a floating sky bridge and 70-metre long infinity pool some 220-metres from the ground.

“First of all, it’s an iconic building, the architectural work of it, it looks like the Singapore building,” he said. “Clients are always attracted to prime assets. If you put Dubai on the map you see Burj Al Arab, Burj Khalifa, the Sky View. It is a landmark building, which attracted them.”

Azar explained that investors, particularly European venture funds, are now looking to complete similar deals with AAA-rated companies in Dubai, with the opportunity to earn higher yields on their investment than other assets in other markets. 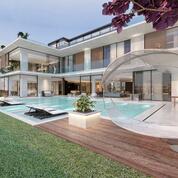 “We are in discussion with other funds to acquire other assets in the UAE, but again it’s all prime, it’s all big operators, it’s all AAA names. It’s not the second tier, it’s not the third tier, it’s really that one percent bracket in Dubai, whether it’s commercial, hospitality or residential,” he said.